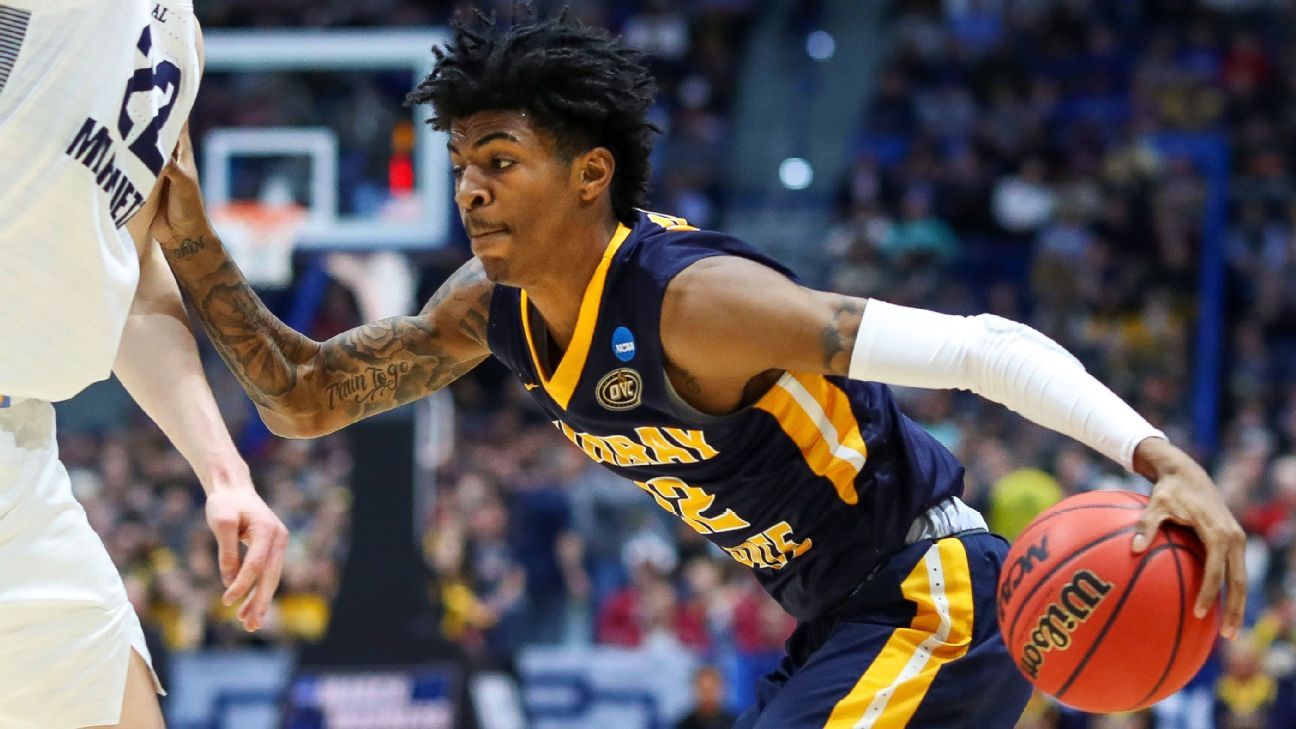 Two teams with a combined 58 wins will square-off in the second round of the NCAA Tournament as the upset-minded Murray State Racers take on the fourth-seeded Florida State Seminoles from Hartford, Conn. Saturday. The 12th-seeded Racers took down fifth-seeded Marquette in a battle of two of the best players in the country in Murray’s Ja Morant and the Golden Eagles’ Markus Howard. Morant easily stole the show and recorded the first triple-double in an NCAA Tournament game since Michigan State’s Draymond Green did so in 2012. Morant scored 17 points on just nine field goal attempts, grabbed 11 rebounds and dished-out 16 assists in leading the Racers into a second round matchup with red-hot Florida State. The Seminoles have won seven of their last eight, with the only setback coming against Duke in the ACC Tournament last weekend. Florida State was tested by 13th-seeded Vermont on Thursday before ultimately using their depth to pull away in the second half for a 76-69 victory. The Seminoles’ 28 wins are the most in school history.

Murray State has won 12 consecutive games with future NBA Draft Lottery pick Morant leading the way. The sophomore was in on 53 of Murray State’s 83 points on Thursday and his triple-double wouldn’t have been possible without solid efforts from his teammates. As a team, the Racers shot 53.6 percent from the field and made half their 3-point shots while recording 23 assists. Freshman guard Tevin Brown led the way with 19 points including 5-of-9 from beyond the arc, while KJ Williams and Shaq Buchanan combined for 30 points.

Florida State fans should be a little worried about Murray’s 3-point shooting, which the Seminoles had a hard time guarding against the Catamounts Thursday. Vermont made 16-of-32 from beyond the arc, but the ‘Noles did hold opponents to around 33 percent from 3-point range during the season. Florida State shot 31 percent in the first half, but Mfiondu Kabengele help lead a second half charge by scoring 21 points on 6-of-13 shooting while also going 9-of-12 from the free-throw line and adding 10 rebounds. Senior Terance Mann was the only other double-digit scorer with 19 points on 6-of-8 shooting while bringing down eight rebounds for the second consecutive game.

This Murray State team is very dangerous and will give the Seminoles all they can handle. I think Florida State will come away with the victory, but five points is a little too much to give a good three-point shooting team like the Racers.

How To Manage Your Bankroll While Playing Online Casino Games?

Earl Morgan - January 25, 2022
Casinos are fun, and most of them come with their own license too ensuring you are going for genuine ones. If you are wondering...

4 Ways Why Online Casino Games Are Perfect For gambling

Earl Morgan - January 25, 2022
We are undergoing a digital revolution like never seen before. With the pandemic, things have changed a lot. Online casino games have become quite...