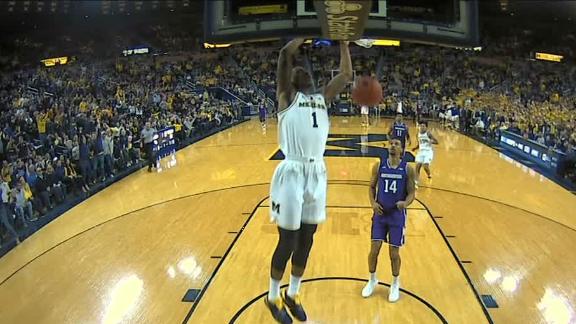 The Big Ten Tournament Championship Game comes down to two bitter rivals as the Michigan State Spartans take on the Michigan Wolverines Sunday afternoon at the United Center in Chicago. The Spartans won the regular season conference title and the No. 1 seed thanks to sweeping the season series with the Wolverines, who came in as the third seed. Michigan State took care of Ohio State 77-70 – as 10.5-point favorites – on Friday then cruised past Wisconsin 67-55 Saturday, covering the 5.5-point spread. The Wolverines have won 10 consecutive conference tournament games and can be the first team in Big Ten history to three-peat. Michigan has made this year’s edition look rather easy thus far, beating Iowa by 21 on Friday, then crushing the upstart Minnesota Golden Gophers 76-49 in Saturday’s semifinals. Michigan State won and covered the spread in both meetings this season, winning 75-63 at home, and 77-70 in Ann Arbor. Both are currently listed as two-seeds in the latest ESPN Bracketology report, but are unlikely to impress enough to earn a top seed.

Michigan dominated Minnesota from the beginning, leading by as much as 35 at one point and shooting 51.6 percent from the field and only committing seven turnovers. Isaiah Livers led the way with a career-high 21 points on 8-of-10 shooting. Zavier Simpson did not turn the ball over once Saturday, while recording 15 points and nine assists. Big Ten Freshman of the Year Iggy Brazdeikis added 13 points and five rebounds while guard Jordan Poole had nine points, seven assists and three steals. The Wolverines are second in the nation behind Virginia in scoring defense at 58.4 points a game.

The Spartans also got off to a great start Saturday behind guard Cassius Winston’s 21 points and six assists despite being hampered by a sore toe. Michigan State led by double-digits very early and never allowed Wisconsin back in the game, holding the Badgers to 35.3 percent shooting including 2-of-10 from long range. Reserve guard Kyle Ahrens played only eight minutes because of a back problem and is likely to miss Sunday’s title game. Xavier Tillman added 17 points and seven rebounds while Kenny Goins recorded 13 points and a team-high 12 rebounds for his sixth double-double of the season.

It’s really hard to beat a team three times in one season, especially when they’re as good as this Michigan team is. I don’t know what it is about March, but the Wolverines are almost unbeatable in big games. Yes, Tom Izzo and Michigan State know how to win big games as well, but I’m taking Michigan in this one for their third straight conference tournament title.