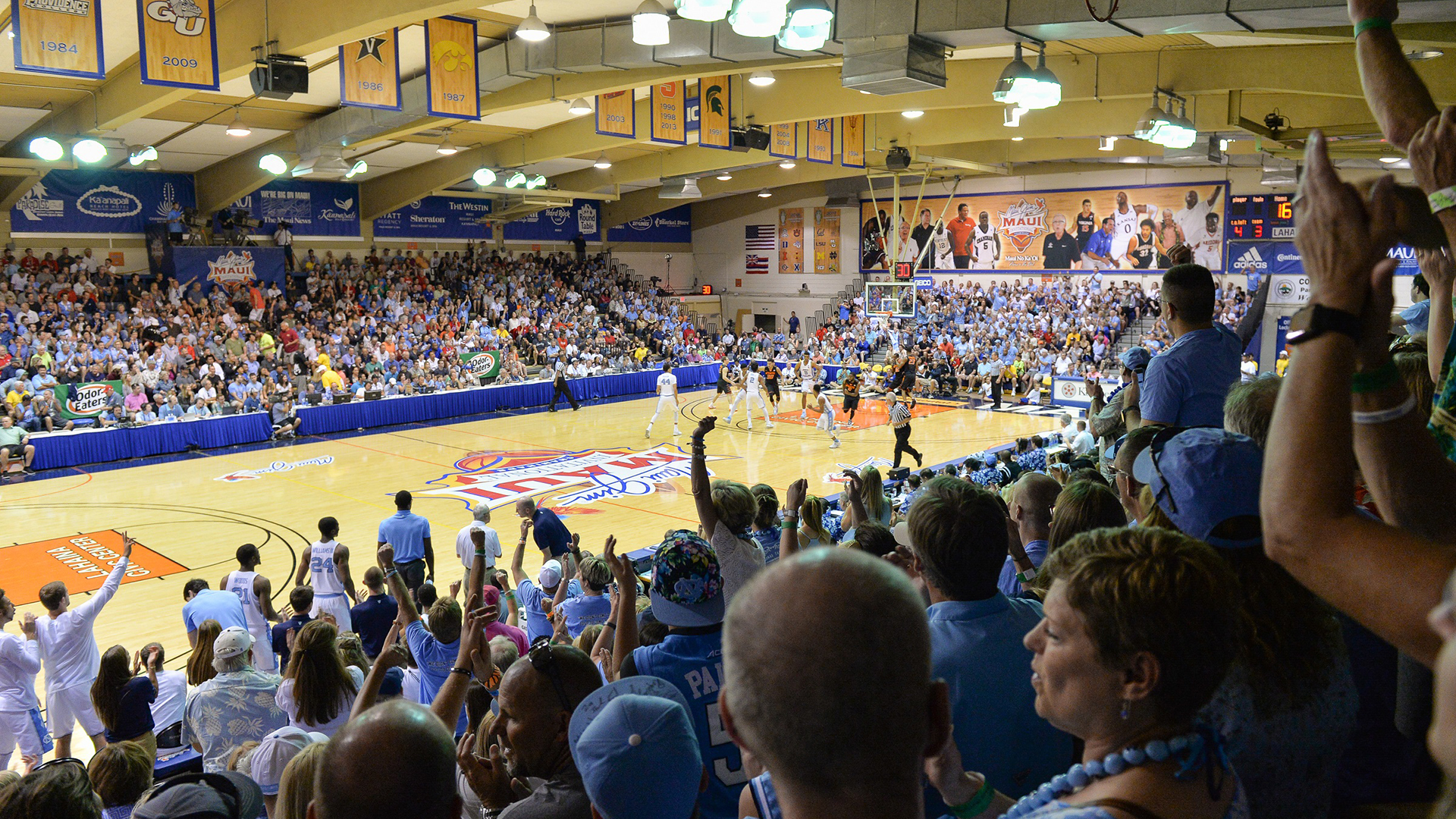 The late game between the LSU Tigers and Michigan Wolverines will conclude the first round of the Maui Invitational on Monday night from the Lahaina Civic Center. While the offense has helped the Tigers win their first two games easily, head coach Will Wade was not happy with the way the defense played in the second half against Samford. LSU won the game 105-86, but allowed Samford to hit 15 three-pointers and score 58 points in the second half. I’m sure the LSU players were already looking ahead to the trip to Hawaii and lost their focus. The Tigers will need to focus for 40 minutes against Michigan, which has opened with wins over North Florida, Central Michigan and Southern Miss. Four players are averaging in double figures for the Wolverines, including senior Duncan Robinson, who scored 12 points on four 3-pointers in Thursday’s 61-47 win over Southern Miss. The winner will take on either Notre Dame or host Chaminade on Tuesday.

The Wolverines roster includes several transfers, but it was sophomore Jon Teske that provided a spark against Southern Miss. He recorded his first career double-double with 10 points on 5-of-5 shooting and 11 rebounds in 15 minutes off the bench. Coach John Beilein has not set a point guard yet, where sophomore Zavier Simpson, graduate transfer Jaaron Simmons and freshman Eli Brooks are each sharing playing time before Big Ten play begins. The backcourt also features senior guard Muhammad-Ali Abdur-Rahkman, who is averaging 12 points, 3.7 rebounds and three assists. First-team All Big Ten preseason selection Mortiz Wagner is averaging 13.3 points and 9.7 boards a game thus far.

Guard Tremont Waters was named SEC Freshman of the Week after scoring 27 points in the season opener against Akron, but was hobbled by an ankle injury in the win over Samford and finished with five points and eight assists in 27 minutes. Baton Rouge product Brandon Sampson had a career-high seven assists on Thursday after averaging just 1.4 a year ago. LSU’s frontcourt is led by 6’11” senior Duop Reath (11.5 points) and 6’10” senior Aaron Epps, who missed the season opener due to a foot injury but scored eight points in 10 minutes against Samford. LSU is 23-9 in the month of November since the start of the 2012-13 season.

LSU is a ways away from competing with the big boys as their defense was one of the worst in the nation last year and has already showed signs of the same this season. Michigan is ready to compete with a deeper roster and experienced coach in Beilein.