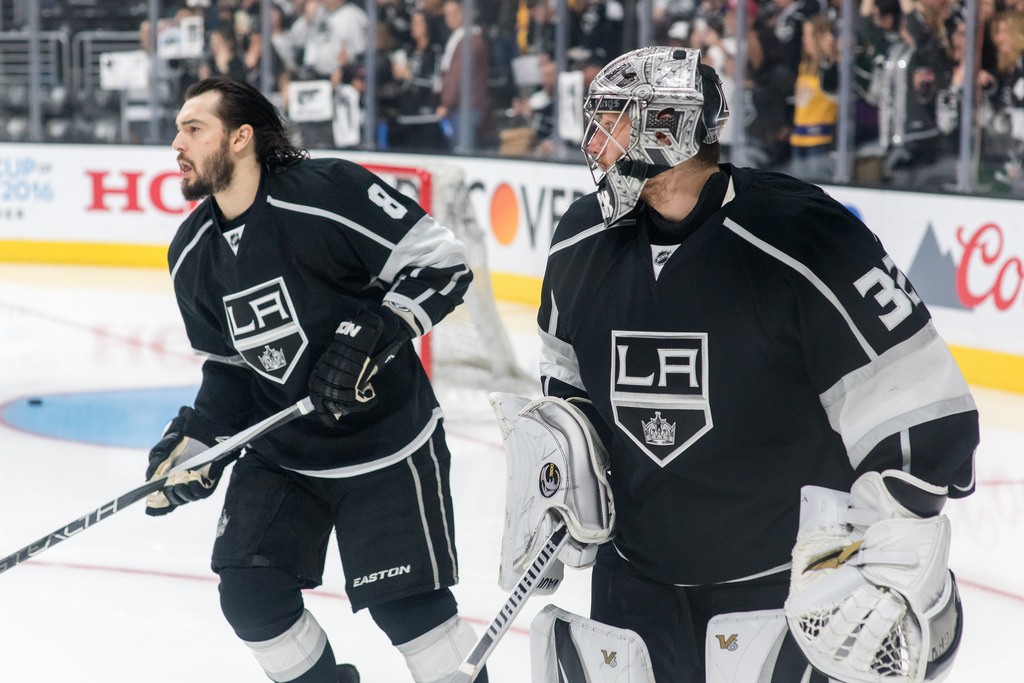 The top two teams in the Western Conference will battle for early supremacy when the Los Angeles Kings visit the St. Louis Blues on Monday night at Scottrade Center. The Kings will conclude their six-game road trip on Monday in a building that no opponent has mastered yet this season as the Blues remain the lone undefeated team at home. Tyler Toffoli capped his two-goal performance in dramatic fashion, scoring off a faceoff with less than a second remaining in overtime as Los Angeles matched the team’s 1980-81 start (9-1 with one tie) with a 2-1 win over Boston on Saturday. Captain Anze Kopitar comes into this matchup with 41 points (12 goals, 29 assists) in 39 career encounters with St. Louis. Like the Kings, the Blues are off to a terrific start and improved to 5-0-1 in their last six on Saturday by winning the opener of their four-game homestand with a 4-1 victory over Columbus. Fourth-liner Scottie Upshall recorded his first three-point performance in nearly three years with a goal and two assists as St. Louis claimed its ninth win in its first 12 games to a season for the sixth time in franchise history and first since 2010-11. St. Louis is a perfect 8-0-0 this season when leading after two periods.

Goalie Jonathan Quick has been terrific in the early going, allowing just one goal in his last two games while improving his save percentage (.946) and goals-against average (1.76) in the process. Quick hasn’t had much luck against the Blues, however, as he’s dropped 13 of 21 career decisions (8-10-3) despite posting a .919 save percentage and 2.23 GAA. Kopitar recorded an assist for his team-leading 13th point on Saturday and is well above pace to surpass his 52-point season of 2016-17.

St. Louis is receiving offense from an unexpected source in Vladimir Sobotka, who scored his first goal of the season and earned his fourth point (one goal, three assists) in five games late in the first period on Saturday. Sobotka, who has collected all eight of his points (one goal, seven assists) in the Blues’ nine wins this season, has scored twice in 13 games since returning to the club from the Kontinental Hockey League toward the end of last season. Jaden Schwartz, who leads the team in goals (seven) and points (15), scored and set up a goal versus Los Angeles last season and has seven points (three goals, four assists) in 12 career meetings with the Kings. The Blues are just 2-for-20 on the power play in their last seven games after scoring one in each of their first five games to begin the season.

It’s too early in the season to say this could be a Western Conference Final preview, but both these teams are playing lights-out. I’m going to give the advantage here to St. Louis because they’re at home and the Kings are ending a long road trip.