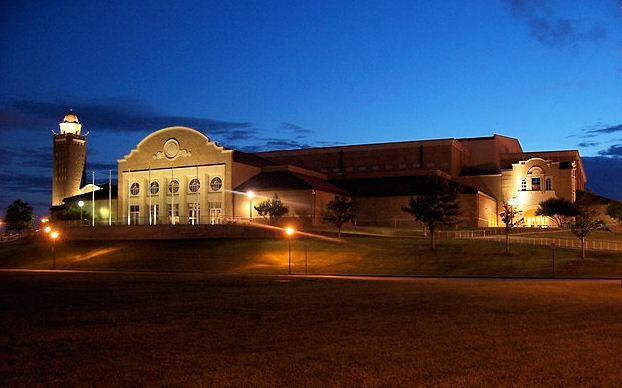 It appears to be a three-team race for the Big 12 regular season title this year, and the two second-place teams will try and stay within striking distance when the Kansas Jayhawks visit the red-hot Texas Tech Red Raiders on Saturday night. The Kansas State Wildcats are currently one-game clear of both Kansas and Texas Tech with just a few weeks to go, making tonight’s game that much more important. The Jayhawks, who have won 14 consecutive Big 12 regular season titles, will host the first-place Wildcats Monday night, but can’t be caught looking ahead. Kansas is just 2-6 on the road this season and are coming off an easy 78-53 home win over West Virginia in which they forced 24 turnovers. 14th-ranked Texas Tech has won six of their last seven, suffering its only loss over that stretch when the Jayhawks pounded them in Lawrence 79-63 on Feb. 2. Since that setback, Texas Tech has won by an average of 24 points per game during their four-game winning streak, including an 86-61 rout of Baylor last Saturday. The Red Raiders are 47-5 at home under third-year coach Chris Beard but 0-2 against Kansas.

Kansas’ point differential on the road is -4.6 as they score eight points per game below their season average, but do hold opponents to 40.7 percent shooting away from home. The Jayhawks were able to show off their depth in the blowout win over West Virginia, and junior K.J. Lawson came off the bench and set season highs with 15 points, three 3-pointers and 24 minutes of playing time to lead five players in double-figures. Guard Marcus Garrett, who leads the team in steals per game (1.8), has missed the last five games with an ankle sprain and may see limited action Saturday after returning to practice on Monday.

The Texas Tech defense has been phenomenal all season, ranking second in the country in points allowed (57.2), fourth at defending the three-pointer (27.6 percent), and tops in field goal defense (36.1 percent). Those numbers are even more impressive at home where they allow just 53.3 points a game and 33.2 percent shooting. Sophomore guard Davide Moretti (10.9 points) has been on fire of late from long range, hitting 16 of his last 30 attempts and is third in the conference during Big 12 play at 47.7 percent for the season. Jarrett Culver leads the Red Raiders in points (17.7), rebounds (6.3), and assists (3.7), but had one of his worst games back in Lawrence when he scored 10 points on 5-of-17 shooting. Tariq Owens recorded one of his two double-doubles of the season in the first meeting with 12 points and 10 rebounds.

Texas Tech’s defense is very tough and this will be a great atmosphere in Lubbock Saturday night, but I’m not willing to lay this many points against any Kansas team. The Jayhawks smoked them earlier this season and beat Texas Tech outright last season as underdogs in Lubbock. I’ll gladly take the points in this one.