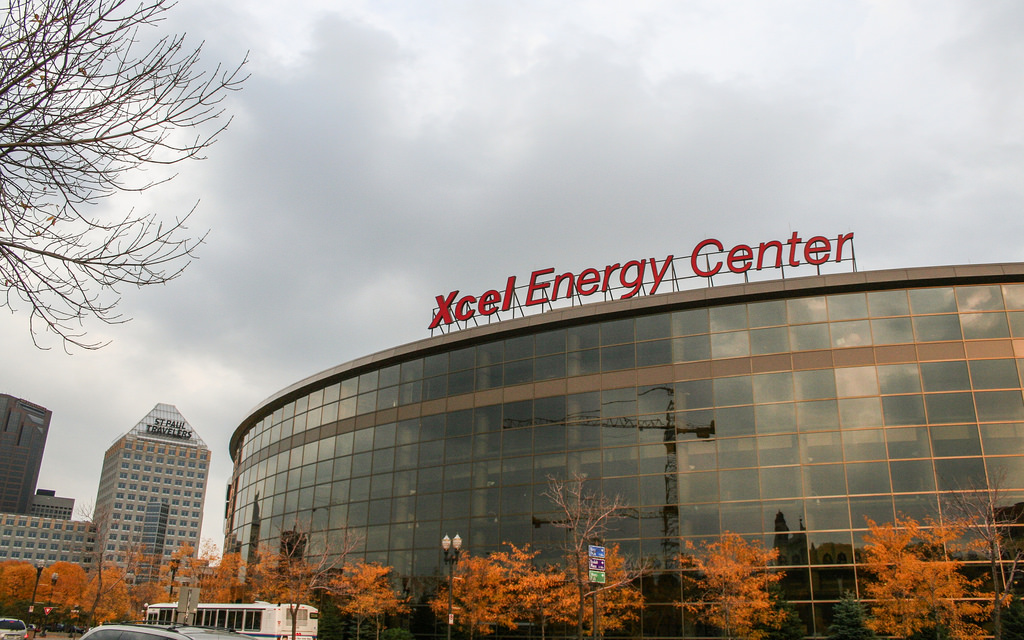 The Winnipeg Jets look to ride the momentum of their home thrashing of the Stanley Cup Champions when they visit the Minnesota Wild on Halloween night in Saint Paul. The Jets, who have outscored their opponents in the first period 16-8 this season, scored five in the opening period on Sunday against the Pittsburgh Penguins, and went on to win 7-1. Blake Wheeler recorded his second career hat trick in a span of 4:20 in the first period and managed an assist in the third period for his fourth four-point performance in the NHL. Wheeler, who hails from Minnesota, netted the game-winning goal in the third period of Winnipeg’s 4-3 win over the Wild at home on October 20th and had two goals and three assists in five meetings last season versus Minnesota. The Jets might have benefited from a tired Pittsburgh team, who the night before, was in Minnesota losing to the Wild in tight 2-1 contest. It was Minnesota’s second straight win after losing five of their previous seven contests. Captain Mikko Koivu, who scored the game-winning goal in the third period versus Pittsburgh, also tallied in the first encounter this season against the Jets and had four points (one goal, three assists) in the 2016-17 season series.

Mark Scheifele had a goal and two assists versus Pittsburgh for his third multi-point performance of the season. Scheifele, who recorded a pair of assists in the first encounter against the Wild, set up Wheeler’s first two goals on Sunday which helped the Jets set a franchise record by scoring three goals in just 34 seconds. Goalie Connor Hellebuyck (5-0-1, 2.05 goals-against average, .937 save percentage) is benefiting from the offensive support by being in net for all five of his team’s wins this season and improved to 3-1-0 with one shutout in his career versus Minnesota following a 24-save performance in the first meeting.

Devan Dubnyk has bounced back from a rough start to the season by allowing just just one goal in two of his last three games as Minnesota improved to 2-1-0 on its season-high six-game homestand. Dubnyk was not sharp in the October 20th meeting against Winnipeg after allowing four goals to drop to 7-8-1 in his career versus the Jets. Eric Staal has seen a lot of Winnipeg in his career and has made the most of those encounters by recording 61 points (26 goals, 35 assists) in 69 career meetings. Winger Nino Niederreiter, who practiced alongside Staal on Monday, will be a game-time decision versus Winnipeg after being sidelined six games with a high-ankle sprain.

The Wild are still struggling to score goals and are on an 0-for-11 streak on the power play. Winnipeg is 10-1 in their last 11 games on one day rest and are playing well enough on the road to get a win here.

Jay Cooper - November 30, 2021
The premier online sportsbook in the world is currently offering a $750 bonus to bet on sports. Not just football, but anything you want....