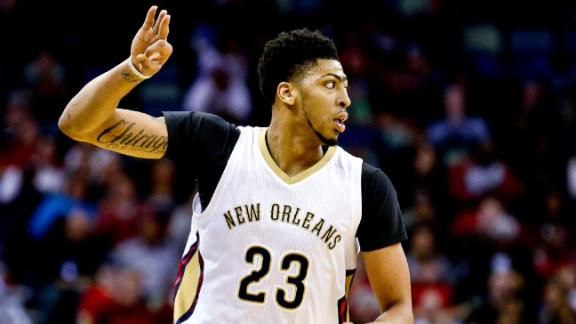 Both Houston and the Golden State Warriors have played their butts off in their respective series’ and they are on the brink of being rewarded for the hard work. In the Rockets case, they have absolutely dominated the Jazz in all three wins and they should have won game two. For one moment in time the Rockets got complaisant and it cost them a sweep. The Jazz are good enough to… as they say in the south, “make hey while the sun shines”, and they did just that. They found their one spot, the one let- down from the Rockets and by the time the Rockets came to their senses, it was too late.

What happens in game 5?

The Rockets have found defense and that makes them a scary playoff team. They are scary without defense but now, even more so. As a team the Rockets are scoring 112.4 ppg and holding the Jazz to 104.1 ppg. Capela is a defensive machine that has come into his own and he isn’t going to be stopped. Harden simply keeps it up night after night, he is an offensive machine and he gets it done to the tune of 30.4 ppg against the Jazz, along with 44.9% shooting from the floor and to boot, he never misses a free throw (85.5%).

Forget about the matchups and think about the mindset going into this game. Who wants this game more, who believes in their ability more and where is this game being played? It’s safe to say the Jazz want to win, let the record show that right now however, wanting to win and having the confidence to win on the floor of the best team in the NBA in a decision game is not going to be easy.

Do they cover the 12 points? They probably do. Everyone was a doubter in game one for 10.5 points and the Rockets drilled them, it wasn’t even kind of close. History usually repeats itself in these situations. The Rocket will be hard to beat and difficult to keep up with.

Call your online sportsbook and get in for this one with a teaser. This is the absolute best opportunity of the playoffs, to play a teaser. Find out what your bookie is offering, it could be well worth the investment.

The Golden State Warriors are not going to lose to the Pelicans at home. Give Anthony Davis a lot of credit for stepping up and playing his role very well but he is not enough. The Warriors are that much better and especially at home. It’s hard to beat the Warriors at home anytime, let alone in the playoffs. Do they cover 11.5? Probably, is it a lot of points? Probably not! But yes, to the eye it seems a bit high.

This is the one opportunity to play a 2 team teaser and scoop up. It will cost you some juice, but well worth it. A two team-6 point teaser will cost -150, meaning that you need to play $150 in order to win $100, or $300 wins you $200 and on down the line. Bringing the Warriors down to 5.5 and the Rockets down to 6 is a smart money investment. Call the bookie and make it today!

Neither the Rockets nor the Warriors are going to lose a possible elimination game at home. They both want to finish this off, rest up and wait for each other. The writing is on the wall for the Jazz and the Pelicans.