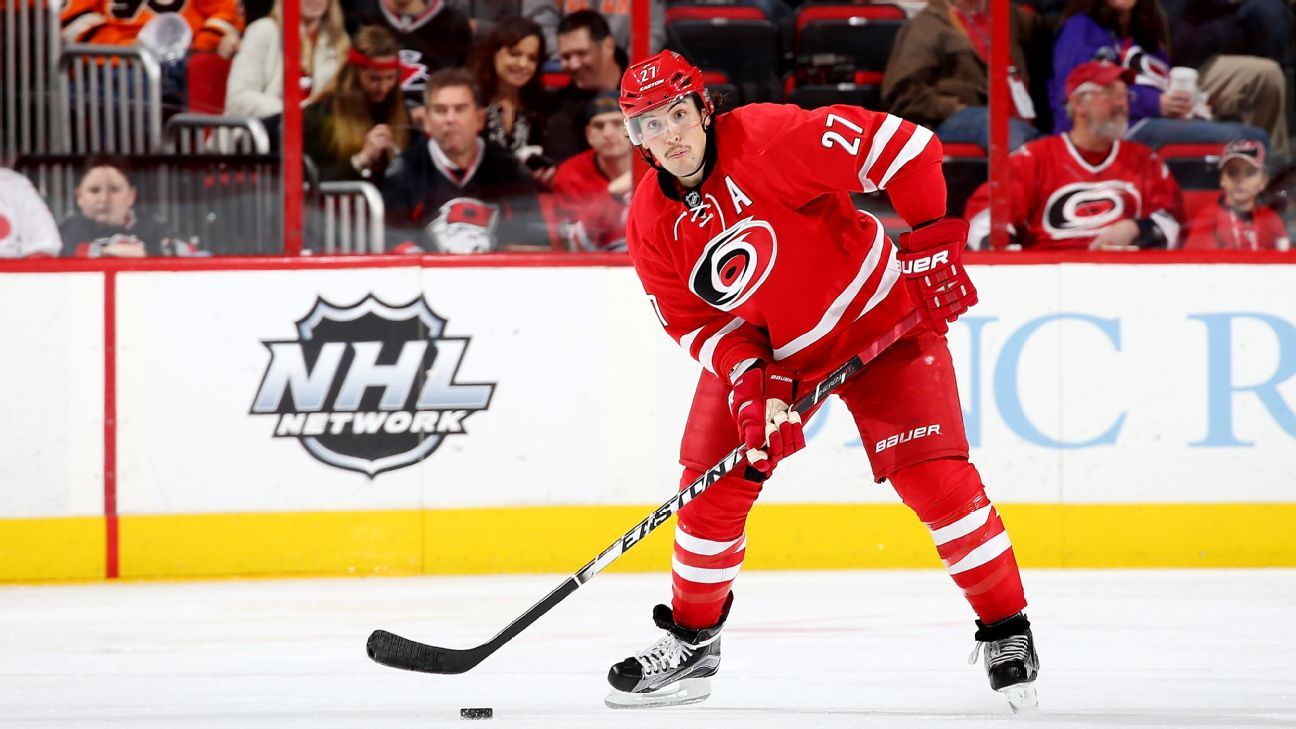 The New York Rangers may not make the postseason this year, but they are sure making games interesting lately with seven straight contests decided by one goal – going 4-2-1 in that stretch. They’ll look for an easier win this time out when they host the Carolina Hurricanes at Madison Square Garden on Friday night – the only NHL game on the schedule. New York rallied from a 3-1 deficit on Wednesday to post an impressive 4-3 shootout victory over the Boston Bruins. The Rangers improved to 1-1-1 on their current five game homestand when defenseman Tony DeAngelo scored the decisive goal in the seventh round of the shootout to bring New York within nine points of a postseason spot in the East. Carolina is three points behind No. 8 Pittsburgh in the playoff race after a 6-5 overtime win at Buffalo on Thursday after squandering a two-goal lead in the final 4:19 of the third period. Teuvo Teravainen scored the winning goal in overtime – his second of the game – as the Hurricanes improved to 2-0-0 on their five-game road trip and 4-0-1 in their last five away from home.

Sebastian Aho has been on a scoring tear lately with three goals and eight assists over his last seven games including two helpers on Thursday to set a new career high of 38 and move within one of 100 in the NHL. Teravainen also had an assist in Thursday’s win over Buffalo and has three multi-point performances in his last five games – recording four goals and 10 assists over his last 11 games. Teravainen is two points shy of 200 for his career and also had a goal the last time he played against the Rangers.

Speaking of hot players, New York’s Mika Zibanejad has at least one point in nine of his last 10 games and boasts five goals and four assists in his current four-game point streak. Zibanejad has set career highs in assists (31) and points (53) and is within five of the personal-best goal total (27) he recorded last season. Left winger Cody McLeod was traded to the Nashville Predators for a 2020 seventh-round draft pick, making it possible for the Rangers to bring back Vinni Lettieri from Hartford of the American Hockey League.

Carolina had to play last night while the Rangers rested, but the Hurricanes have played quite well with short rest. They have a better mark on 0 or 1 day rest than they do with 2+ including winning their last four on the second of a back-to-back. The Rangers haven’t played well at home, dropping 10 of their last 14 at MSG.

Hurricanes are 4-0 in their last 4 games playing on 0 days rest.

Hurricanes are 5-1 in their last 6 vs. Metropolitan.

Hurricanes are 7-2 in their last 9 road games vs. a team with a losing home record.

Hurricanes are 5-2 in their last 7 games as a favorite.

Hurricanes are 7-3 in their last 10 vs. Eastern Conference.

Hurricanes are 9-4 in their last 13 Friday games.