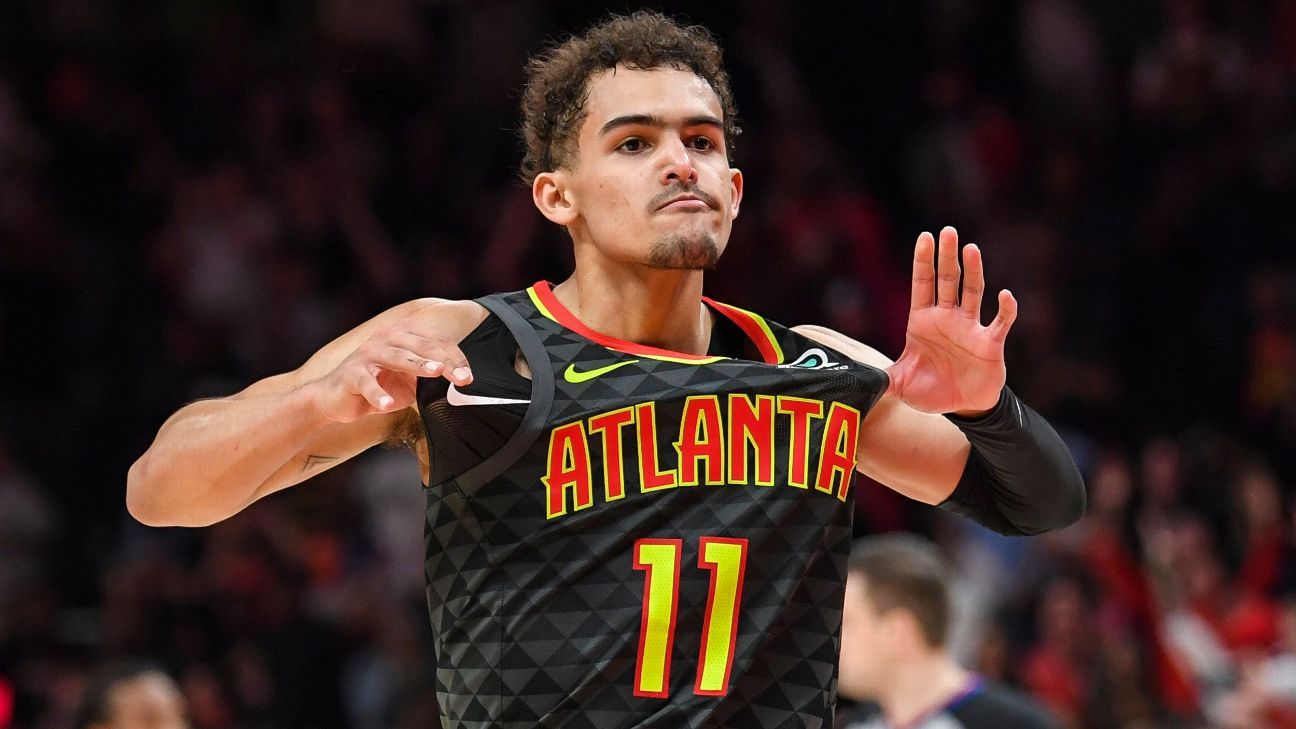 When fully healthy, the Philadelphia 76ers are considered one of the best teams in the entire league. But when their All-Star Joel Embiid is not in the lineup, the Sixers look more like a middle-of-the-pack team. Philadelphia hopes to have Embiid in the lineup Sunday afternoon when they host the upstart Atlanta Hawks in Game 1 of their second round playoff series. Sixers are 30-6 this season with their full starting lineup, but just 11-10 without Embiid. They did manage to eliminate the Washington Wizards in Game 5 of their first round series without him, but the Hawks present a bigger challenge this series. If the Sixers are to win their first championship since 1983, they’ll need the big man back very soon. Embiid is listed as questionable for Sunday, but the oddsmakers think he won’t play. Philly is a 2.5-point favorite over the Hawks with a total set at 220.5. The Hawks eliminated the New York Knicks in five games in the first round thanks in large part to young superstar Trae Young. Atlanta finished 27-11 after head coach Nate McMillan replaced former Sixers assistant Lloyd Pierce on March 1. Young averaged 32.7 points in the three games at New York as the Hawks won their first playoff series in five years. He had 36 points and nine assists in the series clincher. This will be the first playoff meeting between the franchises since 1982. Philadelphia took two of three vs. Atlanta this regular season and 2-0 at home. The Hawks are 1-5 against the spread in their past six trips to Wells Fargo Center.

McMillan’s teams haven’t had much playoff success in his career, going 21-37 overall and guides a team that has three starters 23 or younger. Young averaged 29.2 points and 9.8 assists per game in the first round series and hit the winning runner in the lane in the final seconds of Game 1. Clint Capela had a big series, too, averaging 10.0 points, 13.4 rebounds and 2.2 blocks. He led the NBA in rebounding during the regular season at 14.3 per game. 2019 lottery pick Cam Reddish (11.2 ppg in regular season) has been out since Feb. 21 due to injury, but he might return for Game 1 of this series. DeAndre Hunter added 15 points and John Collins had 13 in the series clincher against New York.

Embiid has been arguably the most dominant force in the NBA this season when healthy, but he suffered a small meniscus tear in his right knee early in Game 4 of the first-round series vs. Washington. Embiid, an NBA MVP finalist, averaged 19.7 points and 8.0 rebounds in three games vs. Atlanta this season, way down from his overall numbers. However, each of those games were blowouts so he only averaged 24.3 minutes. In the clinching win over the Wizards, Seth Curry scored 30 points, Tobias Harris added 28 points and nine rebounds and Ben Simmons turned in his third career playoff triple-double with 19 points, 11 assists and 10 rebounds. The Sixers are 3-8-1 ATS in their past 12 vs. teams with a winning record.

I really don’t think Embiid is going to play in this one and neither do the oddsmakers. The Sixers were still good enough without him to finish off the Wizards, but this Atlanta team is much better all-around. McMillan has this young team believing in themselves and I think they can steal Game 1.