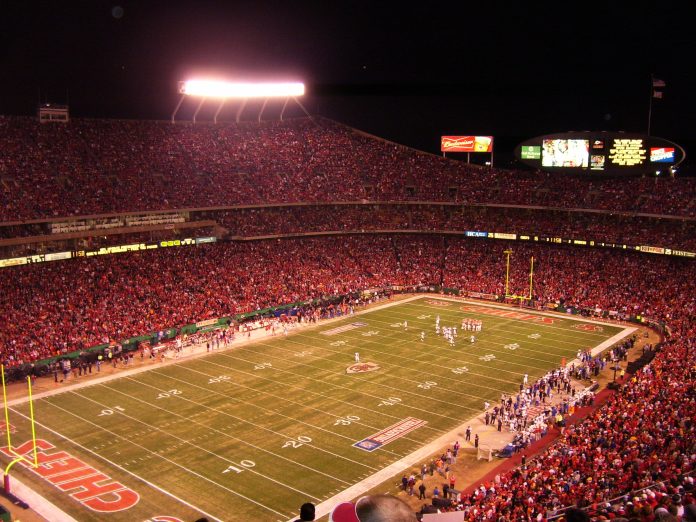 Two teams with losing records will conclude Week 8 action as the New York Giants visit the Kansas City Chiefs on Monday Night Football. Not many people expected the Giants to do anything this season, but the 3-4 Chiefs have been a major disappointment, especially on offense. Yes, the Chiefs are putting up yards and points, but the turnovers are killing them and Patrick Mahomes is having an ‘off’ season so far. Kansas City sits in last place with the Denver Broncos in the AFC West entering the weekend and the schedule gets really tough after Monday. This will be the third of five prime time games for the Chiefs, who come into this contest against the Giants as 9.5-point favorites. Kansas City was humiliated last week 27-3 at the Tennessee Titans and have yet to put together a winning streak.

Meanwhile, the Giants have a chance at winning back-to-back games for the first time after a 25-3 win over the Carolina Panthers last week, the team’s best defensive effort of the year. New York held Carolina to 173 total yards (2.8 per play) and recorded six sacks, including 2.5 by rookie Azeez Ojulari. The team still needs to be better offensively in the red zone. The Giants rank dead last in the league with a 45 percent conversion rate for touchdowns. New York could get back some key weapons to help that conversion rate with Saquon Barkley (ankle), Kenny Golladay (knee), Kadarius Toney (ankle) and Lorenzo Carter (ankle) all possible for Monday. Wideout Sterling Shepard (hamstring), who sat out last week, could return as well. The Giants are 11-3 all-time vs. the Chiefs and won the last meeting 12-9 in overtime at home in 2017.

After getting blown out in back-to-back games, the Giants responded with their best effort of the season in the win over the Panthers despite playing without key weapons. A total of seven Week 1 starters were out and it doesn’t look good for most of them this week. Barkley and Golladay have already been ruled out. New York does play well on the road, covering 20 of their last 26 away from East Rutherford. Daniel Jones passed for 203 yards and a touchdown on 23-of-33 completions against the Panthers, while Devontae Booker had 51 rushing yards and a touchdown on 14 carries. The Giants are scoring 19.9 points and 352.3 passing yards per game, 25th and 19th in the NFL, respectively. The Giants are also on a 4-0 ATS run on the road against a team with a losing home record.

Kansas City is last in the NFL with 17 turnovers after committing 16 all of last year and Mahomes has had multiple turnovers in five games, including at least one interception in six straight. He left Sunday’s loss at Tennessee after a big shot to the head but already has cleared concussion protocol and should be fine for Monday. Their minus-10 turnover differential is tied for last in the league. Mahomes has thrown a league-high nine interceptions against 18 touchdowns. He still ranks fourth in passing yards (2,093) and sixth in quarterback rating. The Chiefs are allowing 404.6 yards and 29.0 points per game and has a league-low eight sacks. They also rank last in the NFL in yards allowed per play (6.6) and find it difficult to get off the field. The Chiefs are 6-2 ATS in their last 8 games following a straight-up loss.

I don’t know how the Giants won so easily last week with all the key injuries. I guess Carolina is really that bad. The Chiefs have surely had their struggles, but they should break out of it tonight against New York. I’ll lay the big number.