CFB Football is Back – The NFL and NCAAF Seasons Are Set to... 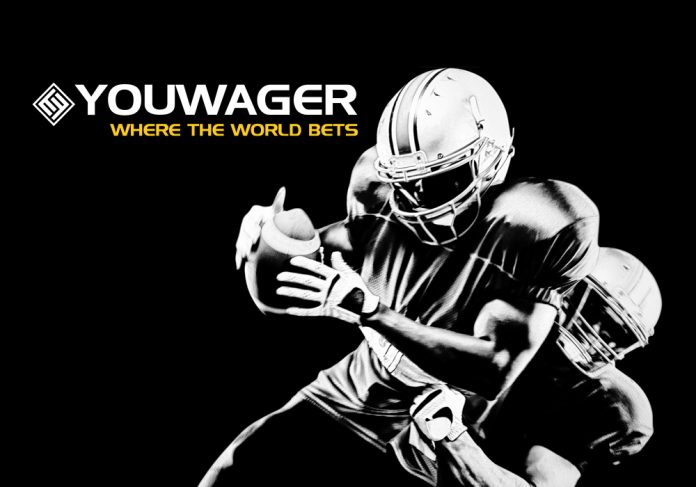 Football fans are forced to endure the longest offseason in pro sports, which is perhaps why the start of the new season is always so exciting. The 2021 college football season begins this coming weekend with a handful of games, while the NFL preseason is about to head into the final week of play. The big games are only a matter of a couple of weeks away, so there is a lot of ground to cover in both the NCAAF and NFL as we look forward to another exciting season on both fronts. Over the coming weeks, we will talk about the biggest games and stories in both leagues, while also breaking down stats and trends that might help you make some informed picks each weekend. With all of that being said, let’s get the ball rolling by looking at the opening weekend in college football.

While Week 1 of the college football season is set for September 4th, we do have a bunch of games being played prior to the official start date. It all kicks off this coming weekend, August 28th, with 5 games on the schedule. This has become known as Week 0 in the NCAAF world, but before we get to those games, we should perhaps take a look at what the current odds for the National Championship are. Here are the top 5 favorites in the eyes of the bookies heading into the new college football season:

There is a rather sever drop off in odds after the top 5, so is it likely that the 4 playoff teams will come from that group? Interestingly enough, you have Clemson and Georgia going head-to-head in Week 1 of the college football season, so we’ll have to wait and see how the odds look after than one has been decided.

Before those favorites take the field, we have the 5 Week 0 games to look at. The biggest of the bunch sees the Nebraska Cornhuskers and the Illinois Fighting Illini meeting in Illinois. This is a change from what was originally expected, as the game was slated to be played over in Ireland. COVID has had an impact on the decision, so it will be home turf for the Illini, who are in as a 7-point underdog for this one.

The other games on the schedule this coming Saturday, August 28 are as follows:

If you want more in-depth info on these games, as well as some predictions, Bleacher Report have put together a nice little breakdown on the action. You can take a look at that by clicking HERE.

Looking Ahead to Week 1

We will get into more detail with the Week 1 games in a future article, but for now, it might be worth taking a look at how the favorites start the season. Once the playoff setup came into existence, teams began taking on tougher schedules in the early going. Gone are the days of non-conference games against weak opponents, with several teams looking to start their regular season schedule with a bang and a chance to make an immediate impact.

The biggest game of the opening week is undoubtedly the Georgia Bulldogs heading to North Carolina to face the Clemson Tigers. The winner of this one will automatically be seen as one of the favorites to make the playoffs and perhaps take a run at the National Championship. On a positive note, the Playoff Committee is not likely to look too poorly on the loser of this game, unless of course we get a blowout, which seems unlikely. Clemson is in as a 3 ½ point favorite for this college football Week 1 matchup.

NFL Preseason Coming to a Close

We will focus more on the NFL regular season schedule next week, as we look ahead to Week 1, but this weekend marks the end of the preseason. Week 3 of the preseason is perhaps the best and easiest to handicap, as it is usually when we see the starters get some real game time. It’s never really a good idea to look at the win/loss records for teams during the preseason schedule, as it generally doesn’t mean much. After all, you have the Super Bowl champion Tampa Bay Buccaneers currently sitting at 0-2.

There are a few teams who will do well in preseason and carry that over into the NFL regular season. If you are on the lookout for a dark horse to play this year, then you might want to look at a very interesting article on ESPN that looks at a few teams likely to improve this season. You can find that article HERE.

Great Games and Offers at YouWager This Football Season

If you are looking for a fun game to play that comes with some awesome prizes, then you need to take a look at the YouWager Survivor Contest. Pick one team each week (you can’t pick the same team twice over the course of the season) to win and try to stay alive all season long. The last person standing will take home 80% of the pot, up to $50,000.

You should also be aware of the 5% monthly rebate on player losses for the previous month. That’s a fantastic way to recoup some of your losses and get back in the game, although we do hope that you are cashing winning tickets regularly.

Enjoy the start of the college football season and we hope to see you again next week.