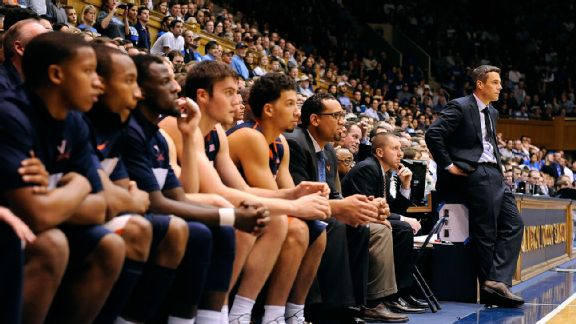 The Virginia Cavaliers overcame another slow start then overwhelmed North Carolina State in the quarterfinals of the ACC Tournament en route to a 76-56 win Thursday to set up a meeting with Florida State on Friday. The Seminoles advanced to the semifinals with a dramatic overtime victory over the pesky Virginia Tech Hokies thanks to a Terance Mann off-balance runner with 1.8 seconds remaining for the 65-63 win. Florida State has now won five in a row and 13 of 14 overall, while the Cavaliers have been victorious in nine straight and have covered the spread in seven of those. The teams met just once during the regular season and Virginia rolled to a 65-52 win as 9.5-point favorites back on January 5th and held the Seminoles to 15-of-44 shooting (34.1 percent). The winner will take on either North Carolina or Duke, who play in the nightcap.

Florida State would have never got to overtime against the Hokies if it weren’t for Devin Vassell’s game-tying 3-pointer with 4.5 seconds left in regulation to force the extra five minutes. Mann finished with 10 points on 5-of-9 shooting, nine rebounds, and four assists. Vassell recorded a team-high 14 off the bench as the Seminoles shot just 38.6 percent from the floor. The difference was inside the paint, where Florida State outrebounded the Hokies 43-30, but also committed 17 turnovers.

The Cavaliers own the top-ranked scoring defense in the country (54.6 points) and held N.C. State to 2-of-18 from beyond the arc and 37.0 percent overall. The Cavaliers made just 10 field goals in the first half and trailed 29-27 before exploding for 49 second-half points on 62.5 percent shooting and finished 9-of-20 from 3-point land. Jack Salt (3.6 points) scored a career-high 18 points on 7-of-8 shooting, while Kyle Guy continued his brilliant play by scoring 29 points on 10-of-13 shooting (7-of-9 beyond the arc). Ty Jerome, who averaged 13.5 points per game during the regular season, scored just two points on 1-of-11 shooting Thursday.

If Florida State commits 17 turnovers and shoots below 40 percent again, they’ll get blown out. We know this Virginia team can play defense, but their offensive efficiency is pretty darn good as well. Look for the Cavaliers to get off to a better first half start Friday and blow past the Seminoles and prepare for either Carolina or Duke.

Under is 18-3 in Cavaliers last 21 vs. a team with a winning straight up record.