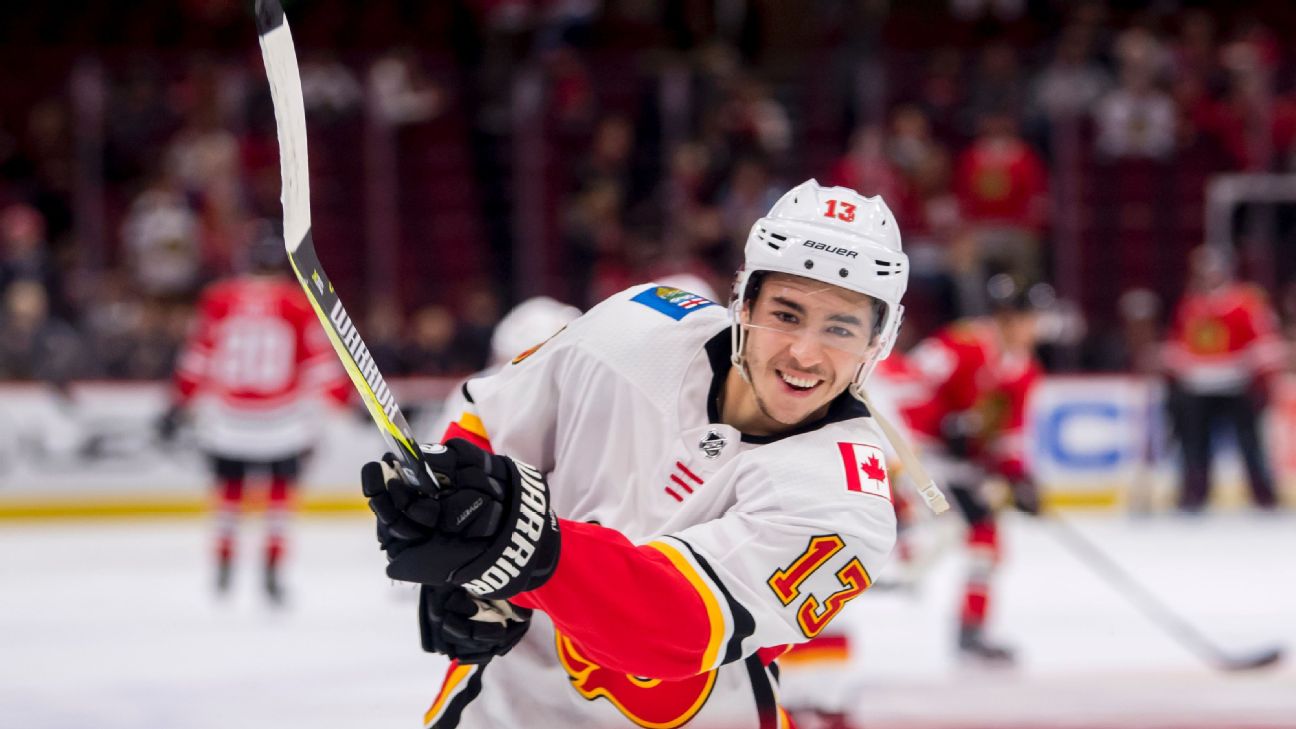 The Boston Bruins are the top team in the NHL thanks to an impressive home record and they will put that to test on Tuesday night when they host the Calgary Flames. Boston has 90 points, five more than the red-hot second place Tampa Bay Lightning, and own a sparkling 21-2-9 mark at TD Garden. Clearly, the Bruins don’t fare well in home overtime games/shootouts with those nine losses but own just two regulation defeats – a 4-1 loss on Dec. 7 to Colorado and 4-1 on Jan. 7 against Edmonton. Boston just finished up a four-game road trip and beat the Oilers 2-1 in overtime to even that season series and also won at Calgary just four days ago 4-3. The trip ended poorly, as the Bruins were throttled 9-3 at the Vancouver Canucks. Boston has won its past two at home vs. Calgary including 6-4 last season behind two goals each from Jake DeBrusk and Brad Marchand. It’s a homecoming of sorts for Flames star Johnny Gaudreau, who starred at Boston College. The Flames began a crucial five-game road trip with a 4-2 win at the Detroit Red Wings on Sunday and are tied with Arizona for the seventh and eighth spots in the Western Conference entering Monday. Calgary, however, is just two points out of third place in the Pacific Division and three out of second place Edmonton. The favorite has won the past six in the series and the Over is 5-1 in that span.

Calgary has alternated wins and losses over its past seven and hope to end that trend Tuesday with their second straight win. Gaudreau’s 16th of the season put the Flames up 1-0 at 6:46 of the first and the Flames led all the way in the win over Detroit on Sunday. Sean Monahan was the No. 1 star with his 19th goal of the year and an assist. Andrew Mangiapane had two goals (15 on season) – one on an empty net – giving him eight points in the past five games, but Matthew Tkachuk’s eight-game points streak came to an end. Defenseman Mark Giordano missed his ninth game in a row with a hamstring injury but did practice Sunday and it’s possible he’s back Tuesday. Calgary’s trip takes them to Nashville on Thursday to play the Predators.

Boston made a trade over the weekend, shipping out veteran forward David Backes and a first-round draft pick to the Anaheim Ducks for forward Ondrej Kase. He hasn’t played since Feb. 7 due to flu-like symptoms and has seven goals, 16 assists and a -7 rating in 49 games this season. After winning a fifth straight game Friday in Calgary, the Bruins allowed nine goals to end a four-game trip. Tuukka Rask, who entered the game with a league-leading 2.04 goals against average, was lifted 6:28 into the third period after allowing six goals on 27 shots. Jaroslav Halak mopped up and allowed three goals on eight shots. David Pastrnak had two goals and is back in first in the NHL in that category with 45 and second in points with 88. The Bruins will host the Dallas Star on Wednesday.

It’s hard to go against the Bruins at home and taking the big underdog Flames is tempting, but I’ll take the Over in this one. We know Boston can score, but the Flames have scored three or more goals in eight straight games including six goals four times.