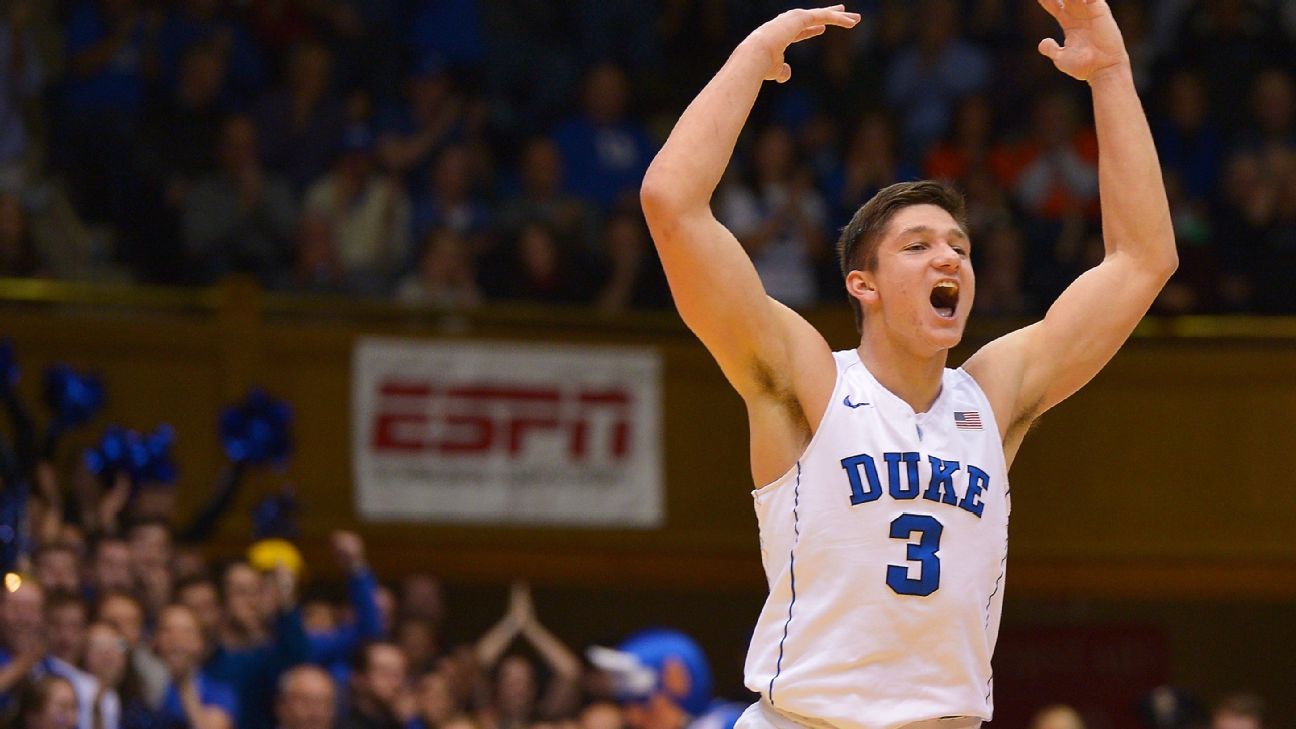 The Duke Blue Devils have a chance to work on their defense after an embarrassing display on Saturday as they visit the inexperienced Pittsburgh Panthers on Wednesday night in an ACC-clash. The Blue Devils surrendered 95 points to North Carolina State on Saturday while losing by nine to a Wolfpack team that was coming off a 30-point loss to Notre Dame. Marvin Bagley III (22.5 points, 11.5 rebounds) scored 31 points and grabbed 10 rebounds while Duke connected on 51.7% from the field, but the Wolfpack shot 50.7%, outrebounded Duke 34-32 and committed just 10 turnovers. “We played crappy defense”, coach Mike Krzyzewski told reporters after the game. Duke entered Saturday leading the nation in offensive rebounding percentage (41%) but was beaten 14-12 on the offensive end by N.C. State. Pittsburgh is still trying to just be competitive as the young team has dropped all three ACC games including 81-67 at Virginia Tech on Saturday despite 20 points and four 3-pointers from junior Jared Wilson-Frame. Duke senior Grayson Allen has tormented Pitt in the past, scoring 22 points the last time the teams met in Pittsburgh, on February 28th, 2016. Duke won last year’s contest 72-64 at Cameron Indoor Stadium behind 21 from Allen.

Allen (16.8 points, 4.3 assists) scored only eight points against the Wolfpack – three in the second half – on 3-of-9 shooting, and is shooting only 33.3% overall in conference games. The Blue Devils will be without injured backup forwards Marques Bolden (3.7 points, 3.4 rebounds), who missed the N.C. State game, along with fellow sophomore Javin DeLaurier (4.9 points, 4.6 rebounds). Bagley is making a case for player of the year, scoring 63 points on 24-of-31 shooting with 31 rebounds in his last two games and is one of four players in the country averaging 20 points and 10 rebounds. Duke will be home to Wake Forest (8-7, 1-2) on Saturday.

The Panthers started five freshmen for the second straight game, but shot a season-high 46.2% (12-of-26) from 3-point territory and holding a 31-26 rebound advantage over the Hokies last time out. Parker Stewart (7.4 points, 36.8% on 3-pointers) went 4-of-5 beyond the arc, Wilson-Frame added four 3-pointers and Marcus Carr (11.1 points, 4.0 assists) nailed three. Wilson-Frame, who leads the team in scoring (12.9 points), bounced back from a six-point effort against Louisville and has reached double figures in five of his last six games despite coming off the bench recently. Pitt, who is ranked 311th in scoring (67.5), are the only ACC team without a conference victory.

Krzyzewski will have his team focused after a loss on Saturday and won’t let his squad take Pittsburgh lightly. The Panthers do not have enough talent to keep up with the Blue Devils in this one.

Jay Cooper - June 19, 2021
After blowing Games 4 and 5, the Philadelphia 76ers found enough in themselves to stave off elimination on Friday night with a 104-99 win at

Jay Cooper - June 19, 2021
The NFL has just released the complete schedule for Week 1 of the upcoming 2021 season and there are some intriguing matchups right out...

Software, the PPH and How They Work Together

The Future Of Maryland Online Gambling