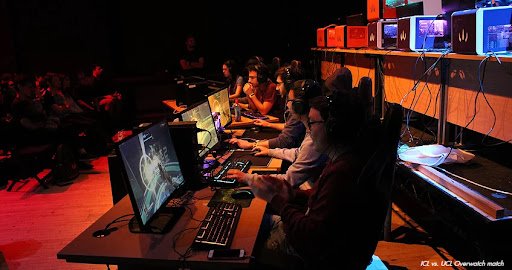 Dota 2 and success always go hand in hand. Even though it is not as widespread as League of Legends, in the places where it stands out, Valve Games’ MOBA does so at an immense level. Apart from the millions of players who enjoy the title, many fans spend great moments watching Dota 2 tournaments and how great professionals from all over the world compete against each other.

It usually ends up being reflected in the number of spectators at some prestigious championships. Now, as revealed from the https://dota2-bet.com/ website, PGL Arlington 2022 has become the second most watched Major tournament in the game’s history. All this taking into account the number of hours of this event viewing that have been seen on the different broadcasting platforms.

Arlington Major numbers will be Difficult to Beat

After more than two weeks of the competition, the Major in Arlington got crazy numbers in viewership. It had 707,907 peak spectators, which put it just behind the Kyiv Major’s 2017 with the record-breaking 842,576. On top of that, the tournament is the 6th most watched Valve game event in general. Proof of this is that the peak of average players of this Arlington Major 2022 was 305,286 spectators concurrently.

These are the complete statistics for this Dota 2 event:

As the days go by and the last Major clashes arrive, we will see how these statistics evolve in terms of viewers in The International 11, which will be held in October.

Three Main Causes of this Success

Dota 2’s competitive stage has been on the road over the past few years. After The International 2018 that was held in Vancouver, Valve took the decision to take the stage on a tour around the globe. And due to several reasons, it took four years for an event to achieve high level, but the Arlington Major delivered on the hype. Here are the main causes of this success.

Cancelation of the first Dota Major in 2022

Dota 2 is one of the first eSports to suffer a hard blow in 2022 due to the pandemic. Thus, Valve has confirmed the cancellation of the first Major this season due to the discovery and spread of new strains of the coronavirus disease and the resulting increase in travel restrictions. On the one hand, this tough decision left a bitter taste in the mouths of the community at large. On the other hand, the Dota 2 community was savoring the anticipation of the next Major. And the last event in Arlington surely lived up all the expectations with the numbers of viewers.

The Battle of the Two Big Favorites in the Grand Final

The epic battle of Team Spirit and PSG.LGD in the Grand Final of the Arlington Major drew the attention of many fans. Thus, both several-time champions of the largest Dota 2 tournaments have remained the biggest figures of the event, as evidenced by their numbers. Therefore, the Chinese powerhouse confrontation against Team Spirit, the current TI 10 champions, reached the number of 707,907 peak viewers.

Direct Invites to the International 2022

The PGL Arlington was the last chance for the professional teams to earn additional DPC points for The International 11. Hence, with multiple squads’ TI direct invites depending on their performance, the event drew the attention of many Dota 2 fans and players. As a result, we already know the 12 attendees TI11 will have among its participants. The remaining spots will be determined before The International series through regional qualifiers.

The Best is yet to Come

The Dota 2 competitive scene intends to continue to stand out with The International 11 next on the calendar after regional qualifiers. We will have to see what happens in the face of the largest and most anticipated championship of the year in Dota 2. Of course, such a success in viewership of the PGL Arlington made us think that Valve Game’s MOBA professional scene may be preparing to set another record and break the viewership numbers of TI10, which are 2,700,000 spectators concurrently.