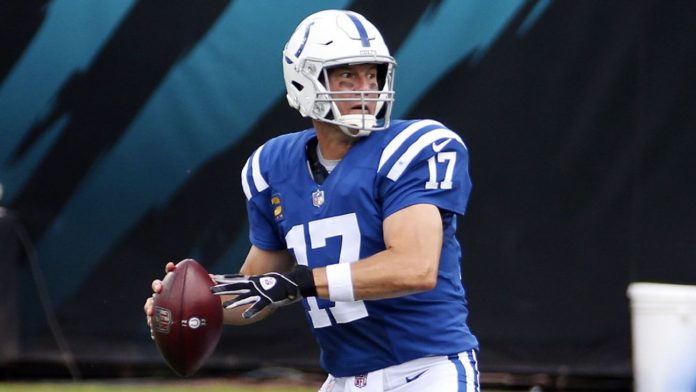 The Houston Texans have dominated the AFC South recently, winning the division four times over the last five seasons, but that run will end this year. The Indianapolis Colts and Tennessee Titans have made the South a two team race and will square off Thursday night to kick off the NFL’s Week 10 schedule. Indianapolis is looking for its first division crown since 2014, while Tennessee hasn’t won it since 2008. The next 17 days could determine who wins out, as the clubs play twice in that span. Right now, the Titans have a one-game edge, but the remaining schedule does favor Indy. Tennessee snapped a two-game skid on Sunday with a 24-17 win over the Chicago Bears. They produced its best effort defensively in a while, shutting out Chicago for three quarters, while appearing to fix their third-down issues. They allowed the Bears to convert just 2-of-15 after permitting opponents to cash in on nearly 62 percent during the first seven games. The Colts won five of six before Sunday’s 24-10 home loss to the Baltimore Ravens. It was by far the lowest offensive output for the Colts this season, who had scored 41 and 31 respectively in their previous two games. The Colts received some good news from Tuesday’s injury report, as veteran wide receiver T.Y. Hilton was a full participant and is expected to play Thursday after missing last week’s contest with Baltimore.

The game opened as a Pickem, but after last week’s performances, the Titans now sit as a 2-point favorite as of Wednesday morning with a total of 49.5. Last year, the teams split with each winning on the road and the losing team scoring 17 points in each. The Colts came away with a 19-17 victory in Week 2 last year in Nashville. Jacoby Brissett threw the game-winning TD pass with under five minutes left, but he’s now backing up Philip Rivers. Current Titans QB Ryan Tannehill was the backup in that game but is now the undisputed starter and led Tennessee to a 31-17 triumph in Indy during Week 13. Derrick Henry rushed for 149 yards and a TD in that one. The favorite is 6-1 against the spread in the past seven meetings.

The Colts’ offense struggled behind the aging Rivers last week. He didn’t have a TD pass and threw a pick in the loss while completing 25-of-43 for 227 yards. That interception was originally called an incompletion but was changed upon review and was a key point in the game as it would eventually lead to the winning touchdown. Running back Jonathan Taylor had a fumble that was returned for a touchdown by the Ravens. Taylor scored a rushing touchdown but never got to touch the ball again after that fumble. The defense did a fine job of containing Lamar Jackson and the Ravens despite the loss. The Ravens went just 5-of-13 on third downs, while also rushing for just 2.9 yards per carry. The Colts own the top defense in the league at 290.0 yards allowed per game and third in scoring defense (20.0). Indianapolis will host the Green Bay Packers in 10 days before the rematch with Tennessee.

Henry is on pace for nearly 1,700 yards at the season’s halfway point for the Titans, while Tannehill is enjoying the best season of his career, throwing for 19 touchdowns and just three interceptions in eight games. The offense was stymied by Chicago last week, managing a season-low 228 yards. Henry was held to 68 yards on 21 carries and Tannehill completed less than 50 percent of his passes. On defense, Desmond King’s 63-yard fumble return for a touchdown was a huge play. He was just acquired from the Chargers ahead of last Tuesday’s trade deadline. Top defensive end Jadeveon Clowney missed the game with a knee injury, but was a full participant at practice on Tuesday. Tennessee, who is 3-1 against the spread in their last four home games, will be at Baltimore next Sunday.

The Tennessee defense isn’t the best in the league, but they will be able to put some pressure on Rivers, who is not having a great season. Tannehill is the better quarterback in this one and Henry has had some big prime time games in the past. I can see another one here as the Titans win this by a field goal or more.