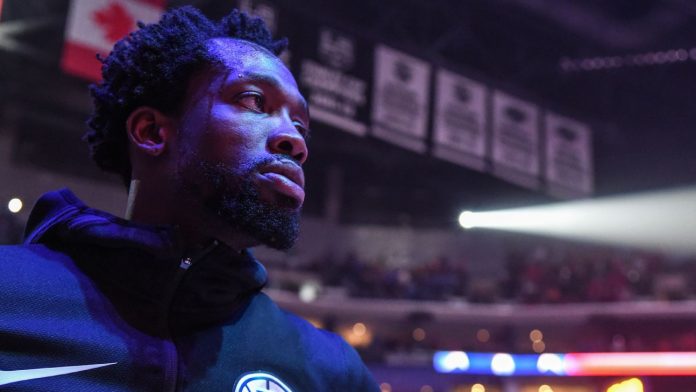 One of the more entertaining first round series is the 2 vs. 7 battle in the Western Conference between the Los Angeles Clippers and Dallas Mavericks. Both teams possess superstar power and one of those guys is dominating in his first postseason. Luka Doncic and the Mavericks upset Los Angeles 127-114 in Game 2 on Wednesday to tie the series at 1-1, and the Mavs will be the ‘home’ team for the first time Friday, although that only means different uniforms and virtual Dallas fans and court setup. The other difference for Game 3 will be the odds. The Clippers were 6.5-point favorites in Game 1, 6-points in Game 2, and Dallas’ stellar play has moved the line down to 5 points for Friday’s contest. The total of 232.5 for Game 3 is easily the highest number of Friday’s four games from Orlando. The Clippers are 27-17 ATS on one-day rest, while the Mavs are just 26-22-2. L.A. is 5-1 ATS in the past six meetings.

The Clippers could easily be down 2-0 in this series if it weren’t for the referees ejecting Dallas big man Kristaps Porzingis in Game 1 with L.A. trailing by five points in the third quarter. The Clippers were shorthanded in being outplayed in Game 2 because point guard Patrick Beverley was out with a calf injury. He is listed as questionable for Friday and L.A. is much better on defense with Beverley on the court. Reggie Jackson played in his place and scored just 11 points and is not a great defender. Superstar Kawhi Leonard did his part in Game 2 with 35 points and 10 rebounds, but Paul George battled foul trouble and was 4-for-17 from the field for 14 points. The Clippers are 8-1 ATS in their past nine following a double-digit loss. L.A. is 5-2 ATS in their last seven overall in Orlando.

Dallas turned the ball over at will in Game 1 which led to easy baskets for the Clippers. Doncic had a career-high 11 of those, but lowered that to one on Wednesday, while the entire team committed just nine turnovers total. Doncic contributed 28 points, eight rebounds and seven assists despite being limited to 28 minutes due to foul trouble. Doncic joined Hall of Famer George Mikan as the only players in NBA postseason history to score 70 points through his first two career playoff games. Porzingis is dealing with a sore knee but still chipped in 23 points and seven rebounds in the Game 2 triumph. The Mavericks bench contributed 47 points and no Dallas reserve ended the game with a negative plus-minus rating.

I still believe the Clippers will win this series, but I expect Dallas to be in every game. I will take the points once again with Doncic and Porzingis leading the way. If Dallas can get stellar bench play again, they could win this Game 3.

Check out who Bobby Babowski has on his Free NBA Picks page for today. He is on a 8-0 Run!