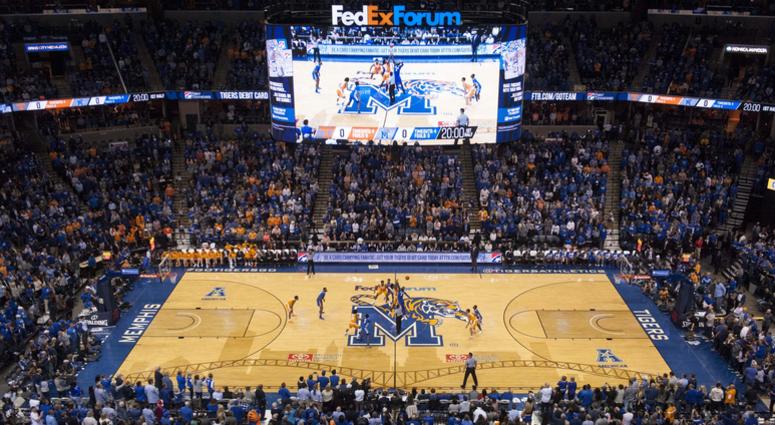 Everyone is the American Athletic Conference is chasing the Wichita State Shockers and two of the more capable teams of winning the conference will battle Thursday night. The Cincinnati Bearcats visit the Memphis Tigers for the first meeting of the season at FedExForum. Both teams – along with four others – have one conference loss and are looking up at the 3-0 Shockers entering Wednesday’s action. Memphis has struggled of late, but avoided a third straight setback by defeating South Florida on Sunday, rallying from a 14-point deficit to post a 68-64 victory. The Bearcats are clamping down on defense against AAC opponents, holding their last two foes to under 55 points in posting two straight victories. Cincinnati dropped its conference opener at Tulane 76-71, but rebounded with 75-44 and 68-54 triumphs over Tulsa and Central Florida respectively. The Bearcats have won six straight meetings with Memphis including a 69-64 win here last season.

The Bearcats are 1-3 in true road games and a dismal 1-7 ATS in all games away from home. The encouraging sign is that their lone win came last time out against Central Florida when they held the Knights to 19-of-45 from the field. Tre Scott led three players in double-figures with 14 points, while grabbing a team-high 11 rebounds, while Keith Williams chipped in 16 points and six boards. Scott only averages 8.8 points a contest but has scored double-digit points in three of his last four games. Leading scorer Chris Vogt (13.5 points) had 13 versus UCF and is also third in the country in field goal percentage (70.5). Cincinnati will host East Carolina on Sunday.

Memphis very nearly lost their third straight game on Sunday, but shot 54.8 percent from the field in the much-needed win over South Florida , but hit just 17-of-27 foul shots. The Tigers are one of the worst free throw shooting teams in the country (67.4 percent) which give bettors pause when laying points with this team. Leading scorer Precious Achiuwa (15.6) recorded 22 points and 11 rebounds against USF for his fifth straight double-double and ninth of the season. He has also shot at least 70 percent from the floor in four of his last six games. Guard Tyler Harris set a season high with 17 points against Wichita State and then matched that total against USF. Memphis will be at Tulsa next Wednesday.

Cincinnati has owned the Tigers in recent years and their defense seems to playing at a high-level right now. It’s not easy to win on the road in conference play, but the Bearcats have the team that can pull off the upset. I’ll take the points.