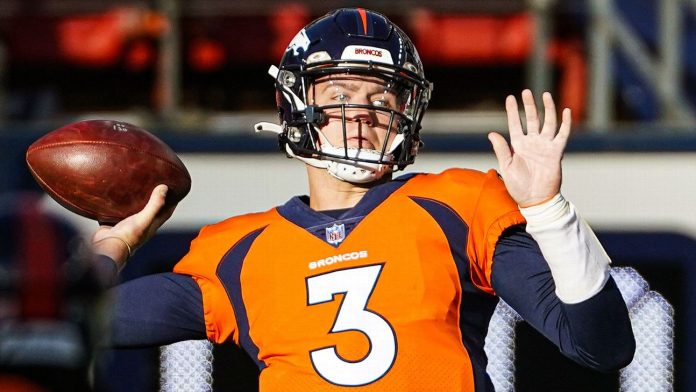 The Kansas City Chiefs have already wrapped up their sixth consecutive AFC West title, but are playing for a lot more this coming Saturday. The Chiefs finish the regular season at the Denver Broncos with a chance at the No. 1 overall seed in the AFC, but a loss could drop them all the way to fourth. A win would guarantee them at least a No. 2 seed and two home games in the postseason. They would earn the top seed with a win and a Tennessee loss to Houston the following day. The Chiefs controlled their own destiny until last week’s 34-31 loss at Cincinnati – a game K.C. led 28-14. Kansas City has won 12 straight games against the Broncos including a 22-9 home win last month as 8.5-point favorites. The Chiefs come into this contest as 10-point road favs.

Denver is playing out the string and there might be a lot of shake-up in not only ownership but the coaching staff as well. It’s not clear yet if head coach Vic Fangio will get a fourth season in 2022. He is 19-29 with the team so far. Expect the team to be active in acquiring a quarterback this off-season, perhaps Aaron Rodgers, Russell Wilson or Deshaun Watson in trade. Denver has lost at least three straight for the second time this season after a 34-13 loss at the L.A. Chargers last week eliminated them from playoff contention. Offensive coordinator Pat Shurmur also could be on the hot seat with the offense bringing the team down. Drew Lock lost the starting quarterback job to Teddy Bridgewater but the latter went on injured reserve with a concussion, meaning Lock will start this Saturday.

The Chiefs saw their eight-game winning streak snapped last week in a shocking loss to the Bengals. The defense has been playing terrific during the streak but was gashed for 475 yards to Cincinnati. Evan McPherson hit the game-winning 20-yard field goal as time expired. Patrick Mahomes threw for two scores and Darrell Williams ran for two. Top running back Clyde Edwards-Helaire was out injured and will miss Saturday’s game as well. Left tackle Orlando Brown Jr. sustained a calf strain during pre-game warmups and didn’t play. His replacement, Lucas Niang, suffered a torn patellar tendon. The Chiefs are 4-0 against the spread in their last four games versus AFC West teams.

Denver was in the thick of the wild card hunt at 7-6, but the offense has gone missing in a three-game losing streak as the team has totaled just 36 points. Lock wasn’t terrible last week, going 18-of-25 for 245 yards and a touchdown. Receivers Jerry Jeudy and Tim Patrick and star pass-rusher Bradley Chubb were all out in COVID protocols but should be back this week. The Chiefs are only 26th in the league with 369.3 total yards allowed per game and the Broncos moved the ball in the loss at Kansas City last month. Running back Javonte Williams rushed for 102 yards on 23 carries and also caught six passes for 76 yards and a touchdown in that one. Safety Kareem Jackson and guard Dalton Risner were placed on injured reserve.

I don’t think the Broncos have a shot in this one. The Chiefs have been on a two-month roll despite last week’s loss at Cincinnati. K.C. needs this win to secure at least a No. 2 seed and the offense is too hard to stop right now. I’ll lay the points.