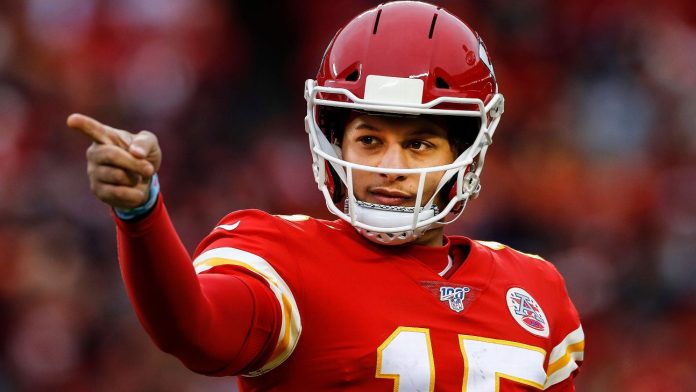 The top two quarterbacks in the AFC West will meet for the first time this season, as Justin Herbert’s Los Angeles Chargers visit Pat Mahomes’ Kansas City Chiefs on Thursday Night Football. Apologies to Derek Carr and Russell Wilson, but they are not in the same league as Herbert and Mahomes. Those two combined for eight touchdowns and zero interceptions, while winning their Week 1 games on Sunday. The Chargers fought off the Las Vegas Raiders at home 24-19, while the Chiefs cruised to a 44-21 win at Arizona. Kansas City was completely dominant on offense, gaining 33 first downs and 488 total yards behind Mahomes. It’s only Week 2, but the winner not only goes into first place, but also has the early tiebreaker.

These teams played two fantastic games in 2021, each winning on the opponents home field. In fact, the road team has won seven of the last eight meetings and the Over has cashed in five of those. Herbert passed for 281 yards with four TDs and zero picks in L.A.’s 30-24 win last September. Mahomes threw two interceptions and three touchdowns in the loss, but came back with 410 yards, three scores and an interception in Kansas City’s 34-28 overtime win in Los Angeles on Dec. 16 of 2021. The road team is 16-5-1 ATS in the last 22 meetings. Keep in mind, this game is only available on Amazon Prime.

The Chargers improved their defense in the offseason and were immediately able to fluster Carr in Week 1. L.A. sacked him six times with Khalil Mack getting half of them. Bryce Callahan, signed by the Chargers last May to a one-year deal, had one of the three interceptions on Sunday. With an improved defense, the Chargers are a legitimate threat behind Herbert to go far in the postseason. However, wide receiver Keenan Allen hurt his hamstring in the Raiders game and was not able to finish. He is likely out for Thursday’s contest. The Chargers will host Jacksonville in Week 3.

Many thought the offense for Kansas City would drop off a bit without Tyreek Hill, but that wasn’t the case in Week 1. Mahomes and Travis Kelce torched the Cardinals on the road. Mahomes was 30-of-39 for 360 passing yards and five touchdowns, while not getting sacked. Kelce led all players with 121 receiving yards and a touchdown on eight receptions and nine targets. Kansas City, who are 4-point favorites this Thursday, are 6-1 ATS in their last seven home games and 7-3 ATS in their last 10 against the AFC West. The Chiefs will play at Indianapolis in Week 3.

The entire world is on the Chiefs in this one after their performance in Week 1, but the Chargers are no pushover. Their defense looks like the real deal this season and this will be a great test. Herbert went off at Kansas City last year as 6.5-point underdogs. The Chargers are more than capable of winning this contest, so take the points.