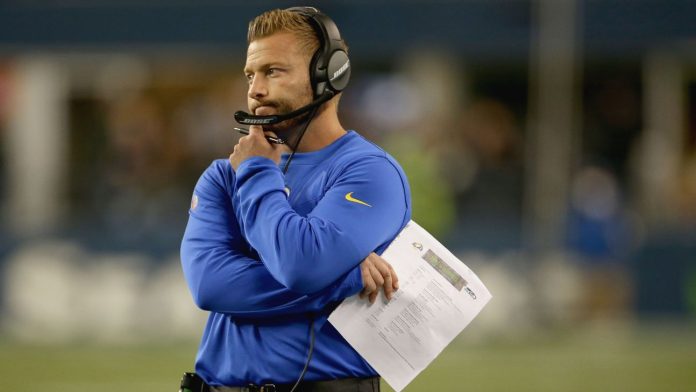 The final game of Super Wild Card Weekend takes place at the site of this year’s Super Bowl – SoFi Stadium in Los Angeles – as the Rams host the Arizona Cardinals in an NFC West clash. The division was wide-open for most of the season, but it came down to the Cardinals and Rams on the final weekend. All Los Angeles had to do was beat the San Francisco 49ers. It appeared that was going to happen, but the Rams collapsed in the second half in the 27-24 overtime setback. L.A. still won the division because the Cardinals couldn’t beat the last place Seattle Seahawks, falling 38-30. Obviously, these teams see each other a lot and it’s the Rams who have dominated recently.

L.A. is 9-1 against Arizona in the last 10 meetings, but that one loss came in Week 4 at this stadium. Kyler Murray threw for 268 yards and two touchdowns in Arizona’s 37-20 win, but Matthew Stafford threw for 287 yards and three TDs in L.A.’s 30-23 Week 14 win at Arizona. The Cardinals went an impressive 8-1 on the road and 8-1 ATS compared to 3-5 at home. L.A. wasn’t a great cover option this year, going 8-9 ATS overall and 4-4 ATS at home. The total has gone Under in four of the Rams’ last five games at SoFi Stadium. As of Saturday afternoon, the Rams are 4-point favorites with a total pegged at 49.5.

In the Week 4 win at Los Angeles, the Cardinals rushed for 216 yards, including 120 by Chase Edmonds. Arizona averaged 122 rushing yards per game during the regular-season and their 23 rushing TDs was third-most. Murray, Edmonds and James Conner combined for 1,767 rushing yards. Murray threw for 3,787 yards on the season with 24 TDs to 10 interceptions. He went 32-of-49 for 383 passing yards in the Week 14 loss, but was not able to pass for a touchdown while also getting intercepted twice. The Cardinals defense could get a huge boost with the possible return of J.J. Watt, who has missed the last two months with a shoulder injury. Watt is currently listed as probable. Arizona is 7-0 with Watt in the lineup this year and 4-6 with him out.

Despite being in the league for a long time, Matthew Stafford has played in only three playoff games and is looking for his first win. Of course, playing in Detroit doesn’t help your playoff resume, so he has a much better chance in Los Angeles. Stafford had a big year overall, setting a new Rams franchise record with 4,886 passing yards and finishing second to Tom Brady with 41 TD passes. Although, since Week 9, he’s thrown a league-high 11 interceptions, including four pick-sixes. He has great weapons including Cooper Kupp, who had a career year with 145 receptions, 1,947 receiving yards and 16 touchdowns. The defense ranked sixth against the run (103.2), but 22nd against the pass (241.7). The Rams are 5-4 against the spread in their last nine home games.

I’m going to take the points here. Arizona has been more comfortable on the road than at home this season including a win here. Bottom line is, I just don’t trust Stafford in a big game. He was great all year, but when the games got more important down the stretch, he struggled. I expect a big game from Murray and the Cardinals to win a high-scoring affair.