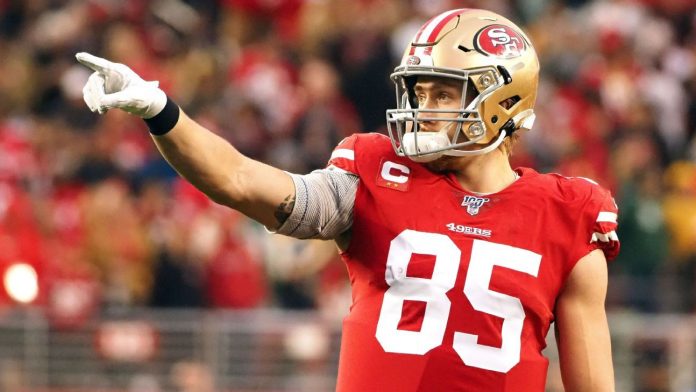 The San Francisco 49ers will take to the field for the first time since their Super Bowl LIV collapse when they host the Arizona Cardinals on Sunday afternoon at Levi’s Stadium. San Francisco, who is favored by almost a touchdown, are trying to avoid a Super Bowl hangover, while the Cardinals come into this season looking for even more improvement behind quarterback Kyler Murray. In the last 18 years – not counting the New England Patriots – teams coming off a Super Bowl loss are 2-13 ATS and 4-11 SU in Week 1. The 49ers offense seems to always get off to a slow start, hence their 6-0 Under mark in the last six openers. Murray got better as last season progressed, helping the Cardinals finish the season 7-3-2 ATS in their final 12 games. Even though they lost twice to the 49ers in 2019, they managed to put up 51 points against the solid defense. The 49ers return 18 of 22 starters from the NFC championship team and used first-round picks to help fill the holes created by two of the those departures. San Fran replaced retired left tackle Joe Staley by acquiring Trent Williams from the Washington Football Team.

Last year the Cardinals defense allowed a league-worst 402 yards per game, so they used their first round pick on linebacker Isaiah Simmons, while signing free agent defensive end Jordan Phillips. A pass defense that surrendered 281.9 yards per game last year (second-most in the NFL) will get star cornerback Patrick Peterson for a whole season after he missed six games a year ago on suspension. The Cardinals made what was perhaps the biggest move of the offseason by trading for Houston Texans wide receiver DeAndre Hopkins in exchange for just a second-round pick and running back David Johnson. Murray passed for 3,722 yards and 20 touchdowns with 12 interceptions, while Hopkins had 1,165 receiving yards and seven touchdowns on 104 receptions for the Texans. The Cardinals enter the opener in good shape health-wise, with tight end Maxx Williams (ankle) the only question mark among the starters.

Despite losing All-Pro DT DeForest Buckner in the off-season, most of the defense is still around. San Francisco’s Super Bowl defense allowed just 19.5 points per game last season. On offense, the addition of Trent Williams improves the line for quarterback Jimmy Garoppolo. The biggest concern for San Francisco right now is the depth at wide receiver with Tavon Austin, Travis Benjamin and Jalen Hurd all out in Week 1, while Richie James and Brandon Aiyuk are listed as questionable. Garoppolo was solid in the two games he started against the Cardinals last year, passing for 317 yards and four touchdowns with zero interceptions in their 28-25 win on the road in Week 9. Then had a 424-yard outing with four more scores in a 36-26 home win in Week 11. With the addition of tight end Jordan Reed, the 49ers could have the best duo at that position with him and George Kittle, who had 79 receiving yards and a touchdown on six receptions in the road win over Arizona last season.

San Francisco doesn’t normally get off to quick starts and aren’t particularly great as a home favorite (5-13-1 ATS run). Arizona has played well within the division (11-5-1 run as away division dog) and competed with the 49ers twice last season to the end. I like Murray and company to keep this one close.