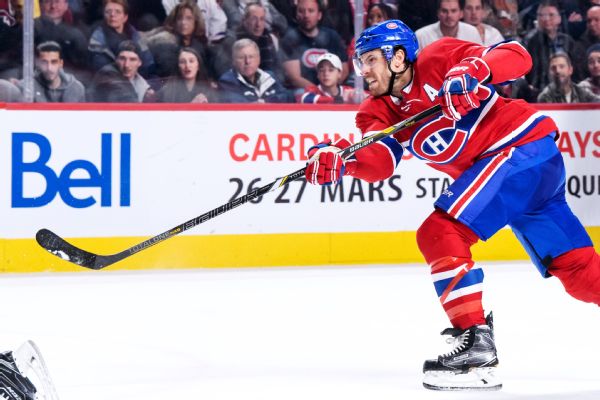 It’s been a rough road trip already for the Montreal Canadiens and it doesn’t get any easier this week. The Canadiens look to turn things around when they visit the Winnipeg Jets on Monday night for the first of a two-game set in Manitoba. Montreal has just one win during the first four games of their six-game trek through Canada and have scored exactly one goal in each of the three setbacks. The lone bright spot came last Wednesday night in Vancouver with a 5-1 triumph, but the Habs followed that up with a pair of losses in Calgary to the Flames. On Saturday, Calgary outshot Montreal 28-16 over the first two periods and scored the game’s first three goals in the 3-1 win. The Flames also had an 11-2 edge in takeaways as the Canadiens offense continues to sputter. The Jets are coming off a huge victory over first place Toronto on Saturday, scoring four unanswered goals in the final 24 minutes to gain the 5-2 victory. Mark Scheifele, Mason Appleton and Adam Lowry each had a goal and an assist, while Andrew Copp had two assists. The Jets return home on Monday after a successful 3-1-1 road trip through Montreal and Toronto, which included a 2-0-1 mark against the Leafs. The lone loss on the trip was a 7-1 setback to Montreal – Winnipeg’s worst defeat of the season. This will be the fifth head to head matchup between these two teams this season. The Jets have won three of the first four and the over is 11-4 in the last 15 meetings including 6-2 in Winnipeg.

Jeff Petry was the lone Canadiens goal scorer in their most recent loss on Saturday night. Petry leads the Habs in scoring with 11 goals and 14 assists. Tyler Toffoli leads all Canadiens in goal scoring with 15 but hasn’t scored since the last time the Habs played the Jets on March 6. Montreal has struggled on the road as of late, going 1-7 in their last eight games. They are also 3-3-3 since Dominique Ducharme took over for the fired Claude Julien. Defenseman Ben Chiarot is expected to miss this game versus his former team after suffering a hand injury last week. Carey Price saved 33 of 36 shots on Saturday and he is likely to start again on Monday. Price is 3-1-1 with a .952 save percentage in his past five games.

The Jets gave goaltender Connor Hellebuyck the night off on Saturday and Laurent Brossoit stopped 20-of-22 shots to record his fifth win of the season. Hellebuyck has only a 3.01 goals-against average in four games against the Canadiens this season, due in large part to allowing four goals on 19 shots in that 7-1 defeat. Nikolaj Ehlers is on a three-game scoring streak with three goals and three assists over that time. He leads the team in goals (13) and has 28 points in 26 games this year. Mark Scheifele has recorded a point in five of the last six games. He has consistently been in the NHL’s top 10 points race all season. The Jets are 7-2-1 in their last 10 games, averaging 3.4 goals over that time. They are also 6-0 to the over in the last six games.

The Jets are flying high after a successful road trip and have the Canadiens’ number so far this year. The Habs have struggled scoring goals of late and that’s a big problem with playing this Winnipeg team. I’ll take the Jets at home.