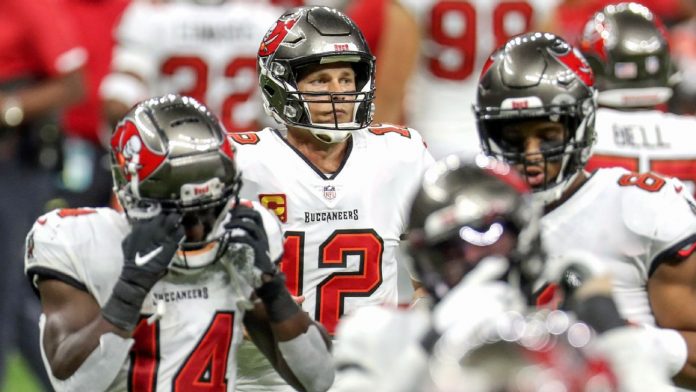 A pair of 3-1 teams will battle in the best Thursday night matchup we’ve had in the NFL since opening week as the Tampa Bay Buccaneers visit the Chicago Bears to kickoff Week 5. Tom Brady continues to dazzle even at 43-years old, leading the Bucs to their third straight win on Sunday by passing for 369 yards and five touchdowns in a 7-point triumph over the Los Angeles Chargers. Through four games, Brady has thrown for 1,122 yards, 11 touchdowns and four interceptions. Chicago enters with a 3-1 record, as well, right behind the Green Bay Packers in the NFC North. The Bears opened the season with three straight wins before losing 19-11 in Indianapolis last week. Nick Foles got the start in that one, passing for 249 yards and one touchdown, replacing the ineffective Mitchell Trubisky in the second half one week earlier.

The Bucs opened as 3-point favorites, but the game quickly moved to 5.5 before setting in at 4.5 as of Tuesday evening. These clubs met Week 4 of the 2018 season also in Chicago and the Bears cruised 48-10. Trubisky had a terrific game, throwing for 354 yards and six touchdowns. Jameis Winston and Ryan Fitzpatrick both saw time at QB that day for the Bucs and combined for three interceptions. The home team is 4-1 against the spread in the past five meetings and the Over is 5-3 in the last eight.

Brady’s five touchdowns went to five different receivers on Sunday and became the oldest QB to ever have that many TD passes in one game. The Bucs played without Pro Bowl wide receiver Chris Godwin and running back Leonard Fournette. In addition, tight end OJ Howard suffered a season-ending Achilles’ injury Sunday, meaning Rob Gronkowski could see more action. Running back LeSean McCoy also left with an ankle injury. Tampa Bay’s offensive line has been keeping Brady upright, ranking fourth in offensive quarterback sacked percentage (3.12). Mike Evans had 122 receiving yards and a touchdown on seven catches against the Chargers. On the defensive side, Tampa Bay is fourth in the league in allowing only 312.0 yards per game. The Bucs are 3-1 against the spread in their last four games away from home, but just 1-5 ATS in their past six on Thursday. Brady and company will host Aaron Rodgers and the Green Bay Packers next Sunday.

Foles completed 26-of-42 for 249 yards with a pick and late TD to Allen Robinson, who had seven catches for 101 yards. Fellow wideout Darnell Mooney had 52 receiving yards on five catches. The Bears are 24th in the NFL in total offense with an average of 343.3 yards per game, and 25th in scoring at 21.3 points per contest. The Bears are allowing just 20.2 points per game and are third in the league in opponents’ third-down conversion percentage (34.4 percent). On the injury-front, top pass rusher Khalil Mack was listed as a limited participant in practice to start the week because of a sore knee. A pair of defensive backs, Deon Bush and Sherrick McManis also didn’t practice. The under is 3-0 in the Bears’ last three games at home and Chicago is 11-4-1 ATS in its past 16 as a home dog. The Bears will be at the Carolina Panthers next Sunday afternoon.

I’m sure the public will be all over the Bucs in this one and I have to agree. I don’t usually like taking road favorites on a short week, but this Chicago team is not as good as their 3-1 record indicates. Brady should be able to carve up this defense and win by a touchdown.