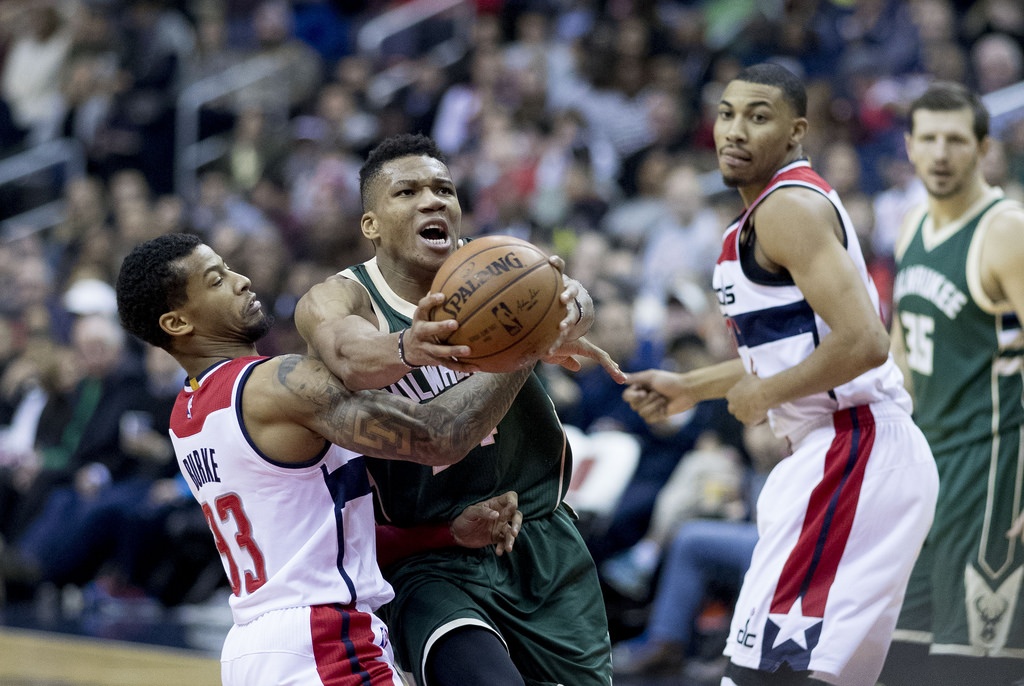 The Milwaukee Bucks were the prohibitive favorites going into this season to win the Eastern Conference, but as of a few days ago, their odds have shrunk. That’s because the Brooklyn Nets pulled off a blockbuster deal that landed them future Hall of Famer James Harden from the Houston Rockets. Now, the Nets have a big three in Harden, Kyrie Irving and Kevin Durant and will be a force come playoff time. Harden played his first game as a Net on Saturday and his debut couldn’t have gone any better. He posted a triple-double in Brooklyn’s 122-115 victory over the Orlando Magic to stay within 1.5 games of Milwaukee for the top spot in the East. The Bucks and Nets battle on Monday night in a nationally televised contest on TNT. The Nets shot 53.8 percent from the field and hit 16 three-pointers with the services of Irving, who missed his sixth straight game due to personal reasons and health and safety protocols. The Nets are 4-3 without Irving this season, while Durant is averaging 34.5 points in four games since returning from missing three games due to protocols. Milwaukee comes in riding a four-game winning streak and are winners of seven of their past eight games overall. The Bucks are coming off a 112-109 win over the Dallas Mavericks on Friday. Milwaukee is 14-3 in the past 17 meetings including eight-straight in Brooklyn.

Giannis Antetokounmpo scored 31 points on 14-of-21 shooting in the win over Dallas, but missed nine of his 10 free throws. He’s averaging 26.6 points on the season but is shooting a career-worst 57.5 percent from the charity stripe. Khris Middleton scored 25 points and hit two clutch 3-pointers in the final few minutes after Milwaukee gave up a 14-point lead. In the last eight games, the Bucks are averaging 119 points per contest and are second overall in the league at 120.2. Point guard Jrue Holiday was the only other double-digit scorer on Friday with 16 points and is 15-of-28 from the field over the last two games. The Bucks will host the Western-leading Los Angeles Lakers on Thursday.

All the attention and buzz surrounded Harden on Saturday, but Durant scored a season-high 42 points in the victory over Orlando. The Nets acquired Harden from Houston in a deal that cost them Jarrett Allen and Caris LeVert. Harden started slowly but ended up with 32 points, 14 assists, and 12 rebounds in 40 minutes. His 14 assists broke the franchise record set by Kevin Porter in 1977 for most in a Nets debut and was just the seventh player to get a triple-double in his debut with a new team. Irving is expected back into the lineup any day now and will form one of the most feared teams in the league. Shooting guard Joe Harris, who’s averaging 14.6 points on the season, scored 17 on Friday. The Nets will travel to Cleveland next for a pair of games against the Cavaliers.

It didn’t take long for Harden and Durant to gel and that’s not a good sign for the rest of the league. The Bucks have fared well in Brooklyn, but this is not the same Nets team. Milwaukee is just 6-13 ATS in their last 19 road games and I think the wrong team is favored here tonight.