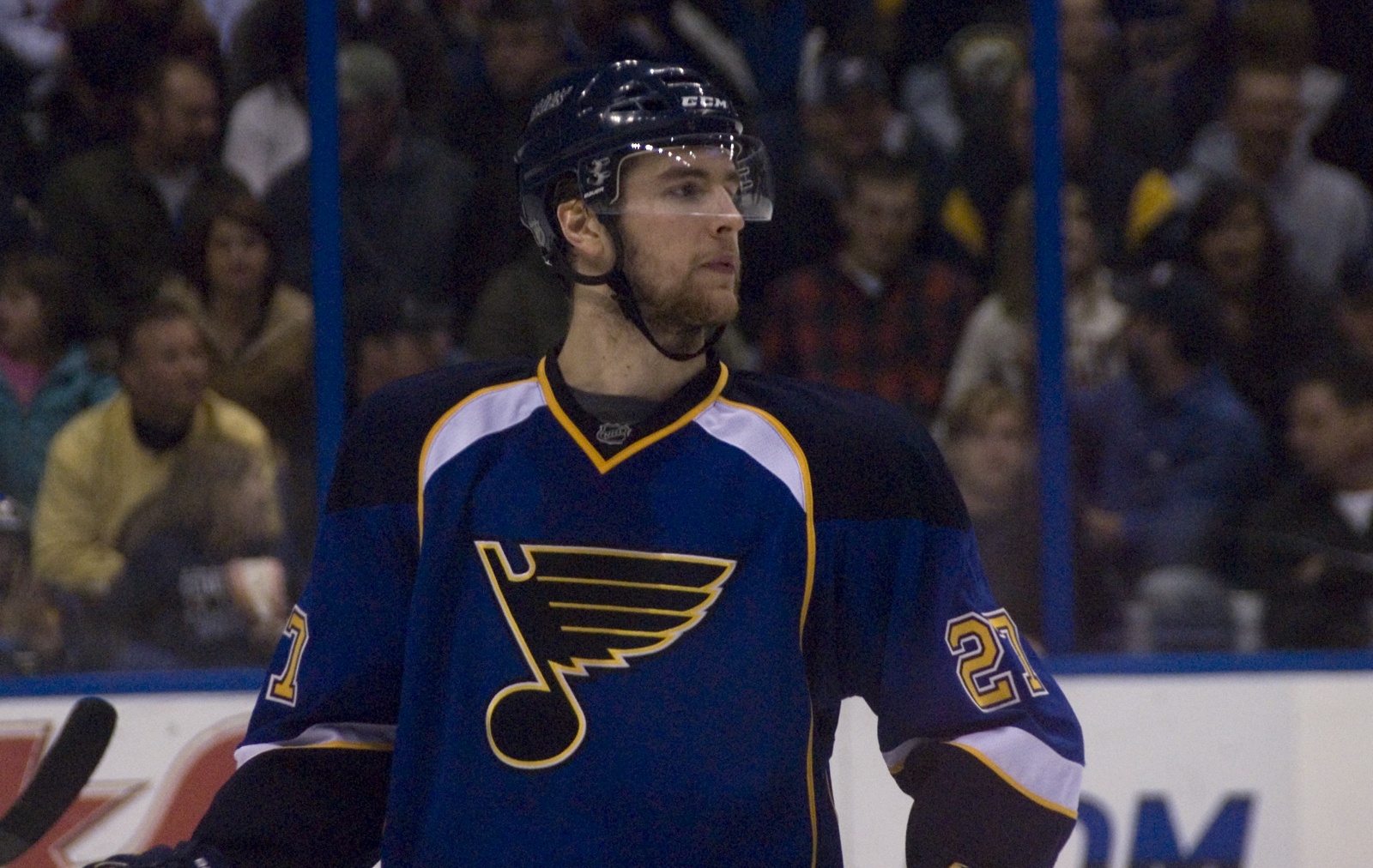 The red-hot St. Louis Blues invade Newark on Tuesday night to take on a New Jersey Devils team that they’ve owned in recent years, winning seven straight since the 2014 season. With at least a point in 11 of 15 games this season, Vladimir Tarasenko scored and set up a goal in Saturday’s 6-4 win over Toronto and recorded six points (one goal, five assists) in St. Louis’ two-game season sweep over the Devils last season. Tarasenko has 16 points this season to sit behind teammate Jaden Schwartz, who set up three goals against the Maple Leafs as the Central Division-leading Blues improved to 7-1-1 in their last nine games. New Jersey is looking to bounce back in the opener of its three-game homestand after dropping consecutive games for the first time this season to conclude its three-game trip in Western Canada. Taylor Hall scored in both losses to Calgary and Edmonton to extend his point streak to five games (four goals, four assists) while increasing his point total to 13 (four goals, nine assists) in his last eight contests. Devils rookie center Nico Hischier, who was the top overall pick in this summer’s draft, has recorded nine points (two goals, seven assists) in his past nine games.

Captain Alex Pietrangelo scored twice against the Leafs and is one of the top scoring defensemen in the league with 15 points (six goals, nine assists) in as many games this season. Pietrangelo was terrific last season against the Devils, scoring and setting up a goal, and has six points (two goals, four assists) and averages 19:23 of ice time in 10 career meetings. Jake Allen is looking to rebound after allowing four goals in his last outing, but enters Tuesday’s contest with just a 2-2-1 mark and 3.11 goals-against average on the road. The Blues have killed-off 12 of their last 13 power plays against in the last six games after allowing seven in the previous five. 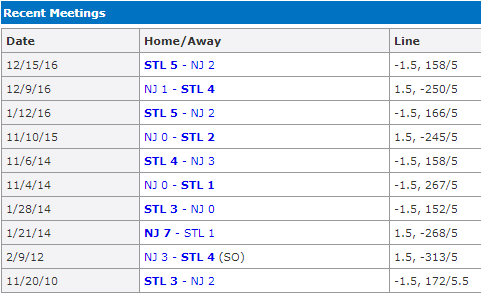 Veteran Brian Gibbons scored his team-leading and career-high seventh goal – and fourth in five games – in Sunday’s 5-4 shootout loss to Calgary. The 29-year-old journeyman scored just five career goals prior to this season and was a surprising keep out of training camp. Fellow forward Adam Henrique has been held off the scoresheet in each of the last three games and limited to just three goals this season after erupting for a career-best 30 in 2015-16 and 20 last season. Goalie Cory Schneider has allowed at least three goals in six of his last seven games and owns a 3-5-1 career mark versus St. Louis.

Both teams are playing well this season, but the Devils have dropped two straight, while the Blues are cruising. Also, St. Louis hasn’t lost to New Jersey in three years. Look for Tarasenko to haunt the Devils again.