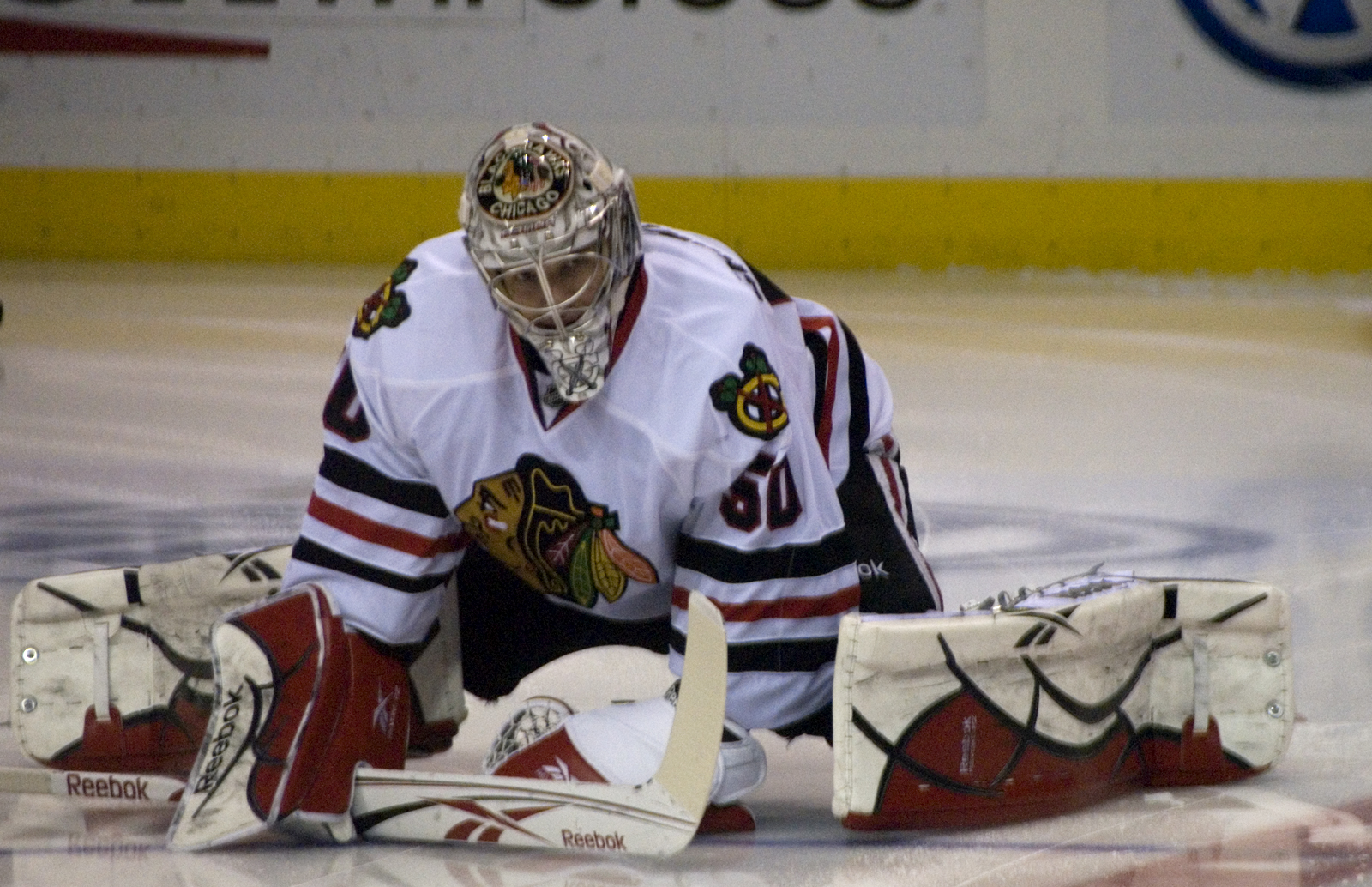 The Vegas Golden Knights look to keep up their winning ways despite digging deep into their goaltending depth, when they host the Chicago Blackhawks for the first time on Tuesday night – televised nationally on NBC Sports Network. Vegas lost its No. 1 goalie Marc-Andre Fleury to a concussion, traded away Calvin Pickard, and waiver pickup Malcolm Subban was lost for at least four weeks with a lower-body injury in Saturday’s 3-2 overtime victory over St. Louis. According to reports, Fleury is making progress and should be back soon, but former Columbus second-round pick Oscar Dansk, who stopped 10 of 11 shots in Saturday’s victory, will likely be in net Tuesday backed up by Maxime Lagace. Vegas is the first team to win six of the first seven games in its inaugural season, but the Blackhawks will be eager to take advantage of the Golden Knights’ situation in net with an explosive offense that is averaging 3.56 goals per game. Former Hart Trophy winner Patrick Kane recorded his fourth goal and team-leading 11th point as Chicago knocked off lowly Arizona 4-2 on Saturday to open a brief two-game road trip.

The bulk of Chicago’s scoring came when they scored 15 times in the first two games, but have cooled-off with 17 in the last seven. The defense has stepped-up by allowing a fifth-best 2.44 goals per contest. Goalie Corey Crawford has led the way with a .945 save percentage to go along with five wins. Second-year defenseman Michal Kempny (+6 rating) in addition to rookie Jan Rutta (two goals, five points, +5) are off to great starts for the blue line. Brandon Saad tops the team with six goals, but has been held off the scoresheet in each of the last three contests.

Vegas just keeps winning games and they’re doing it with solid defensive play (2.43 GAA) and coming up in the clutch (three overtime victories). James Neal has not scored in three games, but leads the team with six goals overall and forward Oscar Lindberg is the only other player with more than two goals (three). Rookie Alex Tuch is receiving more playing time thanks to the injuries to fellow forwards Jonathan Marchessault and Erik Haula, has posted two goals and an assist in three games with the Golden Knights after playing six scoreless games with Minnesota last season. Vegas is 3-for-8 on the power play in the last two games after converting once in 21 chances in their first five games.

The Knights have been one of the most profitable betting teams in the league as they’ve been the favorite only twice. The defense has been solid enough to stand in front of their third string goalie and come away with another victory, and add another win to our daily NHL picks.