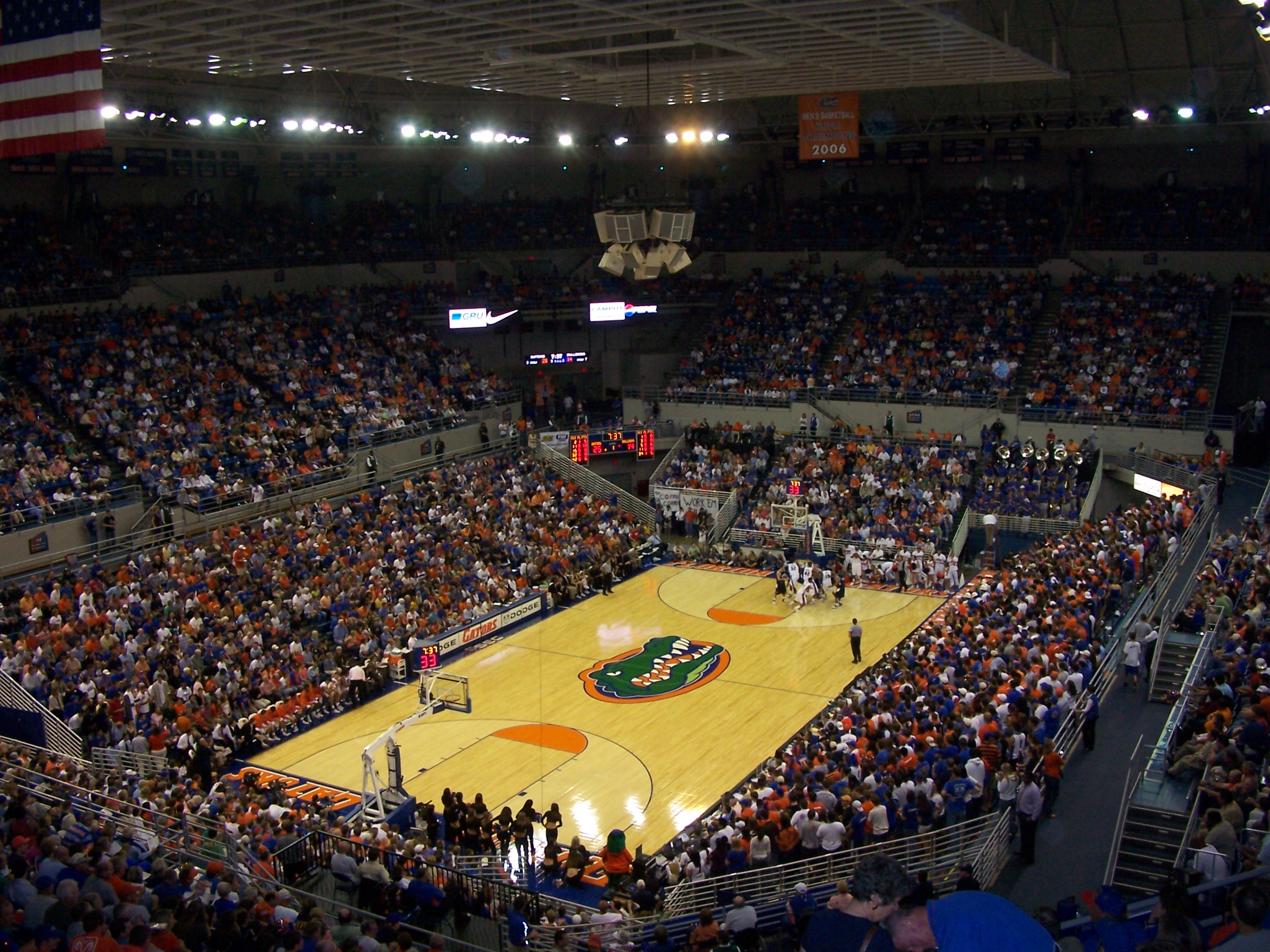 The number one spot in College Basketball polls have not been kind to many teams this season and the Gonzaga Bulldogs dropped from the perch of the AP Poll this week despite not losing. The team that took Gonzaga’s spot are the Baylor Bears, who are No. 2 in the coaches poll behind the Bulldogs. Baylor is seeking their 16th win in a row when they visit the Florida Gators as part of the Big 12/SEC Challenge Saturday night. The Bears’ 5-1 record in the challenge is the best mark by any team in either league and now they’re running through their own conference. Baylor beat Oklahoma on Monday for their sixth straight Big 12 victory in a row – the first time in school history they’ve done that. It is also their best start in conference play since they started 10-0 in 1948 when they were part of the Southwest Conference. The Gators are in a stretch that began with a 69-47 home win over No. 16 Auburn before coming up short to the lone undefeated SEC team – LSU. Florida has shown signs of great defensive play this season, but at times have lost focus, especially on the road.

Baylor’s defense has been consistently good all season, ranking sixth in the country in points allowed (58.5) and have forced at least 15 turnovers in 10 of their 17 games. Leading scorer Jared Butler (16.1 points) missed his first 10 shots and finished 2-of-13 from the floor, including 0-for-6 from 3-point territory after making at least two in his previous three games. Junior guard MaCio Teague led the Bears with 16 points against the Sooners despite hitting just 4-of-13 from the field. Leading rebounder Freddie Gillespie (9.3) is tied for second in the Big 12 with seven double-doubles after a 12 and 15 outing Monday. Baylor will put their 6-0 conference record on the line Wednesday at Iowa State.

The Gators sit tied for third in the SEC (4-2) and would love a win over a top-ranked team to improve their NCAA resume. The offense has picked things up recently, averaging 83.4 points over their last seven contests. Leading scorer and rebounder is Virginia Tech graduate transfer Kerry Blackshear Jr. (14.8 points, 8.7 rebounds), who ranks second in the SEC with eight double-doubles. Andrew Nembhard (11.0 points, 6.1 assists) recorded a double-double versus LSU with 15 points and 10 assists, while sophomore guard Noah Locke (10.5 points) extended his three-pointer streak to 15 games. Florida hosts Mississippi State on Tuesday.

This is not going to be an easy contest for Baylor on Saturday night. There isn’t a clear-cut No. 1 team in the country this season and top-ranked teams have had some bad luck thus far. This is going to be a great defensive battle and I like the total to go under.