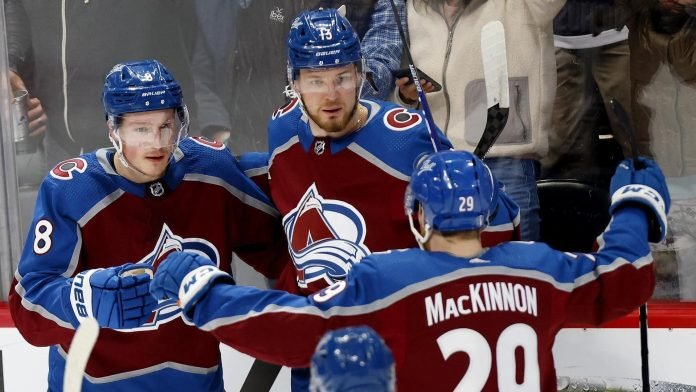 The Edmonton Oilers are really up against it in this year’s Western Conference finals. They hope to avoid being swept by the Colorado Avalanche when Edmonton’s hosts Game 4 Monday night at Rogers Place. The Avs have thoroughly dominated this series and are one win away from their first trip to the finals since they won it all in 2001. Colorado holds a commanding 3-0 lead after Saturday’s 4-2 win on the road in Game 3. That makes the Avalanche now a perfect 6-0 away from home this postseason. How difficult will it be for the Oilers to come back? In NHL history, there have been 202 teams that have taken a 3-0 lead and 198 of them have won the series. Edmonton will have to take the approach of one game at a time, but they do have the firepower to stage a comeback.

Edmonton will be without forward Evander Kane after he was suspended one game after receiving a major penalty for boarding Colorado’s Nazem Kadri from behind on Saturday. Kane leads all players this postseason with 13 goals. Kadri, who has six goals and 14 points in the playoffs, will miss the rest of this series and probably more. Colorado is now 5-1 this season against Edmonton and are -130 favorites for Game 4. After 14 goals were scored in the series opener, the next two games have gone under the total thanks to a Colorado defense that has limited the Oilers to just two goals. The total for Game 4 is set at 6.5 with the Over costing -140.

Colorado fell behind 1-0 in Game 3 but easily came back to record their seventh comeback victory this postseason. The Avalanche have been peppering the Oilers’ goaltenders all series long and had 43 shots on goal in Game 3, while allowing just 29 from the Oilers. Valeri Nichushkin scored two goals on Saturday, while Devon Toews had a pair of assists. Goalie Pavel Francouz improved to 5-0 this postseason by allowing just two goals on 29 shots Saturday. Regular netminder Darcy Kuemper is still out with an injury and there has been no word on when he’ll be back.

Connor McDavid scored a goal in Game 3 and is capable of carrying this team to a series comeback, although it’s a longshot. He will need much more help from his teammates to make that a reality. Edmonton gave Colorado five power-play opportunities in Game 3, and while Edmonton prevented the Avs from scoring, it puts a lot more pressure on the 40-year-old goalie Mike Smith. Despite losing at home on Saturday, Edmonton is still 20-6 in their last 26 games at Rogers Place.

I do think Edmonton is capable of getting at least one win, but it won’t be easy. The Avalanche are clearly the best team left in the playoffs and will want to end this series quickly to get as much rest as possible for the Stanley Cup Finals. Remember, Colorado is a perfect 6-0 on the road this postseason.