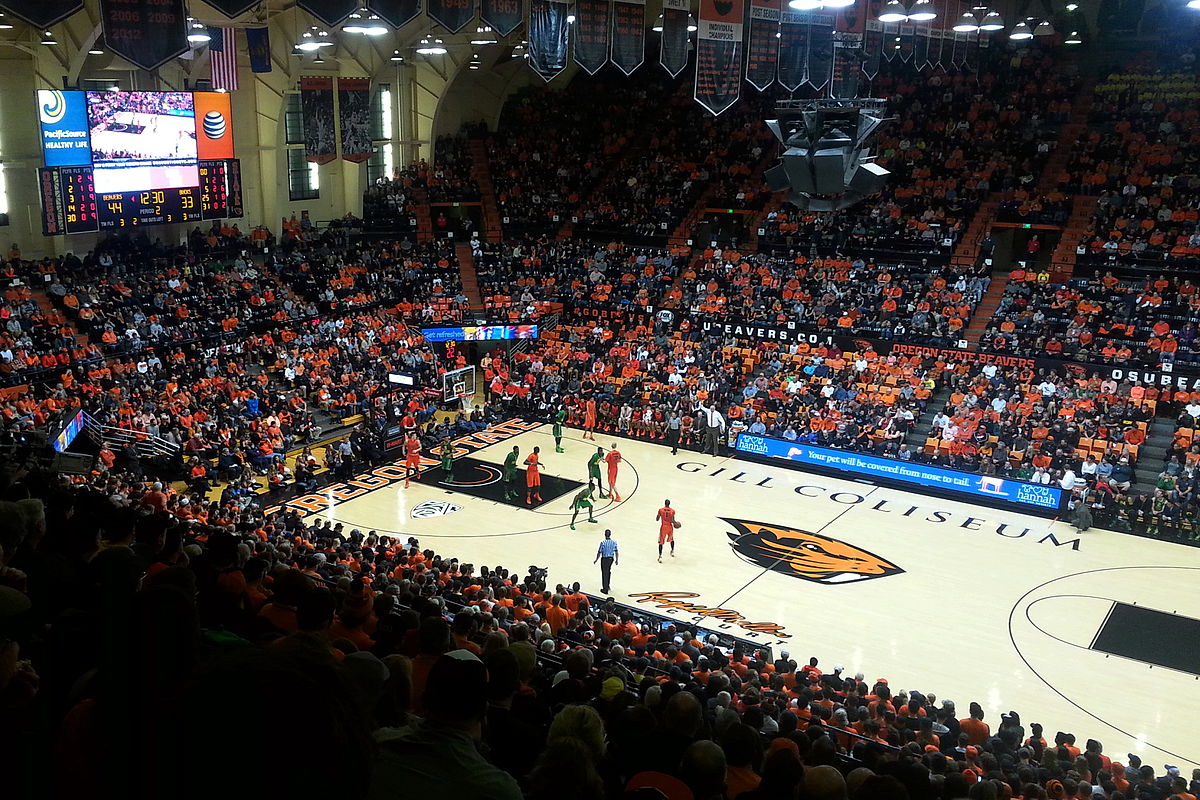 It’s been a long time since the Oregon State Beavers were actually better than the Arizona Wildcats – and favored – as the two set to meet in Corvallis on Thursday night. Arizona comes in with back-to-back wins as they look to avoid their second losing Pac-12/10 record in 35 years and maybe play in one of the postseason tournaments in March – but not the Big Dance for sure. It’s been a down year for the Wildcats, who have been dodging the headlines all season with the program’s involvement in FBI-investigated recruiting corruption and reports that head coach Sean Miller will be subpoenaed to testify at a trial in April. The Beavers are having one of their best seasons in decades and with one more victory in their remaining four games, would clinch their first conference record above .500 since the Gary Payton-led 1989-90 team that went 15-3. Washington has the regular season title all but locked up, but the Beavers can clinch a first round bye with a top four finish. The are currently third, a half-game ahead of Utah and 1.5 games in front of USC and UCLA. Arizona has won the last six meetings and 13 of the last 14 overall with Oregon State, including an 82-71 home victory on January 19th.

Arizona’s inability to get the ball in the basketball on a consistent basis is their main problem, as they rank ninth in the Pac-12 in scoring (72.1) and 11th in field goal percentage (42.9). Arizona is coming off home wins against winless (conference) California and Stanford last week, but the final three games will be a challenge (@Oregon State, @Oregon, Arizona State). The Wildcats have three players averaging in double-figures led by guard Brandon Randolph (13.1). Fellow guard Brandon Williams (11.7) and center Chase Jeter (11.7) are next with Williams returning from a six-game injury absence to score four points in 18 minutes versus Stanford. Arizona is 3-6 in road games this season and 4-7-1 ATS overall away from home (including neutral sites).

The Beavers are coming off a road split versus the L.A. schools last week, beating USC 67-62 and falling by one point at UCLA. Oregon State has won five of their last seven overall and are 5-2 ATS in that stretch as well. Forward Tres Tinkle leads the Beavers in points (19.8), rebounds (8.2), and steals (1.6), while also contributing 4.2 assists per game. Tinkle combined for 33 points in the L.A. trip to go along with, 29 boards and 10 assists. Brothers Stephen (16.4 points) and Ethan Thompson (13.2) run the backcourt for Oregon State and also combine to average 9.4 rebounds and 6.9 assists per contest.

It seems strange to take Oregon State as a favorite over Arizona, but they simply are the better team. Arizona shoots just 41.2 percent on the road and allow opponents to shoot 49.7 percent. They are going to find it difficult to beat the Beavers this time around after Oregon State turned the ball over 15 times in Tucson last month. Lay the points.