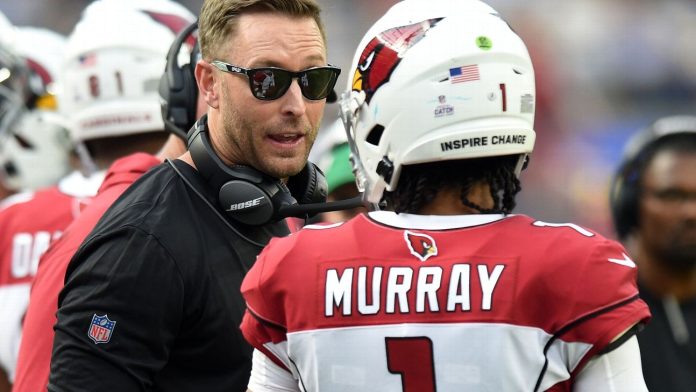 The San Francisco 49ers have a chance to move into a first place tie in the NFC West when they battle the Arizona Cardinals at Estadio Azteca in Mexico City this Monday night. The very first regular season NFL game played outside of the United States took place 17 years ago in Mexico City and featured both of these teams. We are over halfway through the season and this is the first matchup between these division rivals. Last season, the Cardinals earned a sweep, winning 17-10 at home and 31-17 in California. Arizona has done well in recent years in the series, going 7-3 SU and 7-2-1 ATS in the last 10 meetings. The underdog is 6-1-1 against the spread in the past eight meetings.

The Cardinals have not had a great season to date, but are still in the thick of things in the division race. Arizona has dropped four of their last six games, but came away with a 27-17 road win at the defending Super Bowl champion Los Angeles Rams last Sunday. The Cardinals have played better away from Glendale this season, going 3-2 on the road as compared to 1-4 at home. This is technically a road game for San Francisco, who are coming off a 22-16 win over the Los Angeles Chargers on Sunday Night Football. That’s back-to-back wins for the 49ers, who were on a two-game skid prior. San Fran is just 1-3 ATS in their last four games. These teams will meet again in Week 18 on January 8th in California.

San Francisco got off to a slow start last week and was down 10 at halftime before shutting out the Chargers in the second half. Christian McCaffrey ran for the go-ahead touchdown with 7:54 to play and has accounted for four touchdowns in three games since coming over from Carolina. Fellow running back Elijah Mitchell returned from injured reserve and had 89 yards on 18 carries. Linebacker Dre Greenlaw was ejected for a helmet-to-helmet hit and was fined $10,000 but wasn’t suspended. Azeez Al-Shaair, who was in his first game back from injured reserve following a sprained knee, replaced Greenlaw and recorded three tackles. The 49ers practiced this week at Air Force Academy outside Colorado Springs, Colo., to get acclimated to the high altitude in Mexico City. The 49ers are 5-0 ATS in their last five games against NFC West teams.

We still don’t know if Kyler Murray will return from a hamstring injury this week. He is still listed as questionable. Veteran Colt McCoy was solid in his place, throwing for 238 yards and a TD, but tweaked his knee late in the victory. Both quarterbacks were limited participants in practice this week and McCoy is listed as probable. James Conner rushed for two touchdowns, but Pro Bowl tight end Zach Ertz injured his knee and is expected to miss the season. Rookie Trey McBride will likely take over as the team’s starting tight. DeAndre Hopkins and Rondale Moore combined for 192 receiving yards on 19 catches in Week 10. Hopkins (hamstring), offensive lineman D.J. Humphries (back), cornerback Byron Murphy Jr. (back) and safety Budda Baker (ankle) missed some practice time this week.

I’ll take Arizona and the points in this neutral-site division game. Arizona plays much better away from home and have done well against San Francisco in recent years, going 7-2-1 ATS. I’m comfortable taking the points with either Murray or McCoy.