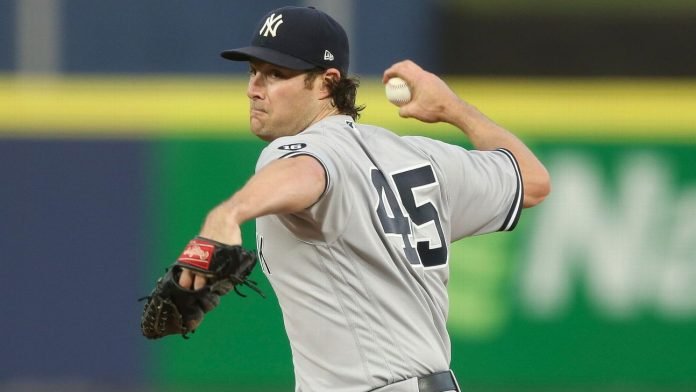 The main concern regarding the New York Yankees’ postseason chances this season was the pitching staff. After 10 games, the staff is doing their job, but the high-powered offense hasn’t generated a thing. New York will look to get the bats going when they open a three-game series at the Detroit Tigers on Tuesday night. The 5-5 Yankees rank fourth in the league in team ERA at 2.53 and third in strikeouts with 101 entering Monday’s action. However, the Yankees are only scoring 3.0 runs a game after getting shutout 5-0 at Baltimore on Sunday. The Orioles took two of three in the series and limited New York to just one run in the two victories. Four everyday players are hitting .212 or less including Joey Gallo, who’s hitting just .138 with four singles and no RBI.

The Tigers are having similar issues with decent pitching and an unproductive offense. Detroit hasn’t played since Saturday after their series finale at Kansas City was PPD because of rain. The Tigers managed to take two of three from the Royals, but scored just seven total runs in the three games. They are batting just .201 as a team and scoring 3.11 runs a game, while only hitting six home runs. The offense will be without shortstop Javier Baez for the entire series due to a thumb injury. The Tigers have placed starting pitcher Casey Mize on the 10-day IL due to an elbow injury and Matt Manning left Saturday’s start after two innings due to shoulder discomfort. The teams split the six games in 2021 with the home team winning every one.

Gerrit Cole will be making his third attempt for his first victory of the season. In his first outing on April 8, he allowed three runs in four innings against the Red Sox and received a no-decision. He also received a no-decision against the Blue Jays on Wednesday after allowing three runs in 5.2 innings. Cole was removed after throwing 85 pitches and striking out six. In nine career starts against the Tigers, he has posted a 6-1 record and 1.92 ERA.

Tyler Alexander will make his second start and does not have a decision. Last Tuesday against Boston, Alexander gave up three runs in 5.1 innings. Alexander might stay in the rotation a little longer than expected. He is expected to fill in as the fifth starter until Michael Pineda is ready, but he’ll probably stick because of the injuries to Mize and Manning. He has made two career relief appearances against the Yankees, giving up three runs in seven innings.

I want to take a shot with the Tigers in this one, but Alexander is not good and the Yanks could rough him up. But I’m also not confident in Cole either. Therefore, I will take the Over in this one. Each of Cole’s last six starts dating back to last year, have gone Over.