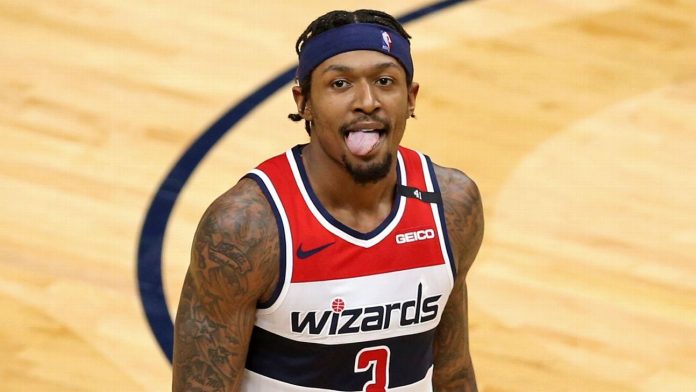 The nightcap on Tuesday night’s NBA Play-in action pits the surging Washington Wizards against the slumping Boston Celtics from TD Garden. This is the 7 vs. 8 game in the East and the winner will punch their ticket to the first round of the postseason against the favored Brooklyn Nets (2 seed). Boston opened as a 1.5-point favorites on the NBA odds with a total of 233. The loser of this game will host the winner of Tuesday’s Charlotte at Indiana matchup for the No. 8 seed in the playoffs and the right to play the No. 1 Philadelphia 76ers. The C’s ended the regular season in a deep slump, losing five of their last six games and nine of 13. They also lost standout guard Jaylen Brown (wrist) for the rest of the season, who averaged 24.7 points per game. Washington was sizzling down the stretch, going 17-6 to end the regular season. Russell Westbrook finished with 38 triple-doubles on the season and now has 184 for his career – tops all-time. Fellow guard Bradley Beal finished second in the NBA in scoring at 31.3 points per game but is less than full strength due to a strained left hamstring that caused him to miss three games near the end of the season. He played the finale against Charlotte and scored 25 points.

Boston won two of the three during the regular-season, but the teams last played on Feb. 28. Washington was well under .500 at the time and the Celtics were healthy. Beal averaged 40.7 points with a high of 46, while Westbrook didn’t record a triple-double in the three meetings. Washington is 3-12-1 against the spread in their past 16 games in Boston, while the under is 5-0 in the past five meetings overall.

Beal finished second in the NBA in scoring at 31.3 points per game, while Westbrook somehow averaged a triple-double again this season (22.2 ppg, 11.7 apg, 11.5 rpg). Westbrook got his 184th triple-double in Sunday’s win over Charlotte, finishing with 23 points, 15 rebounds and 10 assists. Robin Lopez also had a good game against the Hornets with 18 points and six boards off the bench. The Wizards are 8-1-1 ATS in their past 10 road games and finished 15-21 away from home.

Boston was one of the East’s biggest disappointments this season as the Celtics were supposed to be title contenders after reaching the 2020 Eastern Conference Finals. Injuries were definitely an issue, but the team’s defense took a step back. The Celtics also are lacking in frontcourt size. Tatum, Kemba Walker, Evan Fournier and Tristan Thompson all missed the regular-season finale against the Knicks with mild injury issues but should play on Tuesday. Guard Marcus Smart also missed the final two games, while Robert Williams sat the last four games of the regular season dealing with a case of turf toe. The Celtics finished 21-15 at home this season but are 0-4 ATS in their past four at TD Garden. Boston is 7-3 against the spread in their last 10 games as the home underdog.

This is a tough one to call, but I have to go with the team that has been playing better. The Celtics have really been in a funk and they are really banged up. Westbrook has been outstanding and of course Beal can score as many as he wants. I say the Wizards ride the momentum to a victory tonight and clinch the seven seed.