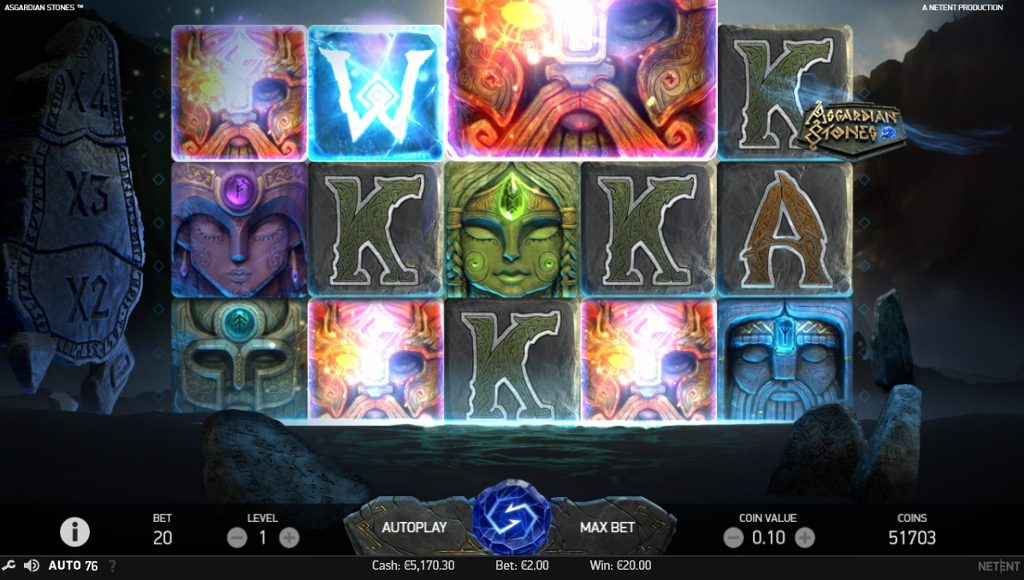 Vikings Go Berzerk was released in 2016 and is the development of Yggdrasil Gaming, a gaming company located in Malta and founded in 2013. Yggdrasil Gaming although based in Malta has a development office in Krakow in Poland and a regional office in Gibraltar. They are also responsible for Jackpot Raiders, Niagara Falls and Rise of the Champions and are climbing ahead in innovation and design within the online gaming industry.

Vikings Go Berzerk is a five reel, four row slot with twenty five pay lines and with a RTP of 96% and bets start at 25pence to £125 per spin and the game is playable on PC’s mobile devices and tablets.

As the name suggests the theme is based on Vikings and features four very angry Vikings participating in a sea adventure against ruthless sea monsters ruthless and, of course, a looting expedition. The Vikings are older and now angrier than they were in Vikings Go Wild and as the player will see the Vikings are ready to go berserk. The game does have similar graphics to its predecessor as to be expected. The screen is the Viking longboat with two mermaids at either end of the boat.

The main symbols are four Vikings and these are the highest paying symbols. The lower value symbols are the gold, silver and bronze coins. The Wild symbol is exactly that, a WILD logo, which as always supersedes the other symbols except the scatter and in the case of Vikings Go Berzerk the Wild symbol cannot replace either of the treasure chests too. There is also the option of a sticky wild which is the WILD logo but can stick on any reels. The scatter symbol is a blonde mermaid rising from the sea and as mentioned there is also a Treasure Chest and a Golden Treasure Chest.

The Treasure Chest can only land on reel four and can reward the player anything from 50 coins to a 1000 coins as well as rewarding them with either 7, 14 or 21 free spins.

The Golden Treasure Chest is slightly more lucrative. It can only land on reel five and can reward the player anything from 250 coins to 10,000 coins.  The Golden Treasure Chest also rewards with free spins of 7, 14 and 21. In addition there is the bonus of an additional 25% on the Viking Rage Meter and the Ragnarok free spins which can be triggered and take the player into Berzerk mode.

Each time the main character wins the Viking Rage Meter will flare into action. When the meter of the character has reached its maximum 7 free spins will be awarded but at this point the Viking will be berserk and every time the enraged Viking lands during a free spin it will beat the sea monster and go wild. The player, however, will also win on every free spin and therefore remain conquering.