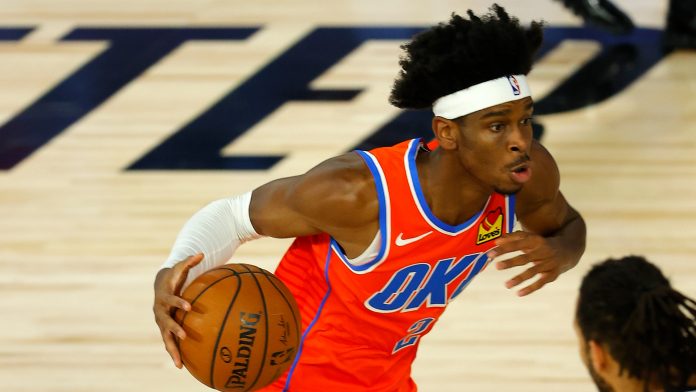 The Oklahoma City Thunder have made a living on the road this season and they will embark on a five-game trek starting Tuesday night in Denver when they take on the Nuggets. The Thunder earned their first home victory on Friday night and were set to make it two-straight on Sunday before the Philadelphia 76ers were unable to field enough players due to contact tracing issues. OKC instead practiced before heading to Denver for Tuesday’s contest with the Nuggets. The Thunder are 6-6 on the year – 1-5 at home and 5-1 on the road. They are also a sizzling 5-1 against the spread away from home, while the Nuggets are just 2-6 ATS at Ball Arena. Denver has been very inconsistent this season, failing to put together a three-game winning streak and are coming off a 109-105 home loss to the Utah Jazz on Sunday. It’s also very rare that the Nuggets have struggled at home, where they have already lost five games in eight opportunities. In fairness, not having fans doesn’t help the intensity level. Denver will get a scoring boost later this week when they start a road trip, as third-leading scorer Michael Porter Jr. is expected to return from COVID-19 quarantine after missing the last nine games. The Nuggets won the most recent meeting 121-113 in overtime in the Orlando bubble back in August and have won eight of the last nine encounters. Denver is also on an 11-1 ATS run against the Thunder including five-straight at home.

Shai Gilgeous-Alexander has taken over for this young Thunder team and is averaging 25.2 points over the last five games, including 33 points in the win over the Bulls on Friday. He drained 13-of-19 from the field and is shooting a career-best 50.8 percent overall. George Hill slumped to just eight points on Friday on 3-of-11 shooting, but the Thunder had three reserves score in double-figures. One of those was shooting guard Kenrich Williams, who scored a season-best 14 points on 6-of-6 shooting. Williams has now made 10 of his 11 shots over the last two games. OKC’s brutal road trip continues on Friday with a back-to-back against the L.A. Clippers.

Of course, most of Denver’s offense comes from Nikola Jokic, who leads the team in almost every offensive category and averages a triple-double. He contributed a triple-double in last week’s win over Golden State and came up one assist short of another one in the loss to Utah on Sunday. For the season, Jokic is averaging 25.0 points, 11.4 rebounds and 10.3 assists. Jamal Murry was the only other player to score in double-figures on Sunday with 30 points, but was just 11-of-27 from the field. The Nuggets rank near the bottom of the league in both defensive field goal percentage (48.4) and defending the 3-pointer (39.1). Denver will be at Phoenix for a back-to-back later this week against the Suns.

Denver has dominated this series of late, but this is way too many points. The Nuggets have been too inconsistent to lay 9.5 points and the Thunder have been money this year on the road (5-1 ATS). I expect a close game here.