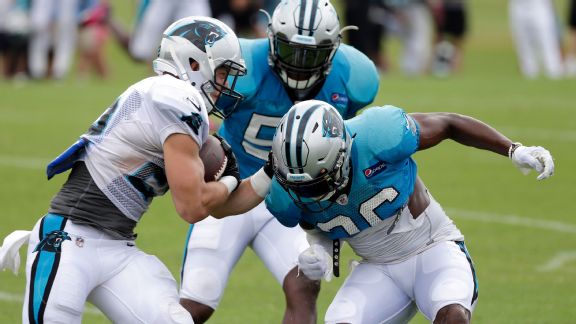 The first full week of NFL Preseason games gets underway on Wednesday night as the Carolina Panthers host the Houston Texans from Charlotte, North Carolina. The Panthers opened-up as three-point home favorites, but the line has been bet down to -2, with the total down from 37 to 36. This will be the first meeting between these two clubs since Week 2 of the 2015 season when the Panthers pulled-out a 24-17 victory behind a 195-yard, two touchdown effort from Cam Newton.

The veteran quarterback might not even play there tonight, which will put the spotlight on Panthers rookie Christian McCaffrey. It will be the first professional game for the 2015 Heisman runner-up, who set the NCAA single-season record for all-purpose yardage that year. The Panthers will line up McCaffrey all over the field – running back, receiver, even a Wildcat quarterback. McCaffrey, who is a Offensive Rookie of the Year candidate, can also return kicks. Carolina doesn’t have a QB competition at all, but you will see a lot of Derek Anderson, Joe Webb, and Garrett Gilbert. The Panthers have missed second-round pick Curtis Samuel for all but one practice in camp because of a hamstring injury.

The Texans don’t have a set QB yet, so their competition is the main focus this preseason. The Texans traded their 2017 first-round pick (No. 25) and 2018 first-rounder to Cleveland to move up to No. 12 in order to take Clemson quarterback Deshaun Watson. He is the two-time Heisman Trophy finalist and reigning national champion. The Texans took Watson as they had a need at quarterback after dealing last year’s starter, free-agent bust Brock Osweiler, to Cleveland. Head coach Bill O’Brien has liked what he’s seen so far out of Watson and he could beat out Tom Savage for the starting job. Watson is one of the early NFL Offensive Rookie of the Year betting favorites. Houston already has suffered one major injury in camp as starting receiver Will Fuller broke his collarbone and will miss 2-3 months. The No. 21 overall pick in the 2016 draft caught 47 passes for 635 yards and two scores as a rookie and was a solid punt returner.

I can see both Houston quarterbacks playing very well as their competition begins here tonight. It’s really hard to take favorites in meaningless preseason games. The homefield advantage really doesn’t play a factor in these games. I’ll take the points.