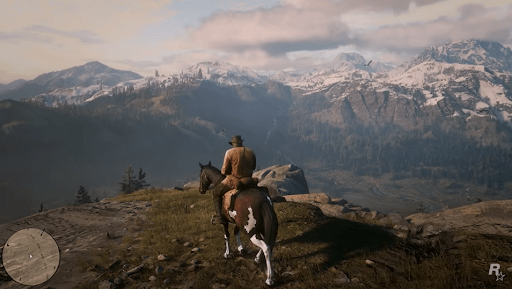 Have you tried Red Dead Redemption 2 yet? If your answer is negative, you sure are missing out on one of the best survival games on the market. Red Dead Redemption 2 is among those games that will give you the highest of the highs in one second and then send you straight to the depth of hells in another. From the exciting storyline to side quests, this open-world game will take your breath away. It is the perfect fusion between an adventure and survival game.

However, just because it is popular, one should not assume the game to easy to play. Even with the best Red Dead Redemption 2 hacks, you might find yourself struggling from the first minute. There are some essential Red Dead Redemption 2 tips, tricks, and strategies that every beginner play must know to be in for a fun experience in the game.

Players in survival games tend to be narrow-focused, which could easily be their undoing. Sure, your target is to stay alive and focus on getting to a safe location, but that should not mean you start ignoring your surroundings. Red Dead Redemption 2 is an open-world game with lots of possibilities for gamers. There are many places that must be explored and NPCs that gamers should interact with. Being laser-focused on the target will simply not do.

One also must keep an eye on smoke in the air signifying a campfire and a white circle that would indicate the nearby stranger’s mission.

Set your destination on the map

This is a piece of advice that would be game-changing for Red Dead Redemption 2, especially for someone not having much experience in open-world games. Now, when you are traveling from one place to another, you would correspond to the map to determine your current location and whether you are on the right path or not. But there is another and simpler way you can go about it. And that is by simply setting a destination on the map. The mini-map would then guide you along the shortest path.

Keep an eye on the vitals of both your character and the horse.

Now you would keep an eye on your vitals. It is something that does not need reminding, but what about your horse? Yes, in Red Dead Redemption 2, you must not only check your vitals after every few moments, but the same must also be done with respect to the horse. You would not want your ride to be sick in the middle of a mission, would you?

Don’t kill people to escape; better to pay your bounty.

Sooner or later, you would commit a crime and be spotted in Red Dead Redemption 2; it is unavoidable. Now, you can try to escape the jurisdiction and kill a couple more people on the way, but it is not something we would advise. Not only would doing so would increase your bounty, but even if you were able to escape, you might find it extremely difficult to travel there in the future.

No, the best way to go about it is to simply surrender to the lawman in the area and then pay the bounty off. And if they are still investigating the incident, clear the area and pay off the bounty at the nearest post office.

Bond with your horse

Even if you have just seen the trailer of this game, you would have understood how important horses are in Red Dead Redemption 2. Without a horse, one would struggle massively to accomplish any task. Hence, the need to bond with a horse as quickly as possible.

There are multiple benefits to this, as not only would it open up to new skill moves, but it would also allow you to call your horse from a greater distance. And what is remarkable is that you only have to feed your horse timely, pet, and brush them to increase the bond between you two. It is as simple as that.

Greet everyone you meet

Expanding on the first point in this list, we would encourage you to greet everyone you meet on your journey. This will increase your ‘honor’ count in the game. Also, you would be able to unlock side quests this way.

If you are a new player, you may have doubts about Red Dead Redemption 2 gaming strategies. Well, you have nothing to worry. Just follow the tips, tricks, and strategies mentioned above and you are good to go.