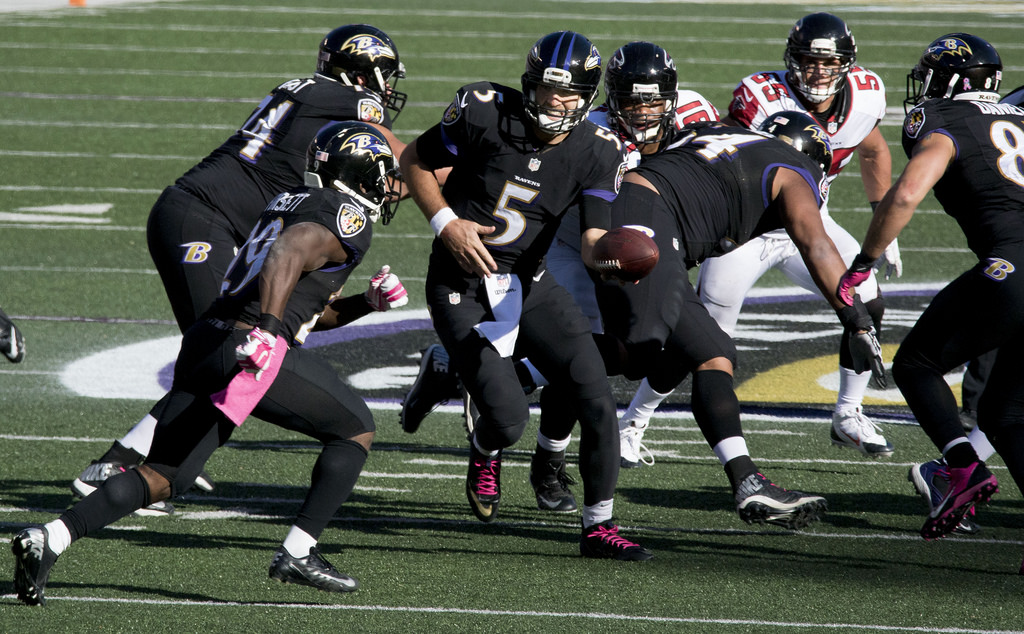 The Minnesota Vikings will go for their third straight victory and remain atop the NFC North when they host the Baltimore Ravens on Sunday afternoon in Minneapolis. The Vikings have suffered some big setbacks to their offense as oft-injured quarterback Sam Bradford seems to be lost for the season and rookie running back Dalvin Cook is already lost for the year. Case Keenum has done an excellent job in place of Bradford (knee), and Jerick McKinnon has put up big numbers in two games since Cook went down. Minnesota’s strength is still their dominant defense, which has been especially tough against the run. Baltimore is coming off a terrible home loss to Chicago (27-24), and has all kinds of issues on both sides of the ball. Baltimore WR Mike Wallace, who played for the Vikings in 2015, has three touchdown receptions in two career meetings with his former team. The Ravens and Vikings are meeting for the first time since 2013.

Baltimore’s passing game stinks right now – and I’m being nice. Joe Flacco has thrown one touchdown pass and six interceptions over the last four games and the team ranks 31st in the league in passing. It’s a good thing their getting terrific contribution from running back Alex Collins, who leads the league with a 6.44-yard per carry average, but he has yet to find the end zone. Baltimore’s is not as dominant as it used to be, but is still very tough against the pass but has been gashed on the ground of late, as it gave up 231 rushing yards against the Bears. Linebacker C.J. Mosley leads the league with 55 tackles. The Ravens will have a short week to prepare for the Miami Dolphins on Thursday night.

Minnesota, who is now 2-1 in the NFC North, has won back-to-back divisional games and has held three straight opponents under 275 total yards. The Vikings rank third against the run (78.7) and have allowed more than 100 rushing yards only twice in six games. Defensive end Everson Griffen ranks second in the NFC with seven sacks and has recorded at least one in every game this season. Keenum has been efficient in Bradford’s absence, throwing five touchdown passes and one interception, and has found a favorite target in Adam Thielen, who leads the NFC with 489 receiving yards on 38 catches. Minnesota will travel to London next week to face the lowly Browns before entering their bye week.

Baltimore is a tough team to figure out, but I think I may have a pulse on their situation. They’re terrible and Flacco is either overrated, or past his prime. Look for the Vikings to stuff the run and create all kinds of problems in the backfield for Flacco. Minnesota wins this game easily.