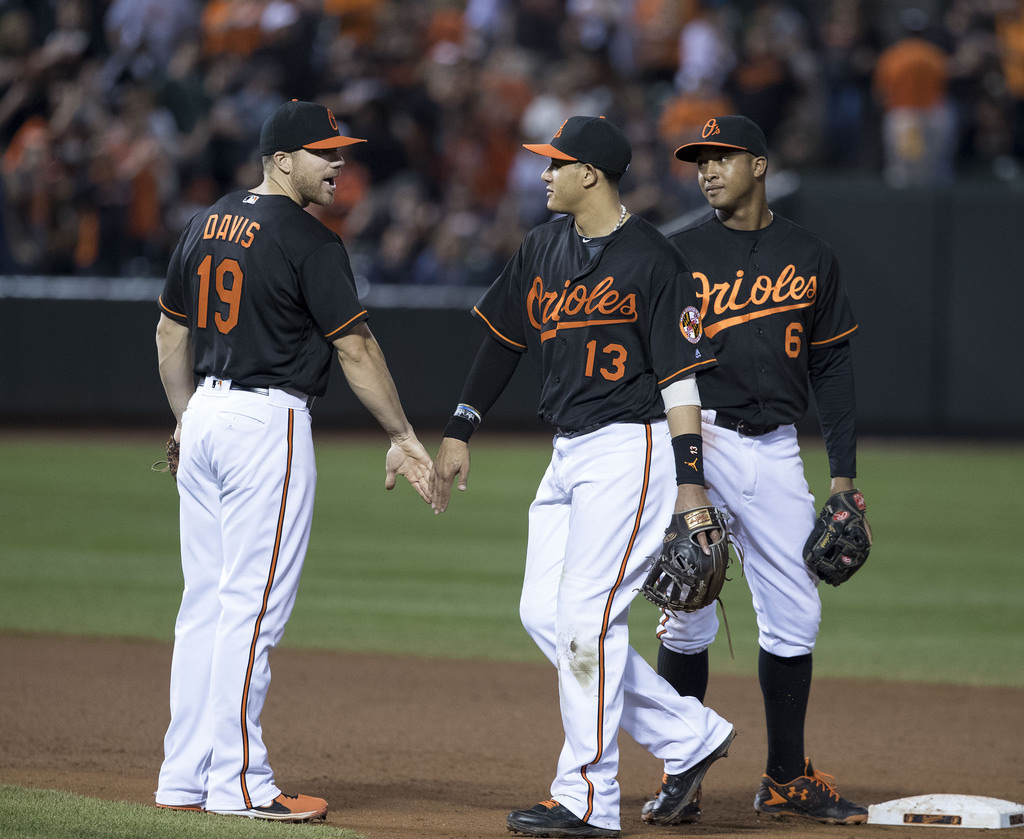 The Baltimore Orioles will try and get back on track when they open a four-game series with the Texas Rangers on Monday night at Camden Yards. The Orioles were edged out on Friday night against the Cubs, then went on to lose the next two by a combined 18-3. It was Baltimore’s eighth loss in their last 10 games overall. Baltimore hitters struck out 14 times and managed three hits in Sunday’s 8-0 loss and two of their big hitters are slumping badly. 1B Chris Davis went 1-for-11 with five strikeouts in the series against the Cubs, while CF Adam Jones was 1-for-12 with four strikeouts. The Orioles are praying for a decent outing from Chris Tillman tonight, but he’s winless with an ERA of 8.80 over his last 10 starts. The Rangers were unable to complete a sweep at Kansas City to begin the second half, falling 4-3 on Sunday when a routine fly was lost in the sun in the bottom of the ninth to allow the Royals to score the winning run. Mike Napoli homered in the loss and has gone deep in six of 10 games this month. 3B Adrian Beltre needs seven hits to tie Sam Rice (2,987) for 31st on the all-time list. Second baseman Rougned Odor is 0-for-15 over his last four games.

Andrew Cashner ended the first half on a high-note, allowing just two earned runs in seven innings to defeat Boston on July 5th. Cashner has not been as good on the road, posting a 4.37 ERA away from home as opposed to 2.50 in Arlington although he has yet to allow a home run in 45.1 road innings. Cashner pitched 7.1 strong innings in his only prior start against Baltimore in 2013, allowing one earned run in a no-decision at Camden Yards.

Tillman is looking for anything positive and his last outing was encouraging. He allowed two runs – his lowest total since his season debut May 7th – in five innings versus Tampa Bay on June 30th. Opponents are hitting .362 versus Tillman and have belted 11 home runs against him over his last seven starts. Tillman, who has been significantly better at home (5.88 ERA in seven starts versus 12.33 in four road outings) is 3-2 with a 5.40 ERA in his career versus Texas.

I will not put any money on Tillman this year unless it’s to take the OVER in a game. I’m not even sure why he is favored in this game. He has one victory this season and the Orioles have lost three-straight. Cashner has been good enough this year to keep the Orioles bats in check.