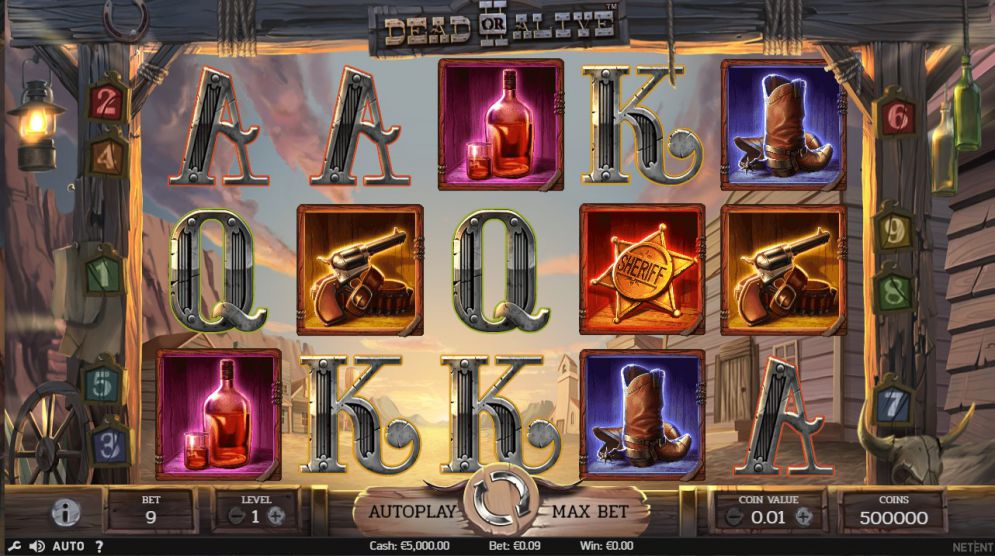 So far in 2019 we have had over 200 new games launched, that averages around 33 per month which is a huge amount. However, the players are there waiting for them in anticipation to arrive at brands such as Starslots.com. With that in mind players are already looking forward to 2020 where not only will there be more casinos introduced there will be changes within the industry, for example Bitcoin and Crypto casinos.

Dead or Alive 2. As the name suggests this is a follow up to the original game, which was launched in 2009 so it’s been a while since we’ve had an updated version of this game. The game is based on the original Wild West theme and is, without a doubt, bigger and more exciting than the first Dead or Alive. The RTP (Return to Player) is around 97%, which is the same as the first version, but the new updated version offers a Scatter jackpot which basically pays 2500 x your stake. Dead or Alive 2 is in essence both versions joined together which does make it familiar to play and even ten years later the original game is still a strong favorite.

Red Tiger Gaming launched Mega Pyramid in April 2019. It’s set in ancient Egypt where we are taking to an ancient pyramid and subjected to a sandstorm. Mega Pyramid is a fairly simple game to play but with good visuals and a although it’s not a progressive jackpot, however, there are some lucrative payouts to be won. The maximum that can be won is 5000 x your stake but it is rare to reach this, however, if you tolerate the simplistic way of the game then naturally you stand more of a chance of winning. The RTP (Return to Player) is 96.18% and the game does offer a free spin feature and is 5 reels, 4 rows and 30 fixed pay lines.

Dragons Fire, another game by Red Tiger Gaming is highly entertaining. Featuring 5 reels, 4 rows and 40 payouts, the game also offers a mega win of 10,000 of the stake placed, of course meaning fewer wins but high high potential. The RTP (Return to Player) has a percentage of 96.7%. The theme is Lord of the Rings with the fire breathing dragon protecting its treasure. As always with Red Tiger Gaming the visuals and sound effects are breathtaking.

Big Time Gaming, the Australian developer, launched Opal Fruits in May 2019 as a direct challenge to Starburst. Both Starburst and Opal Fruits are confectionary with Starburst taking over Opal Fruits in 1998 being exactly the same sweet with the same strapline but with a different name. Opal Fruits is a simpler game than other Big Time Gaming slot games but still offering exciting , adrenaline rush experience. Featuring free spins, re-triggers and unlimited progressive multipliers the game has very familiar features if you’ve played other Big Time Gaming slot games but with longer sessions, low stakes and as always stunning visuals and sound tracks.