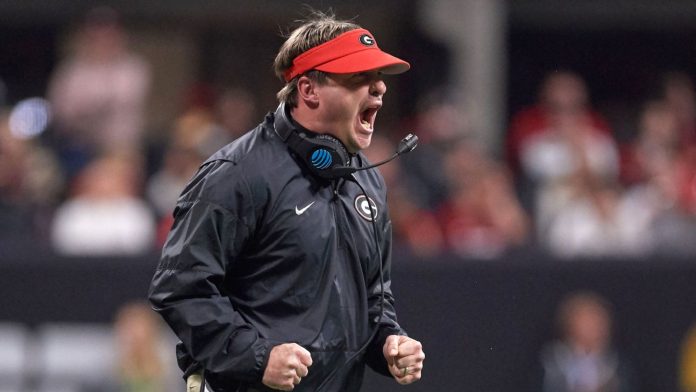 It has not been the greatest of Alabama seasons in 2021 but they are still in great position to not only win the Southeastern Conference once again, but clinch a spot in the College Football Playoffs. Standing in their way this Saturday in Atlanta are the top-ranked Georgia Bulldogs, who are far and away the best team in the country right now. The Crimson Tide have not been an underdog in a game since the middle of the 2015 season. That’s 92 games in a row as a favorite. They beat Georgia 38-10 in that game on Oct. 3, 2015 and will be almost a touchdown dog in this one Saturday. Alabama has not looked as dominant as in years past, barely getting by inferior opponents including last week’s 24-22, four overtime win at Auburn. The Crimson Tide didn’t score until the middle of the fourth quarter and needed a 97-yard touchdown drive in the last two minutes just to force overtime. They also own narrow wins over LSU and Arkansas.

Meanwhile, the Bulldogs have been steamrolling the opposition all season long. After a tough 10-3 win over Clemson to open the season, Georgia has won the rest of their games by at least 17 points, thanks to a defense that has surrendered a total of 83 points in 2021. The Bulldogs have not been tested the last two weeks, beating Charleston Southern and Georgia Tech by a combined 101-7. Their last SEC game was a 41-17 win at a Tennessee team that gave them a bit of trouble in the first half before Georgia pulled away for the win and cover. Alabama leads the all-time series 41-25-4, beating the Bulldogs 41-24 on Oct. 17, 2020, in Tuscaloosa in the latest meeting. The underdog is 6-1 ATS in the last seven meetings, while the over is 7-1-1 in the past nine.

Georgia knows if they win and they’re in. A loss wouldn’t eliminate them either, because it’s hard to imagine this team getting blown out. The defense ranks No. 1 in the country by far, allowing a measly 6.9 points a game. Amazing. The Bulldogs rank first in total defense (230.9 ypg), second against the pass (151.5) and fourth versus the run (79.4). In their final tune-up for this game, Georgia took care of Georgia Tech on the road 45-0. The Bulldogs are sixth in the nation with 40.7 points per game with a nice balance. Stetson Bennett is a game-manager and threw for 255 yards and four touchdowns with zero picks on 14-of-20 completions against the Yellow Jackets. James Cook and Zamir White control the run game, combining for nearly 1,300 rushing yards and 17 rushing touchdowns on the season. Georgia is 10-3 against the spread in its last 13 neutral location games as a favorite.

Alabama bounced back from a loss to Texas A&M on the road back in October to make their way back to the SEC Championship Game once again. The season almost came to an end last week at Auburn, but Nick Saban’s team found a way in four overtimes. Alabama is averaging 42.7 points per game – good for fifth overall in the FBS. Quarterback Bryce Young is a Heisman candidate with his strong play this season. He is second in the SEC with 325.1 passing yards per game and tops in the conference with 40 touchdown passes against only four interceptions. The Tide need to protect him better, however. He was sacked seven times at Auburn and 33 times this season. The defense allows under 20 points a game and is third in the country against the run (79.0 ypg). Alabama is 4-1 against the spread in their last five games as an underdog.

All signs point to a Georgia blowout here, but you can never give Nick Saban this many points. It doesn’t happen often. In fact, the last time he was an underdog, he beat Georgia 38-10. This Georgia team will be a lot tougher and if Bama can protect Young, they have a shot here. I’ll take the points and pray. This is not one of my top plays of the weekend. You can find those by clicking on the link below.