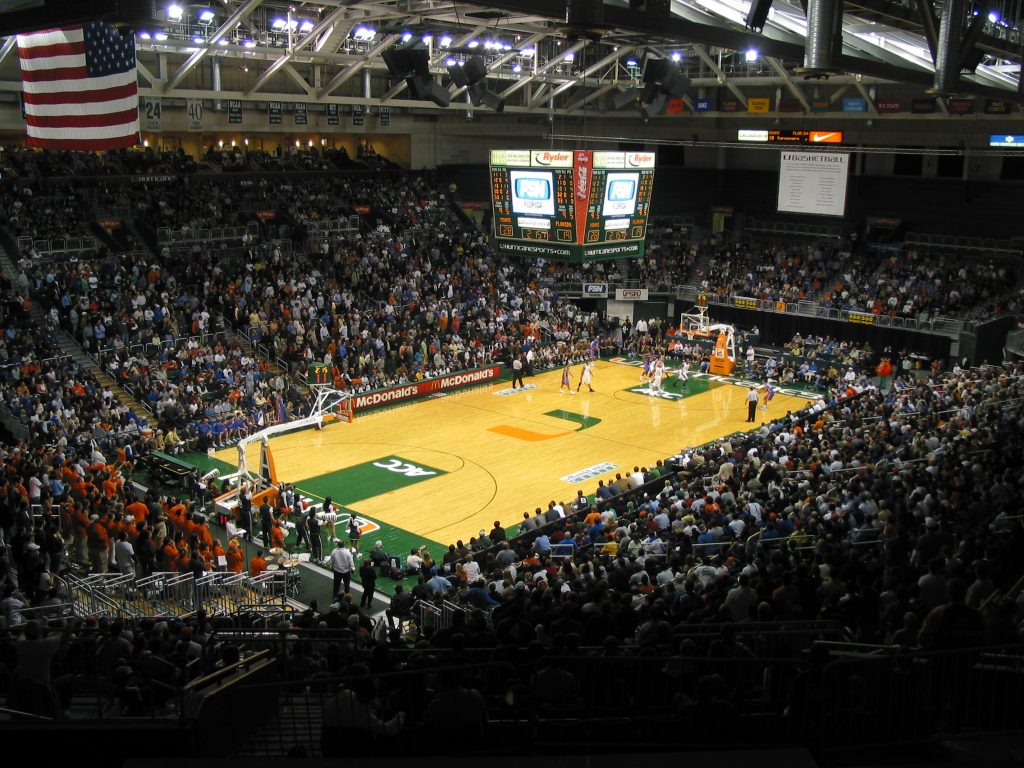 The Miami Hurricanes have hit a bit of a rough stretch, but will be playing their first home game in over a month when they host the Florida State Seminoles on Sunday evening in Coral Gables. The Hurricanes were off to their best start since 2007-08 at 10-0 before dropping two of the last four, including a 64-54 loss at Georgia Tech on Wednesday, and will play their first home game since December 5th. Miami’s turnovers have been an issue of late, coughing it up 15 times in a victory over Pittsburgh last Saturday and recording a season-high 18 turnovers against Georgia Tech. The Seminoles will be playing their third consecutive ranked team to start the ACC season after giving No. 2 Duke a run for their money in a 100-93 road loss to open conference play before holding on for an 81-80 victory over 11th-ranked North Carolina at home last Wednesday. The Seminoles are one of the highest scoring teams in the nation (85.4), but will be tested against a Miami team that is allowing 58.9 points per game and 36.9% shooting overall – both in the top five in the country. Florida State leads the overall series 45-34 after winning both meetings last season, but Miami has won 27 of 40 at home.

Senior guard Braian Angola is heating up with 43 points and eight 3-pointers in the last two games while junior guard Terance Mann leads the team in scoring (14.8) and rebounds (6.2). Sophomore guard CJ Walker scored only 25 total points over a five-game span before pouring in 18 against North Carolina, connecting on 4-of-6 from long range. Forward Phil Cofer had 28 points in the ACC opener against Duke and was held to five on 2-of-11 shooting against the Tar Heels.

The Hurricanes have held nine of 14 opponents to fewer than 60 points, but the offense needs to get going. Miami shot 37.5% from the field against Georgia Tech and are last in the ACC in free-throw percentage (63.0). Sophomore Dewan Huell is the only player averaging more than 11 points (13.4) and shoots 65.5% from the field. Sophomore guard Bruce Brown Jr. contributes 10.9 points along with team highs of 7.3 rebounds and 4.2 assists while sophomore backcourt mate Dejan Vasiljevic (10.3 points) was just 2-for-11 from the field the last two games.

Miami just doesn’t have enough offense to compete night in and night out with the rest of the ACC. Florida State was really impressive in their win over North Carolina and maybe even better in the loss to Duke. The Hurricanes don’t have a huge homecourt advantage and I think the Seminoles prevail here.