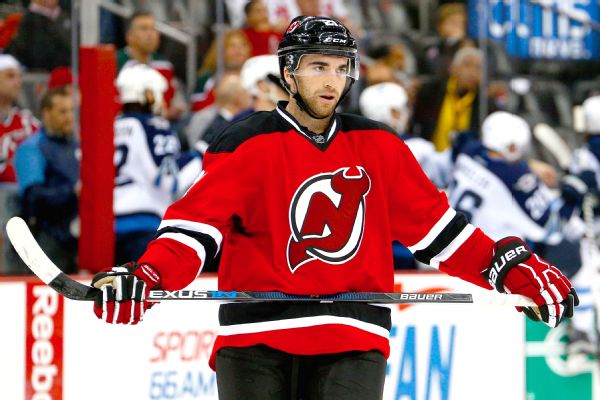 The Buffalo Sabres were the darlings of the NHL over the first few months of the season, but have slowly been dropping in the standings and currently site in the eighth and final playoff spot in the Eastern Conference with two of their best players sidelined at the moment. Buffalo will try and get back on track when they host the New Jersey Devils on Tuesday night. The Sabres might not have the services of superstar forward Jack Eichel after sitting out the past two games due to an upper-body injury but he did practice on Monday and will be a gametime decision come Tuesday according to coach Phil Housley. Buffalo has lost four of its last five (1-3-1) and scored a combined five goals in the four defeats and are in no rush to bring back their franchise player too soon. New Jersey also is missing its leading scorer in reigning NHL MVP Taylor Hall, but are 4-2-0 without him entering the finale of a four-game road trip. The Devils own a six-game point streak (5-0-1) against the Sabres and have won their last six visits to Buffalo. New Jersey is currently 11 points out of a playoff spot in the East.

Goaltender Keith Kinkaid will most likely start in this one after rookie backup MacKenzie Blackwood was injured in Friday’s win at Arizona and was not available in Sunday’s loss to Vegas. Because the Devils did not practice on Monday, no medical updates on Hall or Blackwood were available. Kinkaid has won all three career starts against the Sabres while stopping 80 of 83 shots. Center Nico Hischier, the top overall pick in the 2017 draft, has scored in back-to-back games to give him five goals and nine points over his last 10 contests. Forward Kyle Palmieri has eclipsed 20 goals in four straight seasons but has just two in 10 games against Buffalo in his career.

Eichel isn’t the only wounded warrior for Buffalo, as forward Sam Reinhart missed practice for the second straight day due to an illness and that would leave Buffalo without two-thirds of their top line if he and Eichel can’t go. Forward Zemgus Girgensons went through his first full practice with the team since Dec. 22 and skated on a line with Casey Mittelstadt and C.J. Smith. Backup goalie Linus Ullmark has started the past two games with starter Carter Hutton mired in a six-game winless drought (0-4-2).

Injuries or not, this Buffalo team is struggling right now, while the Devils are playing pretty good hockey, especially on the road. Most books don’t have an overnight line on this, but Bovada does. I’ll grab New Jersey at +110 while I can.