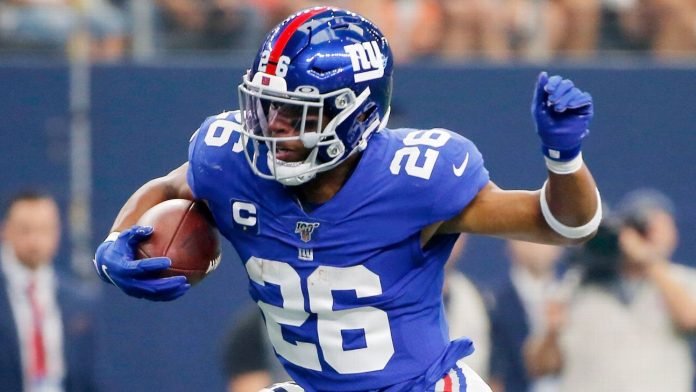 The New York Giants may only have a point differential of +4 but that’s good enough for a 2-0 start and first place in the NFC East. The Giants will host the Dallas Cowboys on Monday Night Football to conclude the Week 3 schedule and seek their first 3-0 start since 2009. New York opened the season with a 21-20 come from behind victory at Tennessee then held off the Carolina Panthers 19-16 in Week 2. With Dak Prescott out for the Cowboys, the Giants have a chance to take advantage and reverse a bad trend in the head-to-head matchup. Dallas has won nine of the last 10 meetings and have covered eight of those contests. The Giants are slight 1-point favorites on Monday with a total of 39.

Dallas’ offense has not surprisingly been ineffective, but they did pull out a 20-17 home win over the Cincinnati Bengals as 7.5-point underdogs last week in their first game without Prescott. Cooper Rush wasn’t spectacular, but he did set up the game-winning field goal on the final drive. Rush is now 2-0 in his career as a starter after passing for 325 yards, two touchdowns and one interception while leading Dallas to a win over the Minnesota Vikings last season. Dallas tight end Dalton Schultz (knee) is questionable for Monday’s contest after sitting out Thursday’s practice. Safety Jayron Kearse (knee) and guard Connor McGovern (ankle) missed practice as well and have been ruled out.

Rush was 19-for-31 for 235 yards with a TD and no turnovers in last week’s victory. Michael Gallup, projected as the No. 2 receiver, has yet to play as he recovers from a knee injury and is probable for Monday. Dallas’ offense ranks 31st in the NFL at 11.5 points per game. Linebacker Micah Parsons leads the league with four sacks including two last week. He has recorded 17 sacks in just 18 career games. However, Parsons missed Thursday’s practice with an illness, but he tested negative for COVID-19 and the flu. The Cowboys, who are 4-0 against the spread in their last four games on the road, will host the Washington Commanders next week.

Graham Gano was the hero last Sunday, as he kicked a 56-yard field goal with 3:34 to play in the win over the Panthers. Offensively, Saquon Barkley is having a resurgence, and is second in the league in rushing behind Nick Chubb – who played Thursday. Daniel Jones was 22-of-34 for 176 yards and a touchdown last week with no turnovers, but fans want more from him. He should be running for his life on Monday with Parsons on the other side of the ball. Pass-rusher Kayvon Thibodeaux, the No. 5 overall pick in this year’s draft, could make his NFL debut on Monday. Giants defensive end Azeez Ojulari (calf) also is hopeful of making his season debut.

This could be an ugly game to watch, but it should be a close contest. Dallas still has the better overall team and some would say Cooper Rush is just as good as Daniel Jones. New York has all kinds of trouble with Dallas, and that should continue Monday night.