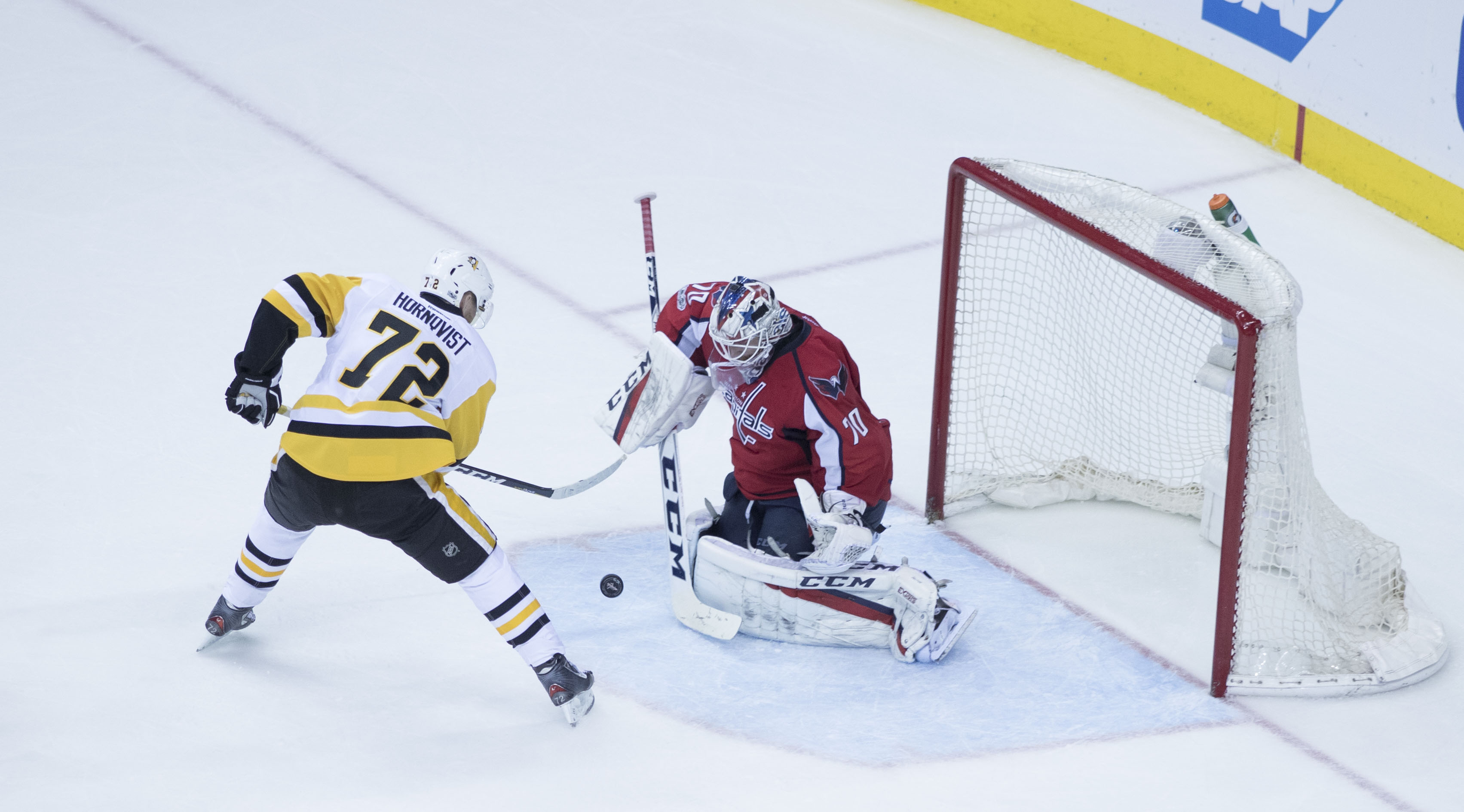 The Washington Capitals knew they need to do something after dropping the first two games of their first round series at home to the Columbus Blue Jackets, or they would suffer yet another early postseason exit. Washington came back to Columbus for Game 3 and started veteran goalie Braden Holtby, and he’s turned aside 95 of 101 shots in the last three games – all Capitals victories – and now its the Blue Jackets who are feeling the pressure to stay alive. Columbus head coach John Tortorella – who never shies away from telling the media how he feels – guaranteed a win for his club in Game 6 after the overtime loss in Game 5. “I won’t have to say a damn word to (my team). We’ll be back here for Game 7,” Tortorella said right before walking out of the press room. Nicklas Backstrom capped a two-goal performance by scoring 11:53 into overtime in Saturday’s 4-3 win to give Washington a 3-2 series lead. Checking forward Matt Calvert (team-leading three goals) recorded his second career two-goal performance in the playoffs in Game 5 and Alexander Wennberg added an assist in his first game of the series, but it wasn’t enough to prevent Columbus’ third straight setback. Columbus connected on four of their eight power plays in the first two games, but have failed on their last 13 chances over the past three, while the Capitals are 8-for-24 with the man advantage in the series.

Backstrom also added an assist to cap a three-point performance to move into a tie with defenseman John Carlson with a team-leading eight points in the series. Evgeny Kuznetsov scored his fourth goal in Game 5 to pass Alex Ovechkin for the team lead in that category. Ovechkin was held off the scoresheet for the first time since the series opener and saw his multi-point streak end at three games. Defenseman Matt Niskanen, who recorded 29 points in the regular season, has just one point in the series (Game 3 assist).

Oliver Bjorkstrand scored the lone goal in the third period in Game 5, but Columbus was unable to take advantage of a 16-1 shooting edge in the final period. The Blue Jackets inability to score on the man-advantage is nothing new to this club, as they finished the regular season ranked 25th on the power play at 17.2%. Goalie Sergei Bobrovsky had a .900 save percentage or better in each of the first four games before allowing four goals on 29 shots in Game 5. He has allowed three or more goals in seven straight games dating back to the regular season.

Washington has all the momentum in this series and their finally playing with some confidence. They have also won seven straight games on the road. I think there’s too much pressure on Columbus to win this game. I’ll take the Caps.