NBA Basketball News, Odds, Previews, and Free Picks Canada Homing in On a Spot at the Olympics 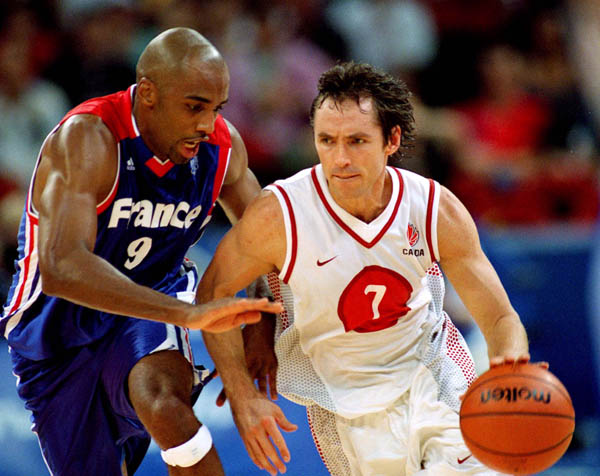 On 15th November 2019, Canadian basketball was given a huge boost when it was announced that Victoria and in particularly, the Save-On-Foods Memorial Centre would host the FIBA Olympic Qualifying tournament, the tournament to determine which countries will compete at the Olympic Games 2020 hosted by Japan. This is a market that punters have already been using best-slots-sites.co.uk to support, with the USA as expected proving popular. Canada missed out on automatic qualification for the Olympics following a disappointing World Cup campaign. However, a silver lining to take away from the World Cup is that Canada did finish within the 17-23 classification, meaning that they did at least qualify for the Olympic Qualifying tournament taking place this year between 23rd – 28th June.

And Canada will be looking to take maximum advantage of playing on home territory and to righting some of the wrongs from the World Cup 2019. That campaign was notable for the players who weren’t actually at the tournament, namely the NBA superstars. Players like Minnesota Timberwolves’ shooting guard Andrew Wiggins, Cleveland Cavaliers’ Center Tristan Thompson and Dallas Mavericks’ Center Dwight Powell all decided against playing at the World Cup, focusing instead on their pre-season training regimes. This might seem strange to fans of other sports to read so many big names dropping out of a World Cup. In soccer, the FIFA World Cup is considered to be the biggest tournament of a player’s career. Tennis Grand Slams are still the biggest tournaments for players although the inaugural ATP Cup could threaten that notion while major championships often define a golfer’s career. But the value and prestige of playing NBA basketball often outweighs patriotism. Like NFL, the lucrative NBA contracts are gold dust to some players and the need to stay fit, injury-free and on form is paramount. Couple that with a long flight to China for the World Cup, it is there to see why some players did opt out of playing. But with Victoria, Canada being one of the four host cities for the FIBA Olympic Qualifying tournament, there is renewed hope that the above-mentioned players might take to the court on home soil. As a nation ranked 21st in the FIBA world rankings, Canada relies more on its NBA roster players, like Wiggins, Thompson and Powell than other countries. A full complement of those previously absent NBA stars taking to the court with other talents like Jamal Murray, Khem Birch and Cory Joseph could make a mockery of that 21st position ranking. Canada are also looking to go one further than the 2016 Olympic Qualification campaign where they lost 83-74 to France in the final, therefore missing out on the 2016 Olympics in Brazil. Should Canada qualify for the 2020 Olympics, it would be the first time since 2000 in Sydney that the North American nation qualifies. Back then, Canada produced one of the shocks of the tournament, defeating defending champions at the time Yugoslavia 83-75, with Hall of Famer Steve Nash producing an all-round masterclass.

At the tournament in Victoria, Canada will come up against Greece and China in Group A, while also hoping to potentially face off against one of Uruguay, Czech Republic or Turkey should they reach the final. If working off the world rankings table, Greece (7th) and Raptors target Giannis Antetokounmpo are expected to provide the stiffest competition while Czech Republic and Turkey aren’t far behind them in 10th and 15th positions respectively. With only one spot at the Olympics to fight over for these six countries, the pressure is really on this tournament and Canada will be hoping that their big guns are on the court to help cement Canada’s emergence in the basketball world. The Toronto Raptors also became the first Canadian team to win the NBA Championship when they defeated Stephen Curry’s Golden State Warriors in the sixth game to claim a 4-2 victory. Transforming domestic successes to the world stage is surely the next objective for Canada.