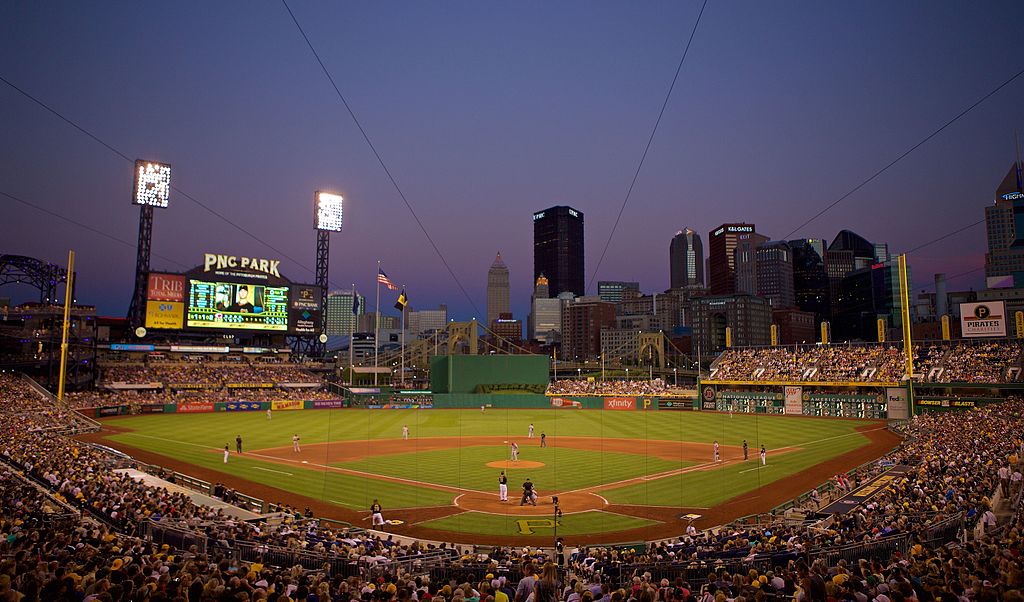 The suddenly resurgent Pittsburgh Pirates will get a big bat back in the lineup on Tuesday night when they host the Milwaukee Brewers in the second of a four-game series at PNC Park. Starling Marte makes his long-awaited return to the lineup after serving an 80-game suspension for testing positive for the performance-enhancing substance Nandrolone. Marte, suspended on April 18th, will be in left field for the Pirates on Tuesday. Marte batted .390 against Milwaukee during his All-Star season in 2016. Pittsburgh took the opener on Monday 4-2 thanks to a 4-for-4 effort from Gregory Polanco, who also threw a runner out at the plate. Pittsburgh won for the eighth time in 10 games to pull within six of first-place Milwaukee in the National League Central. The Brewers, who have dropped back-to-back games for the first time since June 27-28, will go with the struggling Junior Guerra tonight. Brewers catcher Stephen Vogt will have an MRI exam on his left knee after exiting Monday’s game following a collision at home plate. Brewers 1B Eric Thames, who has cooled-off since a hot start in April, has multiple hits in three of his last five games. Milwaukee’s lead in the Central is down to 3.5 games over the Chicago Cubs.

Guerra will go for his first victory since May 31st and will hope to go longer than he has in his last three outings. He took a liner off his shin against the New York Yankees last time out and was out after 3.1 innings. He pitched four innings in each of his previous two starts, allowing a combined 12 runs and 16 hits in a pair of losses. Guerra faced the Pirates on June 21st, giving up three runs and seven hits along with a season-high five walks.

Ivan Nova is back on track (4-2 last six starts) after beating the Chicago Cubs on July 8th, allowing two runs on three hits over 6.2 innings, although he gave up a pair of homers and has surrendered 10 in his last seven outings. Nova was hit for four runs and a season-worst 11 hits over seven innings in a loss at Milwaukee on June 22nd. Travis Shaw is 7-for-10 with two homers and five RBIs against Guerra.

The Pirates are playing well right now and are still a threat to win the division. They get Marte back and I think he has a big game tonight to help Pittsburgh pull closer to the Brewers in the Central.