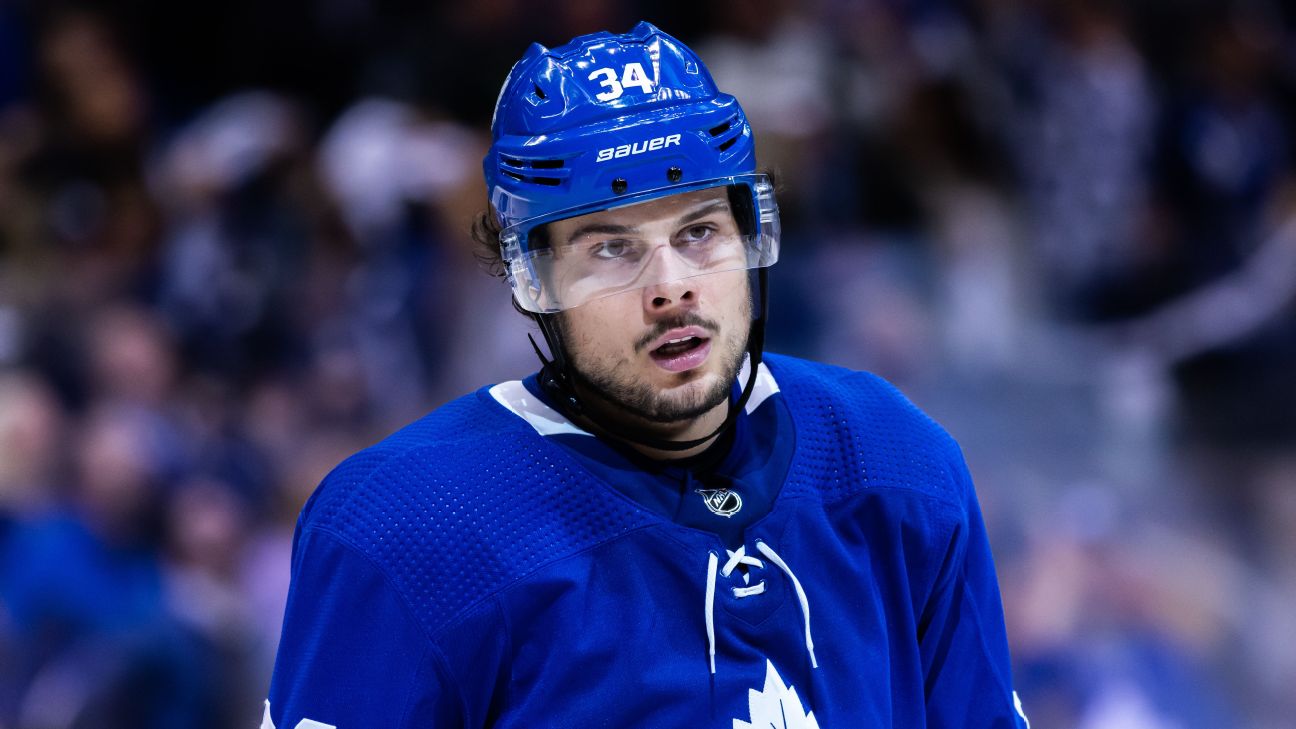 Since bursting onto the scene as a raw young talent, Auston Matthews has shown every indication he could become one of the biggest stars in the NHL for years to come. Having scored five goals in the opening three games of the 2019-20 season, the 22-year-old is already setting his sights on being the top scorer in the competition this year.

As a junior player with the USA Hockey National Team Development Program, Matthews smashed the points record with the US National Under 18 Team during his second season, scoring 116 points via 55 goals and 61 assists. The next step in his development was to go professional in the Swiss National League with the ZSC Lions, rather than continue as a junior or amateur. This proved a bold yet successful move, leading to his selection in the 2016 Entry Draft by the Toronto Maple Leafs as the first overall pick.

The 2018-19 Regular season concluded with Matthews registering 37 goals and 36 assists from 68 games. Most pleasing for the Maple Leafs and the player himself is the excellent level of consistency, with the young forward becoming a highly reliable source of points for his team. Those previous career statistics, matched by a powerful start to the 2019-20 Regular season, indicate that Matthews is showing absolutely no signs of slowing down.

Such is the confidence that he is now well into peak career form with the Toronto Maple Leafs, NHL betting odds have Matthews at +550 to be the Top Goalscorer in the competition for the 2019-20 season. This is even ahead of the great Alexander Ovechkin, the leading NHL scorer last season now priced at +650 as second favorite for the current campaign, with the Russian superstar also having lifted the Maurice “Rocket” Richard Trophy 8 times during the last 12 seasons.

Interestingly, Matthews is also priced ahead of his Maple Leafs teammate and captain, 28-year-old John Tavares, who ranked third in the NHL scoring charts last season, scoring a career-best 47 goals in 82 games. Currently having such a potent pair of forwards in their ranks makes Toronto a force to be reckoned with, particularly as they’re also considered to be one of the strongest contenders to win the Stanley Cup this season.

Nevertheless, even with such great scoring potential in their team, the Maple Leafs still have a huge challenge ahead of them during the 2019-20 campaign. Winning the Atlantic Division should be a foregone conclusion, while they’re also looking like a good bet to top the Eastern Conference come the end of the regular season.

However, winning the Stanley Cup is an entirely different challenge via the post-season playoffs. No Canadian team has achieved that feat since the Montreal Canadiens in 1993. The Maple Leafs haven’t done it since 1967, although maybe with the help of Matthews in top scoring form, this might be the season their wait comes to a glorious end.