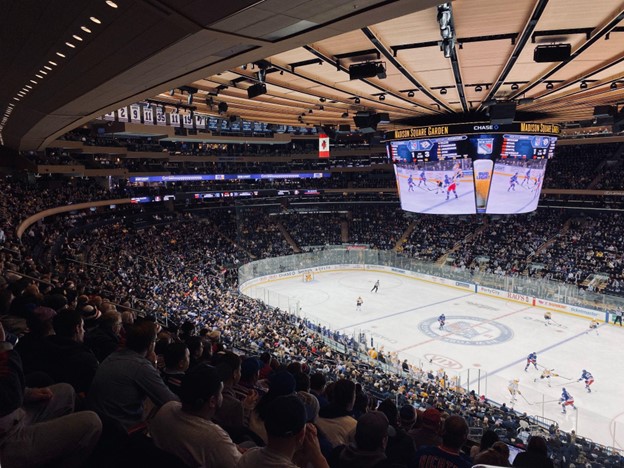 The NHL Draft is an annual event where hockey players get scouted by franchises of the National Hockey League (NHL). It’s a great opportunity for talented hockey players to become professionals. The event has held every year since the first draft in 1963.

The long-awaited 60th NHL Entry Draft is around the corner. It’s scheduled to begin on July 7-8, 2022, at the Bell Center in Montreal, Quebec. Many hockey players are getting prepared for the event, hoping to get picked for the professional league.

As always, NHL betting will also come to light, as 2022 prospects have proven to be talented and very competitive. Many punters will want to capitalize on the uncertainties surrounding who makes the draft to make money.

There have been news and propaganda around the 2022 Draft. For instance, there are several rumors that there’s a high possibility that Montreal Canadiens might select the talented prospect, Shane Wright, who plays for OHL’s Kingston Frontenac. While this and other buzzes may be true, we’ll never know until the start of the draft. So it’s advisable to not take these gossips too seriously, especially if you’re betting on the drafts.

Eligibility For Selection In The 2022 NHL Entry Draft

Ice hockey players between the ages of 18-20 are eligible for the 2022 NHL Entry Draft. Players drafted in the 2020 NHL Entry Draft but have not been signed by an NHL team are also eligible to re-enter the draft.

The National Hockey League has announced that the 2022 Draft will be held at the Bell Center, Montreal, in Quebec. Montreal has hosted the event so many times in the past with great success and doing it again promises to be an awesome experience.

The NHL 2022 Draft will be held from Thursday, July 7 to Friday, July 8. The first round will take place on Thursday, while the second to seventh rounds will be held on Friday.

Thousands of amateur hockey players across the country have entered the pool to be drafted by NHL teams for the 2022 season. According to pundits and experts, here are the top five prospects out of these many exciting talents.

The 18-year-old plays in the center, and he has played for the Kingston Frontenac in the past. Shane has been ranked #1 by sports blogs like Elite Prospect, Consolidated Ranking, Mckeen’s Hockey, and many others.

Even EP Rinkside says he has a sniper release as a dynamic playmaker, making him one of the most exciting drafts ice hockey could see in 2022.

If you’re looking forward to a stunning player who can fend off attackers, knock them into the defensive, and create turnovers in the offensive zone, you should look toward left-wing sensation Gauthier Cutter.

The 20-year-old has an NHL-fit skating ability, which makes him one of the relentless athletes in the sport. He’s one of the very few who can cut through defenders, set up offenses, and shoot anywhere on the rink.

The 18-year-old prospect is one of the top-rated players in the 2022 Draft. He’s just ranked behind the dynamic duo of Logan Cooley and Shane Wright.

Savoie is known to be as relentless as Shane, and his speed, vision, and shot technique distinguish him as a player to watch out for. He’s great with offensive threats, as seen so far.

Perhaps the next rated top center player in ice hockey, Logan has played with veterans and considered an incredible athlete.

Logan has led the national team to success in the junior category already. You can only wait to watch him unfold in the rink come July.

While Pavel needs to improve his defensive game, he’s doing incredibly well in his overall game. He presently has great OHL points, and he’s making up for his loss at the Saginaw of the Ontario Hockey League with some impressive performances. He’s a stunning player on the rink on his day, and he’s one to look out for in 2022.

The event’s first round will be live on Sportsnet, TVA Sports, and the ESPN channels. The second to seventh round broadcast stations are yet to be disclosed.

With an odds of 18.5%, Montreal Canadiens gets to be the first to pick or select in the 2022 NHL Draft after the victory of 10-2 against the Florida Panthers last season.

The NHL Draft is an event that every amateur hockey player looks forward to. It presents a life-changing opportunity for talented college hockey players to earn a career at the top playing professional hockey.

In the past, the games have been beautiful and exciting to watch, and with the abundance of talents available this year, hopefully, this year’s event will live up to the expected hype and produce great talents for the NHL fans.