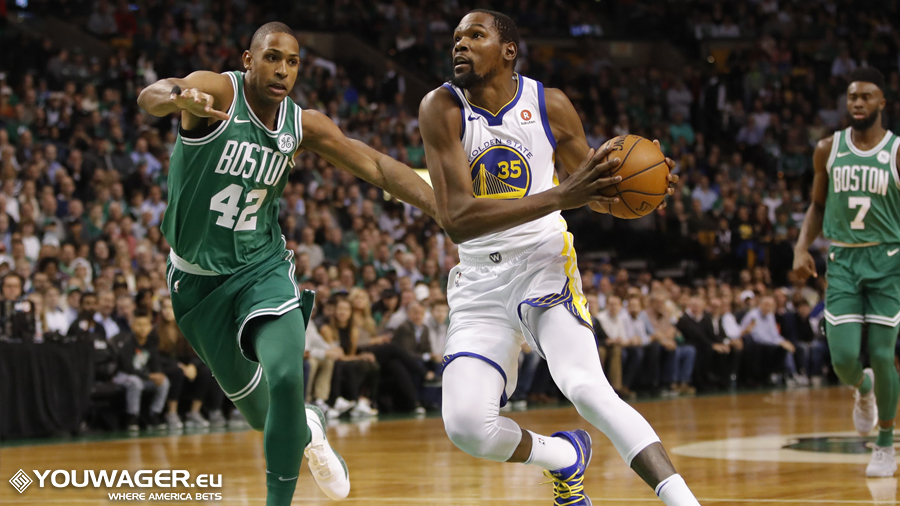 The NBA All-Star Game is done and duster, and when the second half of the season gets underway this coming Thursday night, the battle for playoff spots will really kick into high gear. We have now seen enough of the season to have a good idea of who will end up where when all is said and done, which is why it might be time to take a look at the NBA favorites, longshots, and dark horses. Keep in mind that a lot can change between now and the playoffs, including these predictions.

You need to start this section out with the Golden State Warriors, a team that is the defending champion, and who have dominated the Western Conference for the past few seasons. They do not look as good as they have done in recent years, but this is a team that seems to come alive in the second half and the playoffs.

Over in the Eastern Conference, I think it is the Toronto Raptors that need to be considered the favorites. The Boston Celtics had the lead for a large portion of the first half, but the Raptors kept chipping away and are now 2 games ahead at the top. They finished the first half on a 7-game win streak, and we just hope that the break doesn’t kill their momentum.

It may seem odd to consider the Western Conference, leading Houston Rockets as a dark horse, but until they can get past the Warriors in the playoffs, it’s the label that they are going to need to wear. The second half will tell us all we need to know about this team. The San Antonio Spurs may well be the team that could upset the apple cart here, although they are not as good as they have been in recent years.

The Boston Celtics have fallen into dark horse territory after a poor end to the first half of the season. If they continue to slide, the Cleveland Cavaliers may well run them own for the #2 seed. The Cavs looks rejuvenated after all the moves they made at the trade deadline, but can they keep that going or will the drama once again start to bubble to the surface?

The teams that we are going to talk about here are not the team that I think can win the NBA Finals, although they are teams that might just have what it takes to get on a roll in the playoffs. In the West, the Minnesota Timberwolves might be a team to keep an eye on, particularly if they can stay in the #4 spot. That would guarantee them home-court advantage in the first round, and when you consider that they are 24-7 in their own building, they would need to be favorites to move on.

Over in the East, the Washington Wizards are the team that needs to be paid attention to. They are above .500 at home and on the road, so they will have nothing to fear whether they have home court advantage or not. The Milwaukee Bucks are another team that I like as a dark horse, especially if the Celtics do drop all the way down to the #3 spot. We could be looking at a potential first-round upset there.

Register here and review all NBA odds at YouWager.eu, it will be available for all the games on the schedule.